If The United States Was a Third-World Nation, We Might Suspect There Was a Silent Coup Happening
Opinion

If The United States Was a Third-World Nation, We Might Suspect There Was a Silent Coup Happening 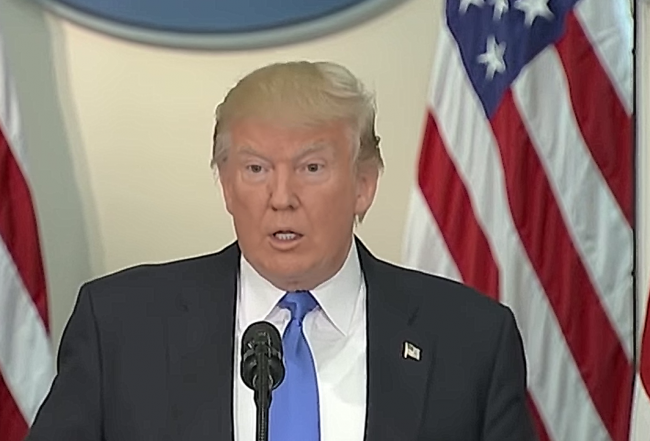 The widely popular ESPN 30 for 30 documentary series always begins their promos with the line, “What if I told you…?” Well, in that same vein, though with my tongue firmly planted in my cheek (I think), “what if I told you?” the following facts about a third-world country…

-They have a charismatic and tough-talking populist president who was recently elected in a massive upset which was condemned by most of his country’s “establishment.”

-This president has failed to get any major laws through his legislature, despite his own party being in control of both bodies.

-He recently had his Chief of Staff suddenly resign and be replaced by a former military general.

-This president announced a major change in policy for military personal and there is no sign that his highly-publicized order has yet to be implemented.

-This president’s hand-selected Director of Communications (who publicly warned that there are people close to this president who were trying to “save” their nation from him), was forced out by this former general after only eleven days on the job and was escorted off the property.

-Several of this president’s cronies have just been removed from his National Security Council by a military general whom his supporters loathe.

-This president has publicly chastised his country’s chief law enforcement official, a loyal political ally, and was rumored to be ready to fire him, but that shows no sign of actually happening and it appears the new Chief of Staff has forbidden any such action.

-It was recently leaked to the media, apparently by very close aides, that this president helped his son write a false cover story to explain a possibly criminal meeting during his campaign with representatives from a foreign adversarial power.

-This country’s legislature overwhelmingly approved sanctions on this same foreign power and specifically curtailed the power of their president to change these sanctions.

-This president, clearly under great duress, finally signed this sanctions bill into law, but not until after complaining greatly about doing so.

-This adversarial foreign power then called this president “impotent,” and this president responded by blaming his own legislature for the poor state of their relations with them.

-The transcripts of two key and very embarrassing phone calls this president had with foreign leaders are then also leaked to the media.

-A Special Counsel, empowered to investigate this president’s campaign dealings with this adversarial foreign power, then empaneled a Grand Jury in the very city where this president (sometimes) resides.

-Prominent members of this president’s own party made it publicly clear that any effort by this president to fire this Special Counsel will be met with extraordinary efforts to stop this from happening.

-This president’s security detail announced that it was abandoning protection of his personal residence.

-His legislature, before going on summer recess, made a special effort, in a unanimous decision, to prevent this president from using a key power while they are gone.

Well, if you heard all of that about some small foreign nation, you would probably conclude that this president was, at the very least, in very serious trouble. You might even assume that he was in the process of being removed from office in some sort of silent coup.

If you wanted to engage in this inconceivably fantastical conspiracy theory (with all the leaks in D.C. these days it would obviously be impossible to keep this remotely quiet), there is even a motive, or tipping event, to trigger it which fits the timeline rather well. Obviously it must have been Trump’s recent bizarre meeting with military leaders on Afghanistan which finally convinced them he needed to be neutralized.

The point I am trying to make here is NOT that this conspiracy theory is real (I am, as a rule, an ardently ANTI-conspiracy person). But rather that it is fascinating to realize how much of our perspective on events is shaped by the prism through which we view them.

Because we rightly think of the United States as a place where nothing like this could ever possibly happen, it never even occurs to us that it even might be. Even though if the very same facts were present elsewhere, it would appear rather obvious that it was.

So, no, I don’t believe that Trump is in the process of being removed from office by those around him who fear for the future of the country if he stays. However, in the long run, he is still in big trouble.