No, HuffPost Did Not ‘Confirm’ That Trump Never Met Bechard, But the Report is Still Significant
Opinion

No, HuffPost Did Not ‘Confirm’ That Trump Never Met Bechard, But the Report is Still Significant 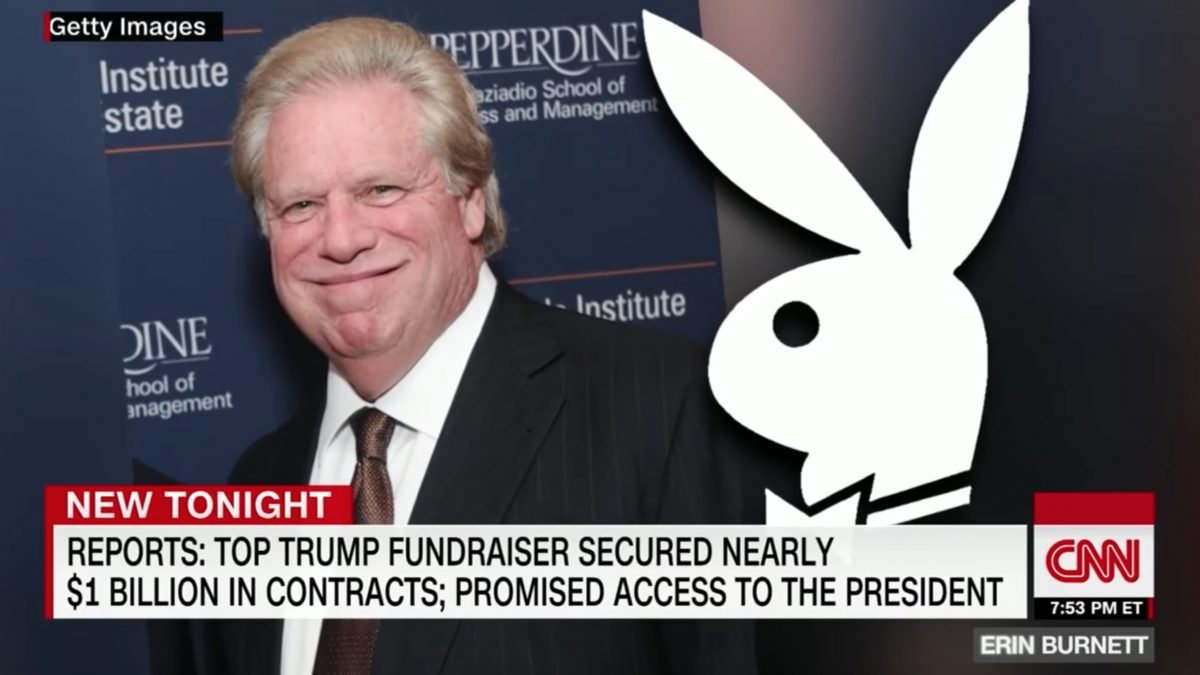 Last night, HuffPost published a story by reporter Yashar Ali, which he claimed “confirmed” that President Donald Trump has never met former Playboy playmate Shera Bechard. The conclusion, reached by Ali, was bizarre on multiple levels, and is not supported by the known facts or basic logic. However, his story may still have significance for the strange saga which has been bubbling just underneath the ground of the mainstream media’s accepted news cycle, seemingly ready to burst through at nearly any moment.

The primary reason Ali’s story was rather peculiar is that it sought to disprove an enormous negative (stating that two adults have never met, while not quoting either of them), and one that, to most of the mainstream media, is not even remotely in question or at issue. After all, they have almost universally accepted the conventional wisdom that it was former GOP fundraiser Elliott Broidy who had an affair with Bechard which resulted in a pregnancy and abortion, because he agreed to pay her — though he has now stopped doing so — $1.6 million to cover it up.

While the story (and Ali’s promotion of it on Twitter) claimed to prove that Trump and Bechard have never met, a task which would be impressive if not utterly impossible, it failed in that endeavor. The entire article, which is remarkably short, especially given the complexity of this case, is based solely on two anonymous sources “familiar with the matter” and “unaffiliated with Trump,” who provided not even one quote.

Think about that. Two people about whom we don’t know anything, who are only described as “familiar” with the situation, and are not even quoted, have apparently told Ali that Trump and Bechard have never met. Well then, I guess I need to start working on my public apology for writing three columns suggesting that the known evidence indicates that Trump might have been the real adulterer with Bechard!

Now, for context, Ali and I have battled often on Twitter. He has done a lot of reporting on the #MeToo movement, some of it rather good, but in my view he has been far too eager to jump all over accusations before they have been remotely proven (conversely, he seems to wrongly think that I am a moron who never believes any allegation of abuse). That’s why I was particularly stunned to see him, no fan of Trump, stepping in so strongly in a way which sought to disprove an allegation, which some might consider sex abuse, against the president (it’s almost like he’s a perfect target for someone with a vested interest in scaring the media off this story).

Interestingly, since I knew that I have become at least somewhat known as a promoter of law professor Paul Campos’ Trump-Bechard theory, I decided, in the pursuit of truth, to tweet Ali’s story to provide the other side of the story, while respectfully pointing out that the sourcing was rather thin and his conclusion unproven. He immediately responded to me by saying, “God you’re such a jerk. Oh well.”

I then asked him, twice, very directly, whether, since he thinks he has “confirmed” that Trump and Bechard  have never met, whether he has any evidence that Broidy and Bechard have ever met and, if not, how is that remotely possible, especially in this electronic era, when he is reporting that they had a year-long affair. Just as what happened last week when I asked Wall Street Journal reporter Joe Palazzolo the same exact question, I tellingly got no response.

So there are major media members who are convinced that Trump didn’t have an affair with Bechard, but who can still not produce even a shred of evidence that Broidy himself has ever even met her, and they don’t appear to be even a little be curious or concerned as to why that is the case. I, for one, would love it if someone could please just produce a damn photo of Broidy and Bechard together so that I could admit that I was wrong and move on from this crazy story!

But here is where Ali’s thin sourcing becomes potentially telling about what is really going on. Taking Ali at his word, it seems that his two sources would have to come from Bechard’s sphere. Broidy would clearly have no definitive knowledge of whether Trump had met her, and Ali stated that his sources were “unaffiliated with Trump.” If these were law enforcement sources, then Ali is potentially being rather naïve about their possible level of knowledge as well their potential motivation in speaking to him.

By process of elimination, that then points to Bechard, but saying the sources are merely “familiar” with the matter leads one to believe she was not one of them. Ali tweeted that he still has no strong handle on why Stormy Daniels’ attorney Michael Avenatti was sued by Bechard, so that would seemingly rule out him having spoken to Bechard’s attorney Peter Stris, who has been very tight-lipped on the details. That probably then leaves friends in her circle, but how they would know for sure that something didn’t happen, which, if it had, would have been super-secret, is a mystery to me.

Assuming Ali’s sources are from the Bechard “branch,” this still does tell us some potentially important information. For instance, this would appear to make it clear that Bechard, regardless of what the truth may be, is not about to tell Avanetti in their scheduled July 16th deposition that she was impregnated by Trump. If so, that could be because she really did not have an affair with the president last fall, or it could be because she is still trying to get paid the over $1 million which she is still owed by Broidy.

But here’s what might be the most important element of Ali getting so little from people potentially in Bechard’s universe: the utter absence of evidence of an affair with Broidy. If Bechard really wanted to torpedo this Trump theory, all she would have to do is give one of her friends a properly-timed photo, a text, or an email involving her and Broidy, and yet Ali got nothing remotely like that from his two sources. Based on what we currently know, that is potentially very revealing.

Here are the bottom lines of this situation after this latest development: