The McClatchy ‘Michael Cohen Was In Prague’ Story Has Significant Problems 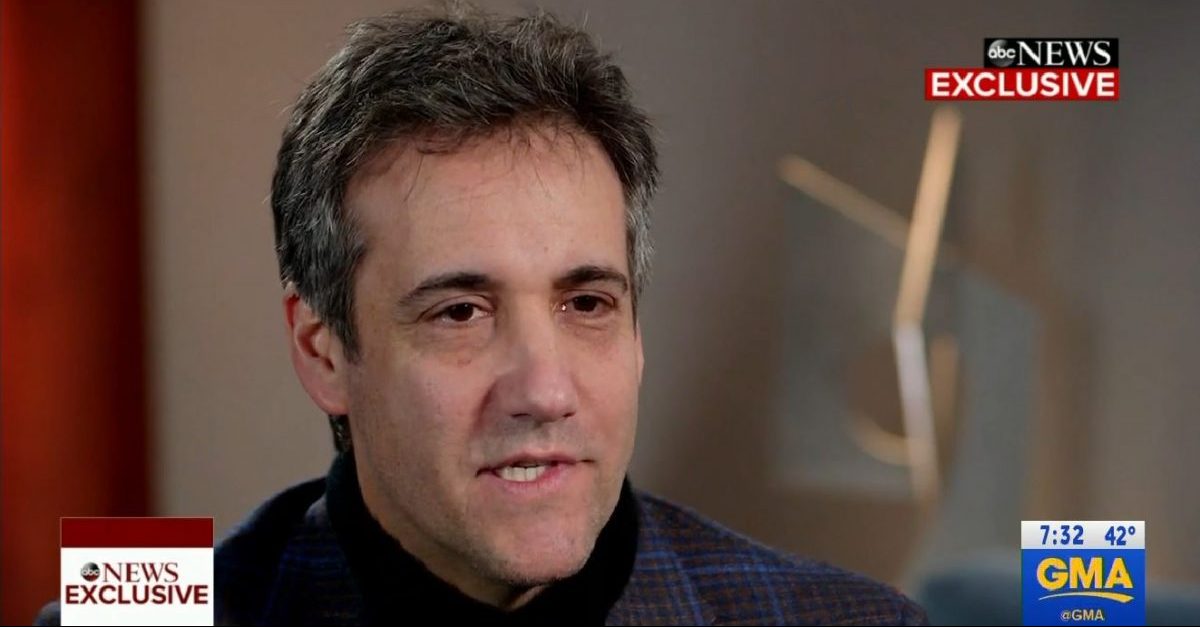 Recently, I did an extensive interview with investigative reporter Michael Isikoff, the co-author of the book Russian Roulette about the Trump/Russia relationship, which made headlines because President Donald Trump decided to cheery-pick it for his own purposes. The essence of what Trump and his state-run media deemed so news worthy was that a Trump critic was acknowledging that the infamous Steele Dossier has significant issues. Specifically, that the story of Michael Cohen meeting with Russians in Prague during the 2016 election seemed to have been discredited.

So, when yesterday McClatchy reported, based on multiple sources, that Cohen’s cell phone had pinged off a tower outside of Prague during the time period mentioned in the dossier, I was one of many commentators who was instantly interested in the details. As has happened all-too-often during this never-ending saga, the story seemed pretty solid at first, but has since, rather quickly, become questionable.

On the plus side, McClatchy’s report, which would be a huge piece of a “collusion” scenario if it were true, cites four separate intelligence sources — who they say have been reliable in the past. The specificity of a cell tower ping during the time-period in question, which obviously would include powerful documentary evidence, lends more credibility to the claim than just a simple allegation that “Cohen was in Prague.”

For those who have been championing the full-on “collusion” theory (for the record, I have always been on the fence on this issue, trending, like Isikoff, against it) this is an irresistibly juicy tidbit, regardless of the lack of hard evidence behind it. The dozens of Trump/Russia “experts” who run a cottage industry of conspiracy theories on social media, helped immediately rocket-launch the story to the top trending item on Twitter.

However, there are also several good reasons to be highly suspicious of the report. None of their sources are named, or even very well described. They did not produce any cellphone records indicating that this actually happened.

Most alarmingly, they didn’t even see any cell records and at least some of their key sourcing was second hand (which is another way of saying that it was gossip confirming other sources, possibly creating a false echo chamber of rumors). For a story of this importance, on an allegation this explosive, that is simply not an acceptable level of “evidence” to run with such a report.

There is also the fact that McClatchy is hardly the most prominent news source, that they have already invested themselves in the Prague narrative with a previous report earlier in the year, and that the timing of the middle of a holiday week seemed designed for creating buzz. There is also the very telling element that most of the leading Trump/Russia news outlets and the major television networks either mostly or completely ignored the report, when, normally, if a new bombshell comes from another member of their “club,” they all instantly copy, paste, and share the same story.

All of this was enough to make an objective person be at least skeptical of the story, but then Michael Cohen himself chimed in, on Twitter of all places, to say that it was false. While Cohen is now a convicted liar (who, very oddly, was not charged with lying to Congress about this Prague trip, which presumably Mueller would have already known was a lie), under his current circumstances, for him to be lying now demands a rational explanation, one which is not currently at all apparent.

The rationalizations here on the part of the pro-collusion Twitter crowd have been rather laughable, and extremely consistent with a group of people who are all too invested in their preferred narrative, too trapped in their own bubble, and suffering from too much confirmation bias. My favorite is that Cohen, who would be the linchpin to proving “collusion” if the Prague story is true, was told by Robert Mueller — whom they also believe to be an ethical and smart guy — to proactively and needlessly publicly lie, thus destroying the credibility of both them, so as to not let others being investigated (presumably Trump) know that the evidence is.

This whole drama has been so crazy that at this point almost anything is theoretically possible, but it sure seems a whole lot more plausible that McClatchy simply blew this report, much like it appears The Guardian did when they reported in November that Paul Manafort had met with Julian Assange during the campaign. I both cases the stories, which fed perfectly into a narrative which is known to have a huge and thirsty audience, relied on vague/unnamed sources and documents which the reporters were not able to actually produce.

While impossible to know for sure, at this point the safer bet is that Cohen was not in Prague when the “Steele Dossier” says that he was. What concerns me most about these types of very shaky stories is that they raise expectations to an insanely high level. This increases the likelihood that when Mueller is done, and has extremely damaging evidence against Trump, but which doesn’t include proof of direct “collusion,” that it will be somehow be seen as a win for the president.

It’s almost as if this is happening exactly the way Trump would want it to. Hmmm…