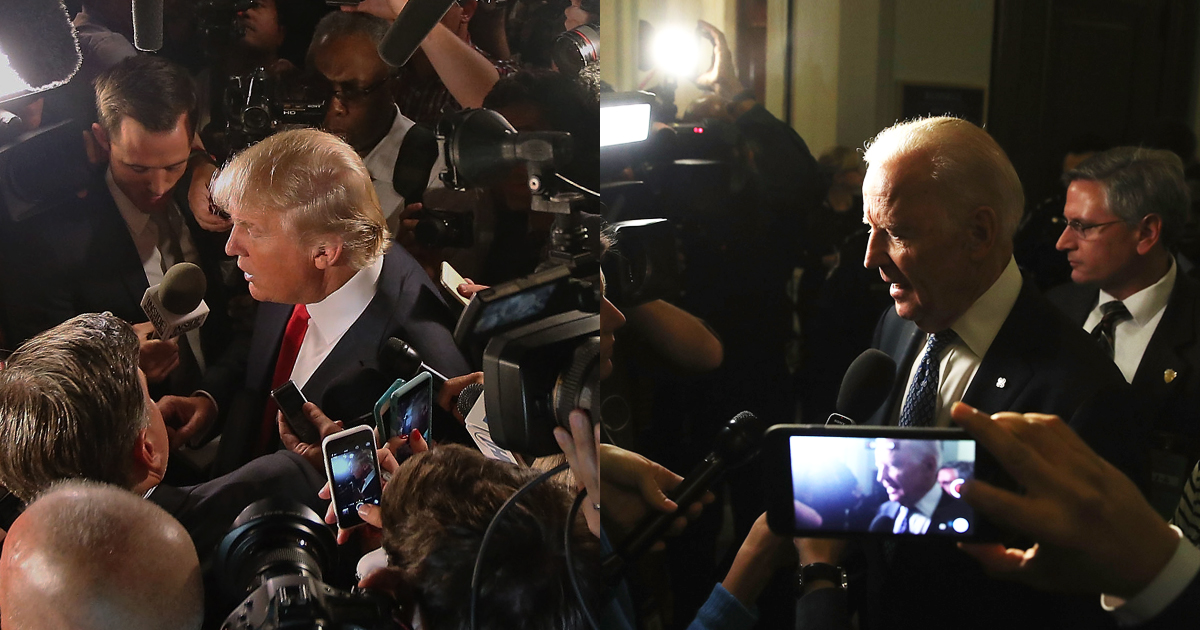 Donald Trump has turned his daily press briefings — which are supposed to focus on a deadly virus that has taken the lives of over 15,000 Americans and counting — into a “substitute” for his “campaign rallies.” That’s not just my view, but also the sentiment of the editorial board of the Murdoch family-owned Wall Street Journal that slammed Trump in a new op-ed titled, “Trump’s Wasted Briefings.”

As the WSJ noted, in “the last three weeks” Trump has pivoted from making the briefings about addressing the coronavirus to where “the briefings are now all about the President.” Why? Well, the WSJ suggests it could be because Trump can’t hold rallies or because “he resented the media adulation that New York Gov. Andrew Cuomo has been receiving for his daily show.”

The WSJ is 100% correct. (Words I never thought I’d write.) Few could dispute that Trump has turned the daily press conferences into a platform for him to score political points — when he’s not trying to undermine the doctors on his own task force, that is.

And now that Joe Biden, after Senator Bernie Sanders suspended his campaign on Wednesday, is the presumptive Democratic presidential nominee, he should be given equal time on the networks. There, Biden could offer his own views — based on science, not “hunches” like Trump does — on how to keep Americans safe, and also about how to revive our economy given that over 16 million Americans have now filed for unemployment over the past three weeks, likely translating into the highest unemployment rate since the Great Depression.

The Depression and Great Recession both began under GOP Presidents, and it took Democratic Presidents — FDR and Obama — to save the U.S. economy, which means it’s likely most Americans will very much want to hear Biden’s economic recovery plan.

For example, during Wednesday night’s coronavirus briefing  — which took place just hours after New York Governor Andrew Cuomo announced during his own press conference that New York State had, in the past 24 hours gruesomely seen its highest daily death toll yet — Trump was using the occasion to slam Biden.

Trump taunted Biden over why Obama had not endorsed him yet, stating, “It does amaze me that President Obama hasn’t supported sleepy Joe,” then suggested there’s a sinister reason Obama hasn’t endorsed Biden, stating, “When is it going to happen? He knows something that you don’t know.”

Why isn’t the media providing Biden with an equal opportunity to respond to this political messaging by Trump?!

Trump has also used the press conferences to spew a litany of lies and misinformation that have possibly misled good Americans to their peril. Just one example was Trump’s repeated false claim that Covid-19 was “a little like the regular flu.” (In reality, the coronavirus is far more deadly and easier to transmit.)

And Trump is now using his press conferences during a pandemic to spew lies about non-medical issues such as Wednesday, when Trump continued to repeat the falsehood that “There’s a lot of fraudulent voting going on in this country” in an effort to build support for not allowing mail in ballots for the 2020 presidential election.  How can any of this be considered a “bona fide”newscast?!

But even beyond the “equal time” rule, as the WSJ noted, Trump appears to be using these press conferences in ways that he thinks will “help him defeat Joe Biden.”

That means other media outlets — network and cable — out of a sense of being truly “fair and balanced,” should offer Biden a daily opportunity to address the nation regarding the virus and his plans to revive the U.S. economy.  Anything less means they have decided to provide Trump with a daily “in kind” contribution to his 2020 campaign simply because they view him as being good for ratings.