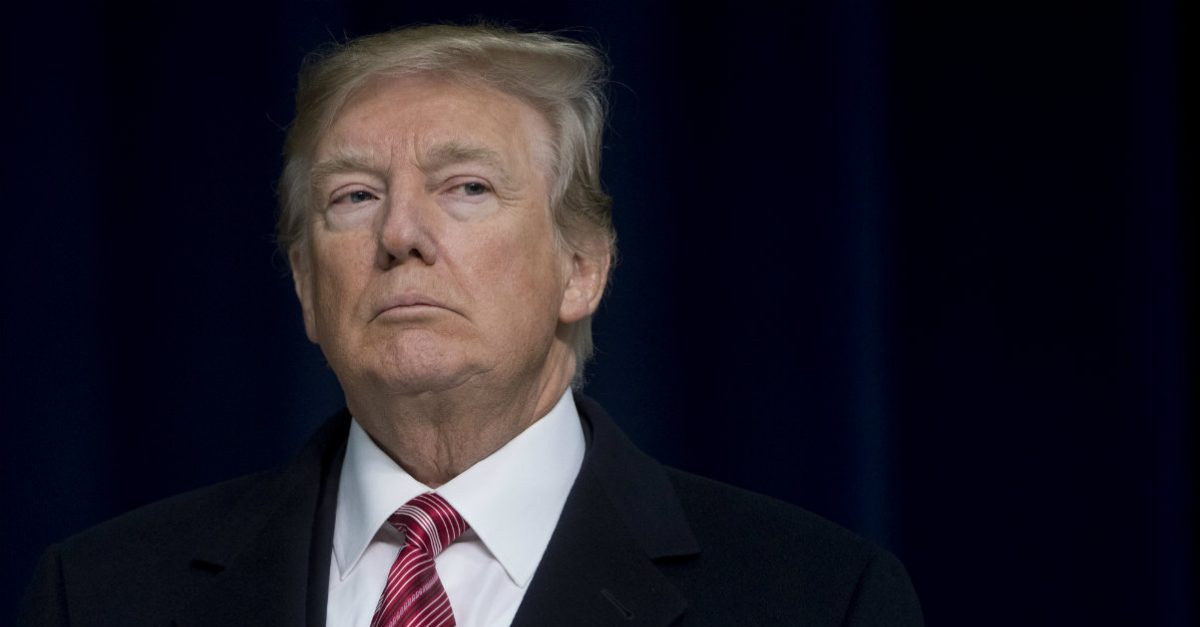 There is no doubt that, at least on paper, this was the worst week of personal news for a president of the United States since Richard Nixon’s resignation. Just to review, since there’s a lot to remember, here are just some of the events with direct ties to president Trump that all happened this week:

With any other president, in any other era, Trump would be toast and it would just be a matter of time before he resigned from office or was removed via the impeachment process. However, a strong argument can be made that, like is so often the case in this new bizarro world, that the opposite of what should be the case is what will actually end up being the final result.

First of all, it is possible that a lot of this news isn’t quite as horrific for Trump as it may first appear, or that it could have been. Manafort could have easily been convicted on all counts. A Cohen trial with actual public testimony from Pecker and Weisselberg, along with these salacious details having time to be fully absorbed, would have been far more politically dangerous to Trump than a super-quick plea deal that wasn’t even the dominant story of the hour it happened.

I am also not convinced, as many other very wise (but possibly compromised by “confirmation bias”) commentators are that the Pecker and Weisselbeg plea deals are as huge as a lot of people are hoping they are. If their immunity was limited, and they each “flipped” on just Cohen and not on Trump, then this may all be much ado about very little (AMI releasing the ex-Trump Tower worker from his NDA may be the best evidence that Pecker really has “flipped” on Trump).

Regardless, it is extremely important to remember that, because Trump is president, this is almost entirely about politics. Facts and the law simply have almost nothing to do with how long Trump will remain in the office.

Just as me and many other observers have predicted, there is not a shred of evidence that Trump has lost any support this week in the three legs which currently prop him up: the Republican base, the “conservative” media, and Republicans in the United States Senate. And there was another development this week that further diminishes the chances of any major cracks in his fortress, no matter what Robert Mueller eventually concludes.

I am referring to Saturday’s devastating news that Senator John McCain has died. McCain was the only person in the Senate in a position to play the role Barry Goldwater (McCain happened to occupy Goldwater’s old senate seat) did in Nixon’s demise. If after Trump is theoretically impeached by the House, and McCain said it was time for Trump to go, his close friend Lindsay Graham and future senator Mitt Romney would have surely followed. This would have provided significant political cover for others to join them and made it very difficult for Trump to dismiss this all a “witch hunt” or a “coup.” It may not have been enough to cause a conviction, but it would have been really close and Trump would have been permanently wounded.

However, since sadly McCain will not be here if and when this happens, much like the death of Charles Krauthammer will prevent anyone significant at Fox News from breaking from the “Cult 45” herd, the Republican cowards in the Senate will hold firm for Trump, just as the Democratic sellouts did during Bill Clinton’s sham impeachment trial.

So, with all of this in mind, here is a scenario which became significantly more likely because of this week’s events:

Democrats take the House in November. They are then forced to impeach Trump. The Senate totally rejects the impeachment as if it is illegitimate. Trump, seeing that the presidency is his greatest protection against legal ramifications, and not wanting to be a one-term “impeached” president, is then forced to run for reelection. Democrats, blinded by rage at Trump, end up nominating an unelectable candidate who plays right into Trump’s hands and he wins reelection.

For at least half of the country, the Trump presidency is like a giant cold sore on our nation’s face. We can’t wait to get rid of it and any sign that it might be healed in short order is understandably embraced, like the mirage of an oasis in the desert sun, far more enthusiastically than reality would warrant.

I wish I had better news, but the most likely outcome is that this problem is not going away anytime soon and it might be here for an extremely long time. It is probably better that we at least prepare for that increasingly probable possibility.