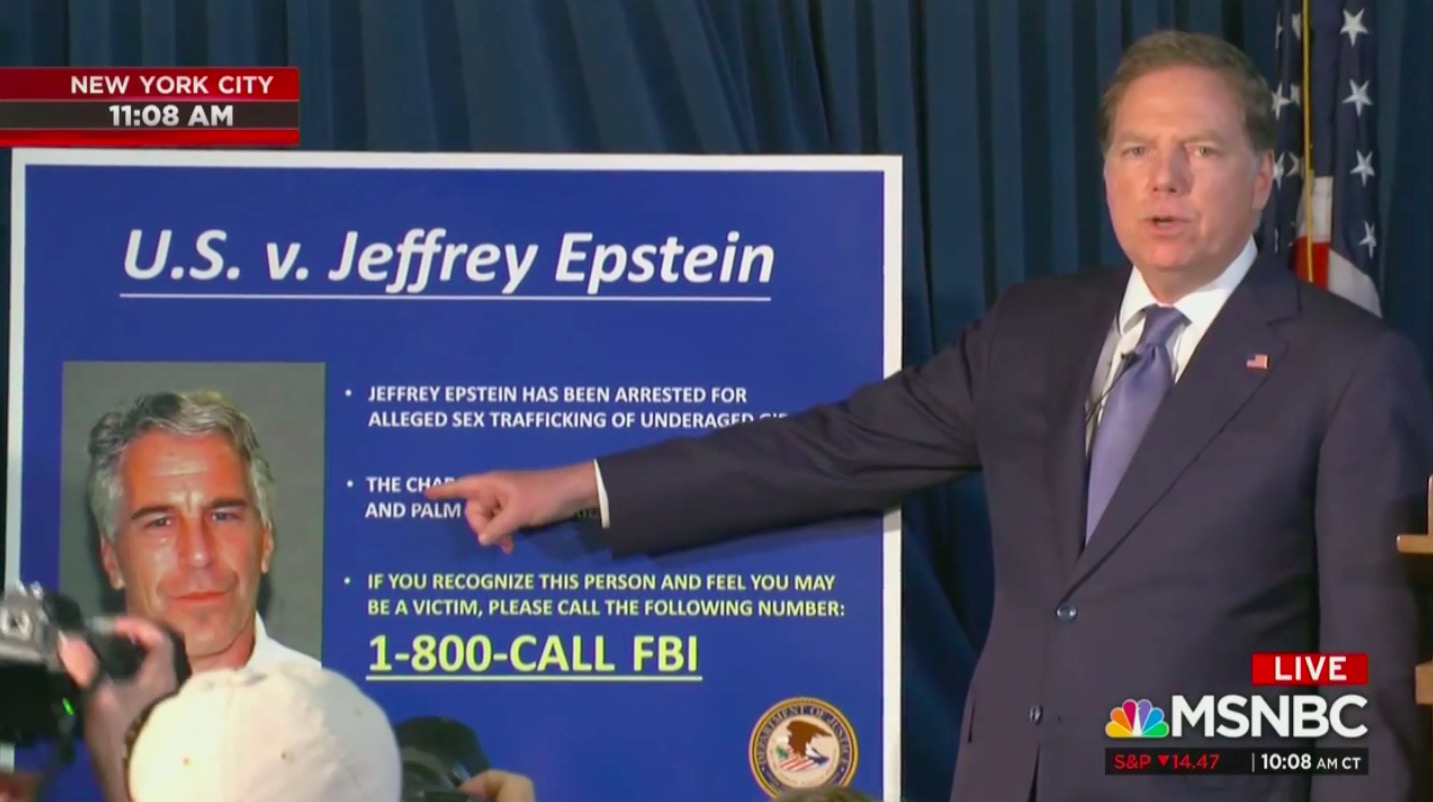 “The charges allege that Epstein abused young girls by enticing them to engage in sex acts for money,” said U.S. attorney Geoffrey Berman.

More than a decade after the politically-connected registered pedophile was gifted a lenient plea bargain in Florida, federal prosecutors charged Epstein in an indictment unsealed Monday with abusing girls as young as 14 at his mansion in New York and estate in Palm Beach.

Berman detailed the alleged abuse of girls by Epstein, who allegedly paid dozens of girls hundreds of dollars in cash for massages that turned increasingly sexual.

“Many of the underage girls Epstein victimized were particularly vulnerable,” Berman said, adding, “they deserve their day in court.”

Berman made a request that more victims to step forward and contact the FBI. “If you believe you are a victim of this man, we want to hear from you. Call this number.”

Epstein was arrested at Teterboro Airport on Saturday after flying on his jet from Paris. The U.S. attorney said that in a search of Epstein’s Manhattan townhouse, police “seized evidence, including nude photographs of what appeared to be underaged girls.”

In a statement, the U.S. attorney’s office said Epstein — whose acquaintances include former President Bill Clinton and current President Donald Trump — created “a network and operation enabling him to sexually exploit and abuse dozens of underage girls.”