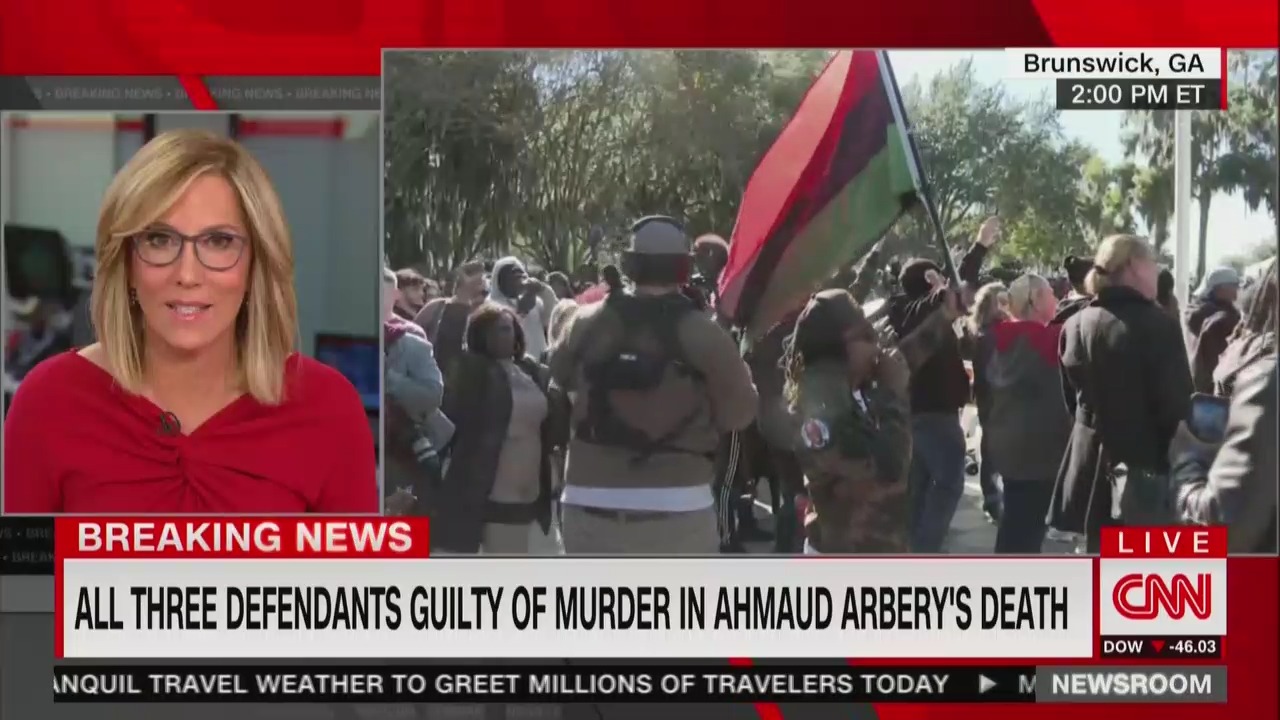 CNN Newsroom at 2 p.m., anchored by Alisyn Camerota, topped its Fox News time-slot competition in the key 25-54 age demographic on Wednesday, ahead of the Thanksgiving holiday weekend.

Minutes before 2 p.m. on Wednesday, three men were found guilty of murder for the killing of Ahmaud Arbery.

Newsroom drew a whopping 401,000 demo viewers in the hour, beating out the 363,000 that Fox News’ America Reports saw, marking a rare moment in the cable news ratings of late: A Fox News program not winning its time-slot. While a few CNN weekend shows — notably Jim Acosta’s program — have bested Fox in the demo in certain hours, it has been a long time since a CNN show has won during the week.

MSNBC’s Katy Tur lagged far behind the competition with only 154,000 demo viewers.

Fox News still won out in total viewers for the 2 p.m. hour, beating both CNN and MSNBC.

Here is a full breakdown of Wednesday’s cable news ratings by show: