Clyburn: Things Like ‘Defund the Police’ Did NOT Help Dems During Election, I Believe It Hurt Jaime Harrison’s Senate Race 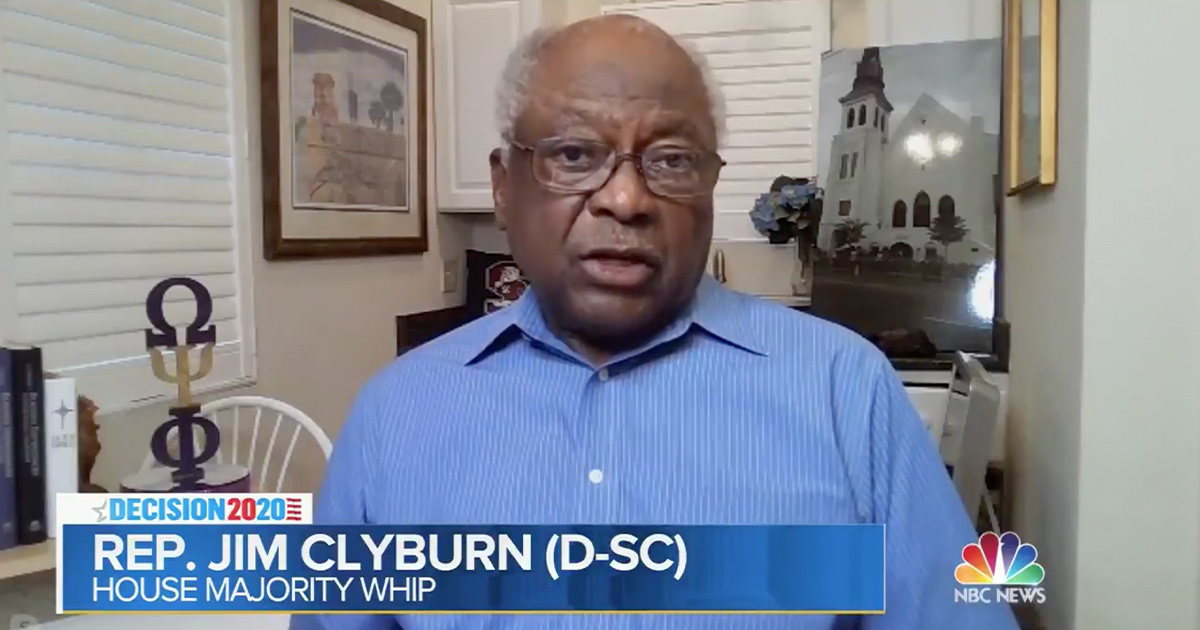 Congressman James Clyburn (D- SC) has been taking a victory lap of sorts, given how his endorsement of Joe Biden during the Democratic primary catapulted the former vice president towards the nomination and now the presidency.

But Clyburn is making it clear that he thinks some of the rhetoric from more liberal Democrats hurt candidates in the election by allowing Republicans to tie things like “defund the police” to them.

WATCH: Rep. Jim Clyburn says Democratic Senate challenger "Jaime Harrison started to plateau when 'Defund the Police' showed up … on TV right across his head." #MTP@WhipClyburn: "I have always said that these headlines can kill a political effort." pic.twitter.com/roZtvauNaj

On Meet the Press Sunday, Clyburn told Chuck Todd that he’s convinced Joe Cunningham and Jaime Harrison lost in his state of South Carolina because of “defund the police.”

“Jaime Harrison started to plateau when ‘Defund the Police’ showed up with a caption on TV right across his head,” Clyburn said. “That stuff hurt Jaime. And that’s why I spoke out against it a long time ago.”

“I just hope that going forward, we will think about each one of these congressional districts and let people represent their district,” he added. “Let’s recognize that people should reflect that diversity in our country.”