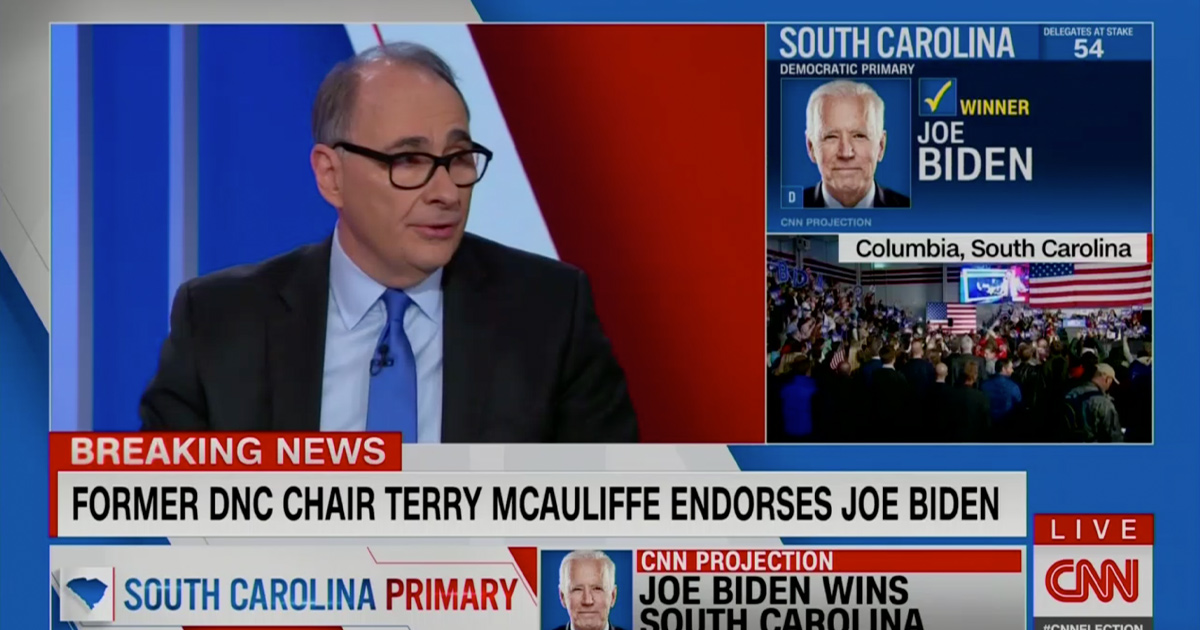 Former Obama chief strategist David Axelrod said that the campaign team who vetted potential vice presidential candidates in 2008 found no evidence of complaints against or misconduct by then-Senator Joe Biden during its investigation.

In a CNN op-ed published on Friday night, Axelrod explained that, while he was not on team that was responsible for doing an in-depth probe of all possible running mates for Obama, he was briefed on the results of their work.

“Dozens of women and men under consideration were reviewed. Those who rose on the list of contenders were subject to a deep-dive investigation of their strengths, vulnerabilities and, of course, any disqualifying defects,” Axelrod explained. “At the top of the list of those contenders was Senator Joseph R. Biden of Delaware.”
Axelrod noted that the vetting team of lawyers was charged with thoroughly examining and dissecting the entire history of any public official, including any salacious rumors or damaging gossip.
“Through that entire process, the name Tara Reade never came up,” Axelrod said, referring to the former Senate staffer of Biden’s who recently accused him of sexually assaulting her in 1993. On Friday, Biden unequivocally denied her claims in person. “No formal complaint. No informal chatter. Certainly, no intimation of sexual harassment or assault from her or anyone else,” Axelrod noted. “The team of investigators, expert in their work, would not have missed it.”
Tbe former Obama aide and current CNN contributor went on to note that Obama and Biden were not close friends before the former chose the latter to run with him on the 2008 Democratic ticket. So, if Obama had deemed Biden any kind of political risk, he would not have picked the Delaware senator to be his vice president.
“Women who come forward deserve to be taken seriously and treated with respect, and Tara Reade’s story should be heard and thoroughly investigated,” Axelrod said, before offering a conclusion that not-so-subtly cast doubt on Reade’s claims. “But it is striking that when an experienced vetting team put Biden under a microscope before he was chosen to be second-in-line for the presidency, neither her allegations, nor anything resembling them in Biden’s history, showed up.”