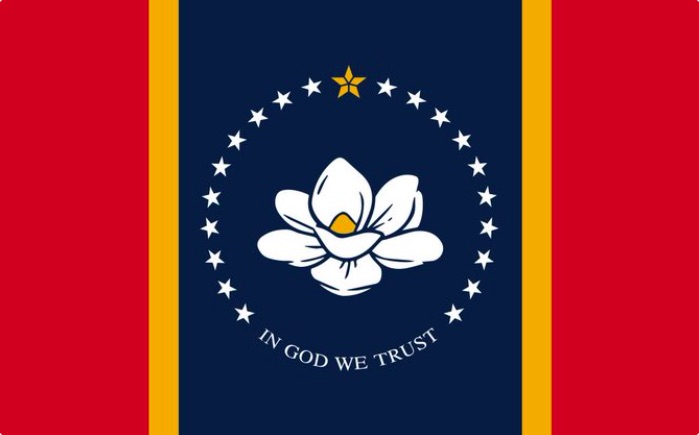 Mississippi voters overwhelming approved a new state flag on Election Day, endorsing a blue field with gold and red vertical bars design, centered with a white magnolia flower ringed with stars and the words “In God We Trust.”

The yes/no referendum on the new potential flag design was listed on the ballot as Measure 3. As of Wednesday with 98% reporting it had easily passed with 71.6% voting ‘yes.’ This design replaces a controversial previous canton version that had the Confederate battle flag in the upper left corner and filled out by three red, white and blue horizontal bars.

The obvious historical connotations of including the former Rebel emblem in the state’s flag had grown increasingly untenable, as every other Southern state that had featured the racist symbol in their state flags had removed it in recent years. That left Mississippi’s flag as the lone holdout. 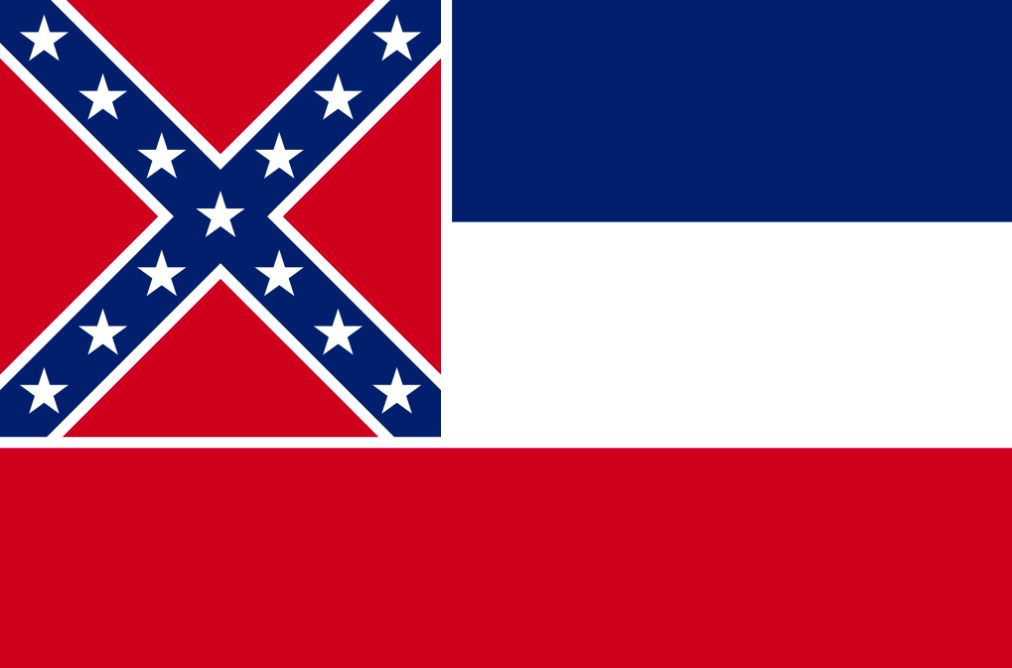 In the run-up to the 2020 election, the state legislature voted to change the state flag. the Commission to Redesign the Mississippi State Flag narrowed the choices to five final designs.After a vote in August, the commission narrowed the choice down the eventual selection and one that featured a shield and a similar “In God We Trust” motto. 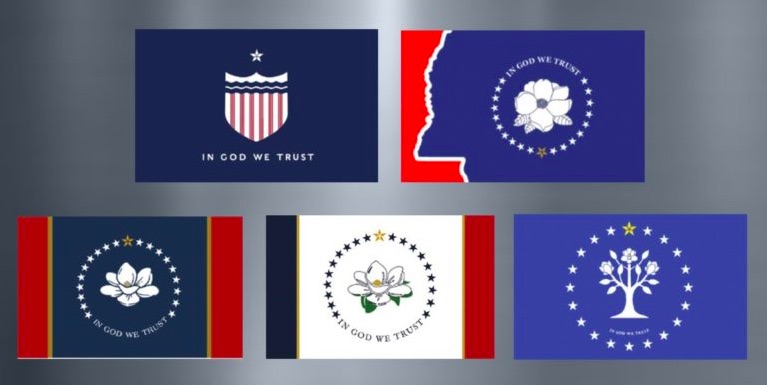 The final design uses the state’s iconic magnolia flower as its focus, 20 white stars denoting Mississippi’s status as the 29th state, and topped with a yellow, five-diamond-point star at the top in a nod to the symbol often used in Native American Choctaw baskets and bead work.