Susan Sarandon Throws Not-So-Subtle Shot at Elizabeth Warren: ‘…Used to Be a Republican’ 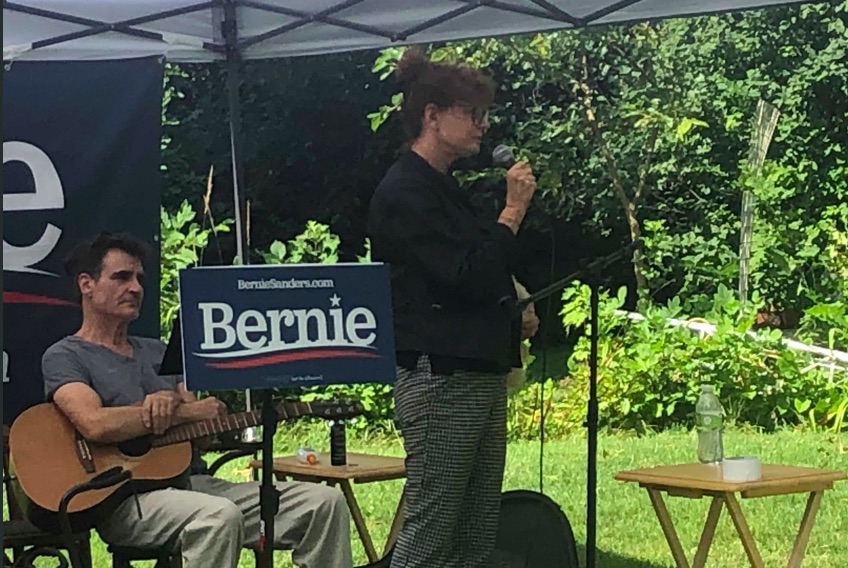 At a Democratic campaign event in Iowa where she introduced 2020 presidential candidate Sen. Bernie Sanders, actress and left-wing political activist Susan Sarandon threw a not-so-veiled jab at his progressive rival, Sen. Elizabeth Warren: “He is not someone who used to be a Republican.”

Sarandon, who was a fervent Sanders supporter in 2016 — and who went on to advocate and vote for Green Party candidate Jill Stein instead of Clinton — remains one of the Vermont senator’s most outspoken fans. Warren has not ducked the fact that she was a registered Republican up through the mid-1990s, and has explained several times why she switched parties and moved to the left politically. Sanders remains an Independent in his Congressional affiliation, but back in March as he kicked off his 2020 campaign, he signed a Democratic National Committee loyalty pledge that said: “I am a member of the Democratic Party.”

“He is not someone who used to be a Republican,” says Susan Sarandon while introducing Bernie Sanders at an ice cream social in Iowa, talking about how he’s fought for the same issues for years.

She doesn’t name names, but Elizabeth Warren was formerly a registered Republican. pic.twitter.com/3R2hR2aRLw

Throughout the Democratic primary so far, Warren and Sanders, both progressives, have held their fire when given the opportunity to criticize each other and instead offered solidarity against attacks by Republicans and moderate Democrats. And just three weeks ago, Sanders formally swore off the idea of attacking Warren in future primary debates.

But this pledge clearly doesn’t extend to his campaign surrogates—and Sarandon taking the gloves off against Warren clearly rankled some establishment Democrats who still consider Sarandon’s public opposition to Clinton three years ago to be a grave betrayal.

In the last week, Sanders and his surrogates have attacked Warren, Harris and Biden, implying none of them are pure and are all whores to corporations and billionaires. Meanwhile, Susan Sarandon has crawled out of her cave in her endless effort to make sure everyone dies.

Susan Sarandon is a proven enemy of the Democratic Party. She actively helped to elect Donald Trump. Accepting her endorsement or including her in a political rally should be unacceptable to any candidate whose true priority is to ensure Dem victory in 2020. https://t.co/Quev2cQYxl

Elizabeth Warren was a Republican decades ago. Susan Sarandon said “some people feel that Donald Trump will bring the revolution immediately if he gets in, things will really explode” about three years ago. Loved her in “Stepmom,” but cut her mic off. https://t.co/4oW6WgtD5u

And Susan Sarandon, as responsible as anyone for the Trump disaster, should be listened to by whom?