WaPo Correspondent Pushes Back on Bernie Sanders Criticism: No ‘Edict to Write or Not Write Things from Bezos’ 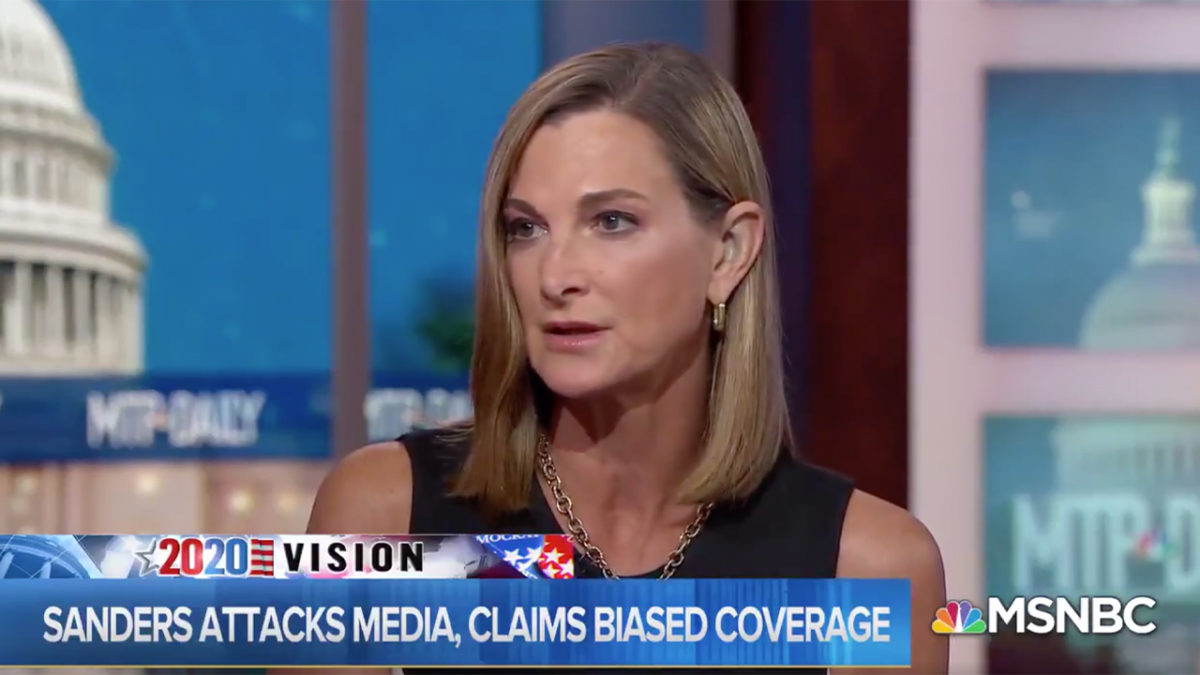 Bernie Sanders‘ criticism of the Washington Post got quite a bit of attention this week. Sanders has knocked the “corporate media” for years, and this week he said in New Hampshire, “I talk about that [Amazon] all of the time. And then I wonder why The Washington Post — which is owned by Jeff Bezos, who owns Amazon — doesn’t write particularly good articles about me. I don’t know why. But I guess maybe there’s a connection. Maybe we helped raise the minimum wage at Amazon to 15 bucks an hour as well.”

Post executive editor Marty Baron shot back and said Sanders is engaging in a “conspiracy theory.”

WATCH: Bernie Sanders attacks the free press, accuses Jeff Bezos of interfering with WaPo’s 2020 coverage #MTPDaily@agearan: “As one of those Washington Post reporters, I can attest that we do not have some sort of edict to write or not write things from Bezos.” pic.twitter.com/DyXq4gbA6l

“As one of those Washington Post reporters, I can attest that we do not have some sort of, you know, edict to write or not write things from Bezos or that has anything to do with Amazon, as Bernie Sanders surely knew before he said this. Bezos owns the Washington Post separately from his founding and ownership of Amazon. It’s never a bad idea to quote your own editor, but I thought it was really interesting when Marty Baron called this a conspiracy theory. It echoes the kinds of criticism that, frankly, many Bernie supporters leveled at us during the 2016 campaign and continue to level at us.”

She said the idea that the Post is a corporate machine against progressive ideas is “as crazy as the idea that Bezos is telling us what to write.”

Earlier yesterday, Sanders elaborated on his earlier remarks to CNN:

“Do I think Jeff Bezos is on the phone, telling the editor of The Washington Post what to do? Absolutely not. It doesn’t work that way… Not one reporter has ever asked me, ‘Bernie, what are you going to do about the grotesque level of income and wealth inequality?’ Are you gonna ask me that? Is that part of what media talks about?… ‘Why is it, Bernie, that we are the only major country on earth that doesn’t guarantee health care to all people and we spent twice as much per person as other industrialized countries?’ Do you hear that question being asked by the corporate media very often?”

You can watch the panel discussion above, via MSNBC.