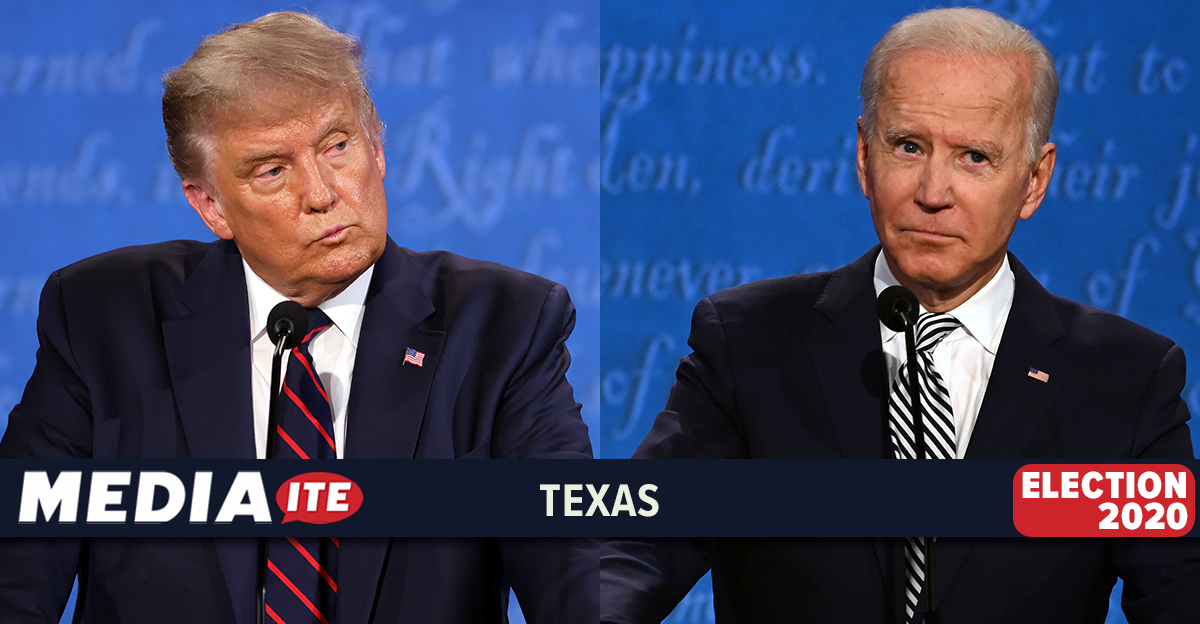 The polls in the state of Texas will open at 7 a.m. local time on Election Day and will remain open until 7 p.m., except for the westernmost tip around El Paso, which is open to 8 p.m. local time.

As of Monday, the RealClearPolitics average of the most recent polls show Texas leans toward President Donald Trump by +1.2 points over Democratic challenger Joe Biden, well within the margin of error of most polls.

Texas has 38 electoral college votes, naturally making it a huge prize in the Electoral College of the overall picture. It hasn’t voted for a Democrat for president since 1980 and Trump won the state by nine percentage points over Hillary Clinton in 2016. A Biden victory in the Lone Star State would represent a flashing-red early warning signal of a Democratic landslide nationwide, while a close Trump win there would merely provide a solid foundation for his still-difficult re-election prospects elsewhere.

Its evolving status into a swing state came into focus in 2018, when Congressman Beto O’Rourke narrowly lost a big to unseat incumbent Senator Ted Cruz by less than three percentage points. Adding to Texas’ highly competitive nature in 2020 is its massive early vote turnout, which has already exceeded the state’s entire 2016 turnout days before Election Day. This has also pushed Cruz’s Senate colleague, John Cornyn, into a much more competitive Senate race this year, although Democratic challenge M.J. Hegar still faces a steep climb, sitting just under seven percentage points behind in the RCP poll average.