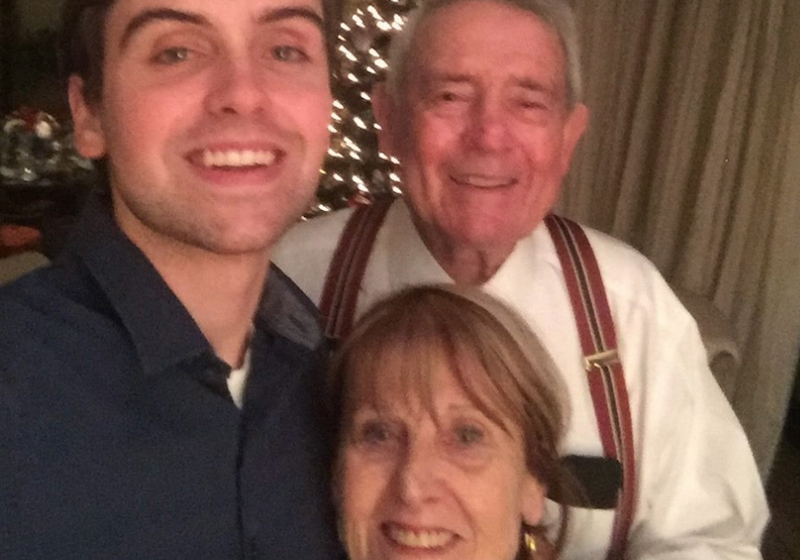 Listen. The world can be a dark place, filled with uncertainty, fear and, of course, that oldest of assholes, the Grim Reaper. There’s a lot of bad news out there. There is war. There is famine. There are endless tweets by President Donald Trump, which are then parsed by panels of experts on television which, in turn, provide further fodder for the president’s Twitter feed, creating an endless loop of radiating nihilism. It can be enough to make you lose your mind.

In other words, let’s talk about something nice for once.

Legendary news anchor Dan Rather celebrated Christmas this year with his family, as many people did throughout the world. You know that period after dinner, when everyone is stuffed, and some grandkid inevitably breaks out a video game that the family can play together? This move usually sinks like a stone but, this year, the Rathers played smartphone sensation HQ.

HQ is a live trivia game where, if you survive the gauntlet, you win actual money. This game has become so big, in such a short amount of time, that you are likely already addicted to it or have been told by a glassy-eyed friend that you “simply must” download it.

Rather, egged on by his grandson to participate in the trivia game, was skeptical, taking to Facebook and saying that he prefers a “restful holiday of bible readings, hymns, and thoughtful discussion with my family.”

Once the family began answering questions correctly, however, the former news anchor was all in.

“Between myself, my son, my wife, and my grandson we managed to answer the first few correctly,” he wrote. “It began to get more difficult.”

Then, a funny thing happened, they actually won, splitting the pot with 300 winners around the world, which amounted to about $30.

This recap of last night’s game by @DanRather is everything. Bringing together generations of a family to work together in the spirit of fun & learning is why we're here. LOVE it when you win. Merry Christmas!

For Rather, though, it wasn’t about the money. It was about the shared connection of family.

“We had worked together and across three generations, we just happened to have the right mix for this one edition of this one game,” he wrote. “We hooted and hollered like we had won the lottery. It was a special holiday moment.”

“I must admit that I enjoyed the camaraderie that a seemingly random cell phone app gave to our family. We plan on continuing to play on future holidays.”

Cool story, right? We now return to your regularly scheduled programming of a bunch of actual adults calling one another snowflakes.