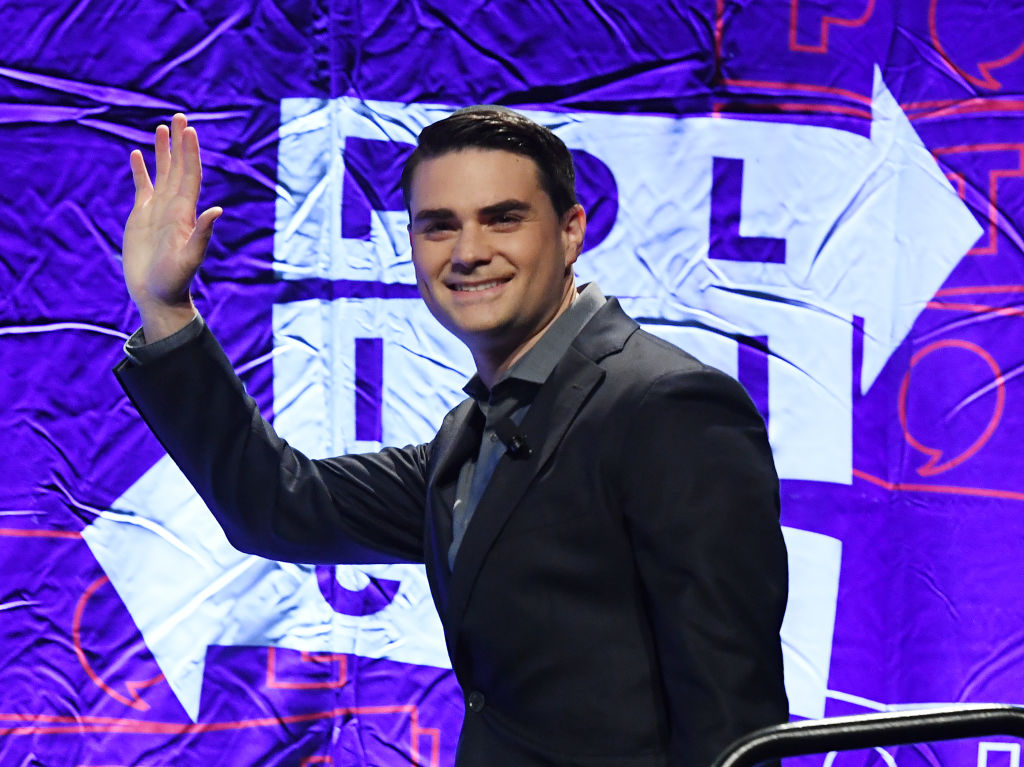 Ben Shapiro criticized HBO Max over the streaming service’s decision to put a disclaimer in front of Blazing Saddles, warning viewers of the film’s racially-driven humor. The conservative commentator tweeted on Friday that the tactic “is part of a broader attempt to kill comedy.”

HBO Max’s version of the 1974 Mel Brooks classic comes with a new introduction from Turner Classic Movies host Jacqueline Stewart, who provides a historical and social context to the Western spoof. Stewart explains, “Racist language and attitudes pervade the film, but those attitudes are espoused by characters who are explicitly portrayed here as narrow-minded, ignorant bigots. The film’s real and much more enlightened perspective is represented by the two main characters.” Stewart further notes that one of the film’s screenwriters is Richard Pryor, whose “groundbreaking style of calling out racism through bold and daring comedy helped to shape the tone and content of this film.”

Shapiro doesn’t seem to believe comedy should come with a disclaimer. The Daily Wire founder and former editor in chief tweeted, “The HBO Max take on ‘Blazing Saddles’ is part of a broader attempt to kill comedy.” He expanded on this notion by also calling out The Ringer’s podcast, The Rewatchables, which features Bill Simmons and guests rewatching an old movie to see how it holds up. Shapiro acknowledges he’s a fan of the podcast, calling it “great,” but took issue with how a recent episode “condemned ‘The Sandlot’ for its sexism (‘you play ball like a girl!’) and alleged winking at sexual abuse (swimming pool scene).” The scene in question features a teenage boy pretending to drown so a pretty lifeguard will give him mouth-to-mouth resuscitation.

The HBO Max take on “Blazing Saddles” is part of a broader attempt to kill comedy. Recently, The Rewatchables podcast, which is great, condemned “The Sandlot” for its sexism (“you play ball like a girl!”) and alleged winking at sexual abuse (swimming pool scene).

HBO Max’s handling of Blazing Saddles is similar to that of Gone with the Wind, which the streaming service initially pulled in the wake of the George Floyd protests. The film was later added back to the streaming service with an introduction from Stewart, who noted that the 1939 classic “denies the horrors of slavery” but “should be viewed in its original form, contextualized and discussed.” Shapiro never commented on the controversy surrounding Gone with the Wind, which is decidedly not a comedy.

This isn’t the first time Shapiro has touched upon the state of comedy in a politically correct world. Just last week, Shapiro dedicated an entire episode of his YouTube show to the topic. The hour-long episode, titled “No One’s Laughing: Cancel Culture Is Killing Comedy,” broke down the recent pattern of comedians getting in trouble for past jokes.