Are George Clooney and Sofia Vergara Starring in a ‘Crime Caper’ Movie for Netflix? 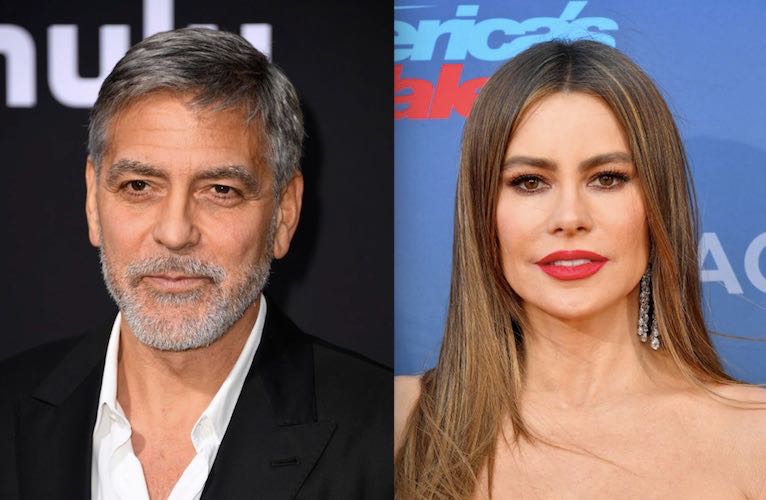 George Clooney and Sofia Vergara are rumored to be co-starring in a so-called “crime caper flick” for Netflix. Mediaite looked into the story to find out if the project is real.

The tabloid New Idea claims Netflix has “put a blank check down” for the on-screen pairing of Clooney and Vergara. An unknown source tells the magazine, “George is brilliant at comedy and he’s got the same sex appeal as Sofia does. The two of them together is a multimillion dollar prospect and his team knows it.”

The unidentified insider continues, “There’s a big push to team these two up on a crime caper like Jennifer Aniston and Adam Sandler’s Murder Mystery, which was one of the biggest online movies in history. [Clooney] can see the appeal of him and Sofia on screen.”

The questionable source adds, “He and Sofia would have a blast making a movie together and it’s been a long time since George pulled one of his famous pranks on set. Teaming up with Sofia is a chance to regain his rom-com crown.”

The Syriana and Michael Clayton star was never exactly the king of “rom-coms.” Regardless, the tabloid’s story is both random and untrue.

One major red flag is the fact that not a single Hollywood trade publication has reported anything about this supposed project. If Netflix were developing a big movie starring Clooney and Vergara, it’s highly improbable that The Hollywood Reporter, Variety and their ilk wouldn’t have mentioned it.

Mediaite ran the story by Clooney’s spokesperson, who tells us on the record that it’s made up. It’s unclear if New Idea has an unreliable source or just decided to come up with a fake movie out of thin air. Either way, the actor’s rep confirms he’s not attached to any crime capers co-starring Vergara.

In reality, Clooney has a stacked schedule. He’s currently in post-production on the sci-fi movie The Midnight Sky, which he directed and plays a supporting role. That film is being distributed by Netflix, so the only accurate aspect of New Idea’s report is that he’s working with Netflix. He’s also gearing up to direct the coming-of-age drama The Tender Bar, which is being produced by Amazon Studios.

The tabloid media has a habit of coming up with bogus casting rumors. Last month, we debunked a National Enquirer story about Tom Cruise turning down the villain role in Wonder Woman 1984. Coming up with fake movies altogether is more unusual.