Mariel Hemingway Defends Woody Allen, Despite Him Propositioning Her When She Was 16: He ‘Was Wonderful To Me’ 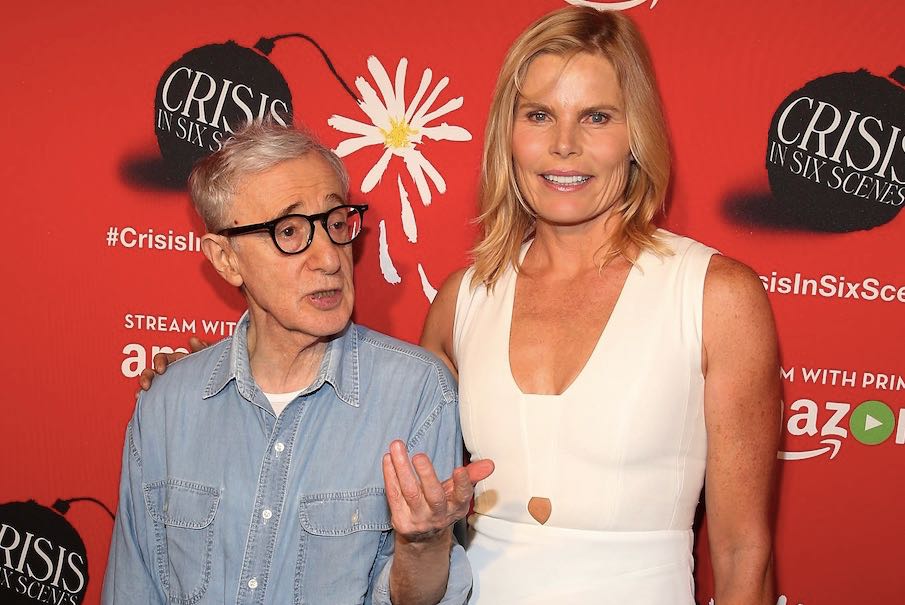 Mariel Hemingway defended Woody Allen and her experience working with him in 1979’s Manhattan, despite acknowledging that the director propositioned her when she was only 16 years old.

Hemingway was 16 and Allen was 42 when she co-starred as his teenage muse in Manhattan, for which she scored an Oscar nomination for Best Supporting Actress. In a new interview with The Daily Beast, Hemingway reflected on her time working alongside the controversial director.

“I had an amazing time making that film,” said Hemingway. “Woody Allen was wonderful to me. Did he like me? Yeah, he liked me. I didn’t have a relationship with him though. He respected that I didn’t want to have that.”

“I look at it as this jewel of a film — and I will always think that,” said Hemingway, adding that she was “too young” for Allen, but never felt uncomfortable around him. “I don’t know [Allen] anymore, and my experience with him is not of this dark, ugly thing. Yes, I was a young woman. And yes, would Woody have liked to have… with me? Yes.”

Daily Beast reporter Marlow Stern then told Hemingway that in rewatching Manhattan, she found the relationship between the actress’s 17-year-old character and Allen’s 42-year-old character to be “strange and far from appropriate.”

Hemingway admitted, “Yeah, you’re right. It is crazy. And as a parent, if I watch it from that perspective — a woman my age— I’m not going to lie to you, I will judge that shit all over the place, and be crazy with that. If even somebody who was 60 was after my daughter at 30 I would be wildly uncomfortable. But especially 16? I was a kid.”

However, Hemingway continued defending Allen for respecting her wishes not to engage in a relationship. “But when I said, ‘That can’t happen,’ and that was respected, that’s just how it went down [with Allen]. But… I certainly judge that stuff. I don’t like if older men are going after 16-year-olds, because for the most part, 16-year-olds really are kids. Even though I thought I was super intelligent and worldly, I’d never had a boyfriend before — or slept with anybody. So… I didn’t know what I was getting myself into.”

In her 2015 memoir Out Came the Sun, Hemingway recounted a time when Allen stayed at her house in Idaho when she was 17 and asked to take her on a trip to Paris. Referencing the incident, the actress told The Daily Beast, “People can view it in many different ways but I was respected when I said, ‘No, I can’t do this because it’s not right,’ and then he left. What was sad to me at the time was that, because I felt he thought I was intelligent and all this other stuff, it felt like I was losing a family member, or a friend. But you know… you move on with your life.”

Despite saying she no longer knows Allen, Hemingway did attended the red carpet premiere of his 2016 Amazon series Crisis in Six Scenes (see photo above).

As we reported, former teen model Babi Christina Engelhardt told The Hollywood Reporter in 2018 that she had an affair with Allen in 1976 when she was 16-years-old. Engelhardt is believed to be the inspiration for Hemingway’s character in Manhattan.

Last year, Scarlett Johansson defended Allen in the wake of the allegations that he sexually abused his adopted daughter Dylan Farrow when she was a child, which he’s vehemently denied. The actress and frequent Allen collaborator told The Hollywood Reporter, “I love Woody. I believe him, and I would work with him anytime.”