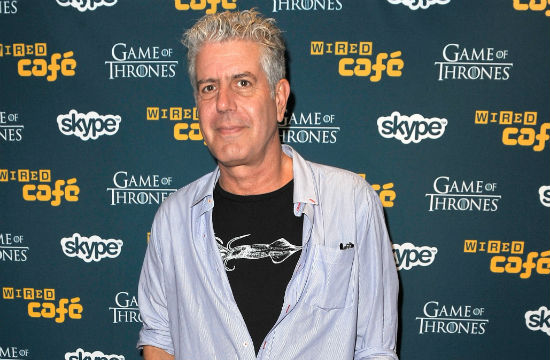 It can’t be easy shooting a documentary series around Anthony Bourdain; his tolerance for bullshit borders on nonexistent and, well, shooting a TV show requires a lot of bullshit. He’s a stickler about not using artificial lighting, only shooting one take (this is documentary, after all), and otherwise keeping things as raw as possible, which makes his cinematographer Zach Zamboni’s life pretty difficult. On top of that, Zach can’t even use most of the awesomely hilarious things Tony says, because they’re “television-impossible,” as he puts it.

Zach recorded a week in his life shooting The Layover (that particular week had him in New Orleans with the crew) for Huffington Post’s Food Informants, and he pretty eloquently stumbled upon the relationship between chef and cinematographer, writing, “A chef’s ego wants things to taste good, their heart wants to feed you. A cinematographer’s ego wants to make things beautiful, their heart just wants to tell the truth.”

While you’re letting that marinate, check out some of the other comical things that happen when your job is to follow Anthony Bourdain around with a camera:

I’m standing in the taco truck framing up the bar’s door expecting Bourdain to walk out and wander up to the window. I can hear him on the wireless. Exits, immediately drunken fan stumbles into frame and asks if she can smell him. This is video gold for Tom so he doesn’t intervene.

3:30pm: Frenchman Street. Classic walk around the neighborhood. Bourdain barely tolerant of these B-roll walks. Though great for V.O., doesn’t want to stand around whilst we find an angle, which I concur, we have no time to waste time. Rule: I have one shot at walks, get everything I can, it’s all going in the show. Vary shots, count the seconds, don’t bone focus, swerve hazards, don’t over-expose, miss curbs, steps, trees, keep it level, don’t get hit by a car. Bourdain hates us walking backwards, despite fact we’re in full control of our trajectory, always watching. It brings him great angst as he feels personally responsible for our safety and others, “baby stroller!” “Old lady on left!” “Stop, tree!” Ironically, he never walks just a little slower to help us out. There’s no second takes in life either.

Bourdain is not cooperative at all:

7pm: Sazerac Bar. Adjust dimmer levels in bar so we can shoot on zooms. Going with the risky “French Over” camera blocking which puts the characters at the bar and us behind them, as opposed to us behind the bar. This works only if characters can “cheat out” towards camera and not turn their backs to us. Bourdain never, ever cheats out or opens up to camera. Famously, he’ll completely turn his back on us. He says camera blocking is “Fascist.” Keeps it real I guess. I cheat out his guest Davis, and open Tony’s seat out. Gamble and win?

7:30pm: Bourdain comes in, says a friendly hello, lets me mic him, sits and immediately turns his chair towards the bar. Goddamn it.

Sometimes Bourdain appears to his crew in hallucinations:

8am: Haven’t eaten enough in the last few days; too hot, running around, eating late in the day. Body needs more calories. Warm plate in hand, I stand before the hotel’s egg station. I imagine Bourdain’s head looming large over the steam tables, projected like the Wizard of Oz. He is laughing diabolically, he is Ming the Merciless of Hotel Buffets. This will haunt me. I am joke-fodder.

You can read Zach’s whole and totally captivating journal here.