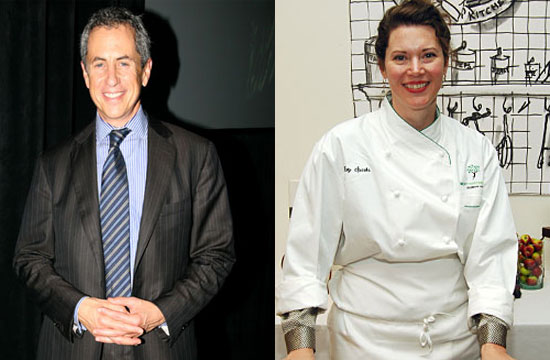 Last week, the City of New York announced that a relatively low-profile chef and a restaurant group from Philadelphia had won the rights to operate Central Park’s legendary restaurant Tavern On The Green, transforming the space from a fancy crystal boondoggle into a “a casual restaurant and outdoor café that everyday park goers, neighbors and visitors can enjoy”.

The news that the person in charge of the transformation was a somewhat-known chef named Katy Sparks, however, raised some eyebrows, but Danny Meyer — who wanted to buy the Tavern back in 2009 but ultimately passed — stepped into defend the pick. “Very fortunate that Katy Sparks will be [Tavern on the Green’s] chef,” he tweeted. “Abundant talent and culinary soul.”

It’s a ringing endorsement at a time when Sparks and the Emerald Green Group, which submitted the winning bid, needs it. The puzzlement (and, in some cases, schadenfreude-ish predictions of her demise at the hands of the Local 6 union) largely stems from the question of whether she’s a good fit for a 78-year-old institution (75, if you subtract the years since the Tavern closed in 2009) that’s about to expand to 600 seats. Sparks, who’s worked for multiple New York restaurants like Bobby Flay’s Mesa Grill and the Quilted Giraffe, and won Food & Wine’s Best New Chef award back in 1998, has spent the past few years consulting for other restaurants. (The Emerald Green Group, on the other hand, faces the most scrutiny for some other compelling reasons.)

In an interview with Zagat yesterday, Sparks addressed these concerns by noting that because she’d never eaten at previous incarnations of  Tavern on the Green, she’d be able to modernize the restaurant. “I don’t have any frame of reference to hearken back to. We are going to celebrate the modern era of Tavern and move forward,” she said. “It will be a real fresh take on it.”

And as for her recent focus on consulting instead of cooking? “I think [the time spent] consulting with other projects really gave me a strong base in different kinds of operations in corporate food service and in retail and in different-sized venues, so I feel ready.”