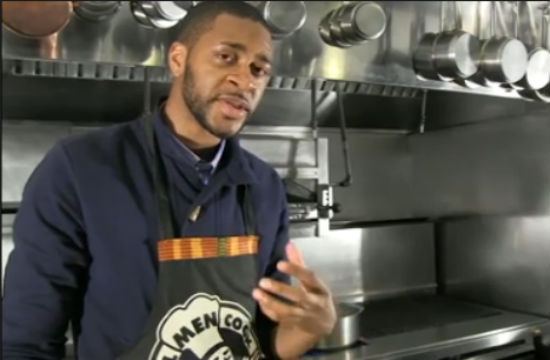 Six months before MasterChef Season 3 runner-up Josh Marks was arrested on the University of Chicago campus for charging a police officer, claiming that Gordon Ramsay made him God, he made a video with one of his sponsors, the Make a Sound Project, which is dedicated to helping people through depression. (As you may recall, there were whispers that the support organization had severed its ties with Josh after the bizarre behavior exhibited at his arrest, which would have been ultra-harsh, considering he was under psychiatric watch following the incident, but the group clarified that they were simply stepping back to make sure Josh got the help he needed.)

In the video, taped February 2013, he admitted to having bipolar disorder, revealing that he gets “a little anxious sometimes.”

A source told TMZ, “He may not have even understood that the group of people approaching him were in fact police.”

Well, a manic episode triggered by bipolar disorder certainly makes sense based on the fact that neither pepper spray nor batons could down bring the 7’2″ MasterChef contestant in law enforcement’s attempts to subdue him. (It eventually took five cops to catch him.) And it’s certainly a preferable alternative to any worrisome suspicions of PCP involvement (although he passed a drug test when he was first taken into custody).

Josh’s lawyer is reportedly trying to get his case thrown out based on lack of probable cause. You can check out the video from last February below.