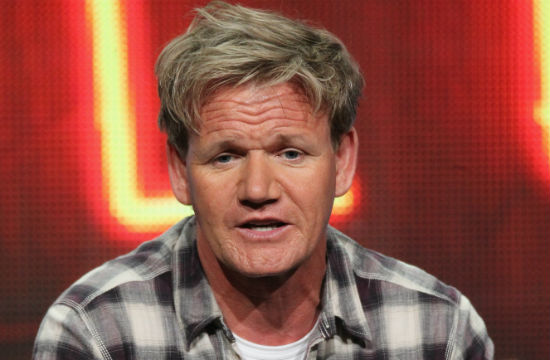 Yeah, sometimes Gordon Ramsay can be kind of tasteless, but no one could ever level that accusation at his food — until now. A German chef is suing the Michelin-starred TV Ironman chef for making him lose his sense of taste after dining at one of his restaurants. (Add one more stone to Ramsay’s enormous Lawsuit Mountain.)

And the way that he lost his sense of taste is really, really gross: as the New York Post recounts, a vacationing Markus Barthel bit into a burger at The London Hotel, one of Ramsay’s NYC restaurants, that contained a “sharp shard of ceramic.” (FYI, we’re reacting very viscerally right now and will probably consume clear water for the rest of the day.)

But because his mouth has been stabbed into pieces, Barthel cannot do his work — namely, being a chef who has to put food into his mouth. His lawyers claim that even after his surgery, Barthel was let go from his job as chef of a small cafe due to his inability to taste the things he was cooking.

By the way, remember how Kitchen Nightmares is a show that Ramsay produces?

“As we know Mr. Ramsay is a man who makes a living out of criticizing other restaurants,” Bruno quipped.

“Now he’s having his own little kitchen nightmare.”

We’ll give you that joke, lame as it is, because it’s so ironic and full-circle and all the schadenfreude.