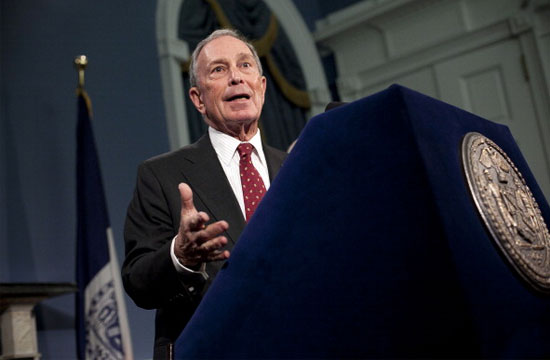 Michael Bloomberg? Who needs a stinkin’ Bloomberg to tell people how much food they can eat and how many beverages they can consume? The people of the Great State of Mississippi don’t need that, thank you very much, and the Legislature recently passed a bill preventing towns and counties from requiring calorie counts or portion controls, or banning children’s toys from meals. Because food should be fun, and terrible for you.

NPR reports that the “Anti-Bloomberg Bill” (real name) garnered overwhelming bipartisan support in both houses of the legislature. Mississippi also happens to be the state with the highest level of obesity — nearly one-third of its residents are obese — but part of the reason that the bill has popular support stems from a strong distaste of Bloomberg’s interventionist tactics:

Mike Cashion, executive director of the Mississippi Hospitality and Restaurant Association, says the bill is a direct reaction to Bloomberg-style government intervention in public health.

“If you look at how menus have changed, whether it be in fast food or family dining, you are seeing more and more healthy options,” Cashion says. “Not because of legislative mandates or regulatory mandates, but because of consumer demand. Our industry has always been one to respond to the marketplace.”

The bill is currently at the desk of Republican Governor Phil Bryant, who will likely sign it into law amidst the protests of local municipalities wanting control of their own diets. The bill’s author, Rep. Gregory Holloway (D), says, “We don’t want local municipalities experimenting with labeling of foods and any organic agenda. We want that authority to rest with the legislature.”

So yes: everyone has the individual freedom to eat as much as they want, but local towns and municipalities don’t get to choose how to govern their townfolk’s waistlines. Does that make sense to you, Chip Johnson, health-conscious, bike-path building Mayor of Alligator, MS?

“You know what? If little Alligator, Miss., wanted to do that, that’s up to the people that live there. It is not up to the state to tell the people at the local level what to do,” Johnson says. “They’re just using this to mask what the bill is really about, which is about taking away home rule.”