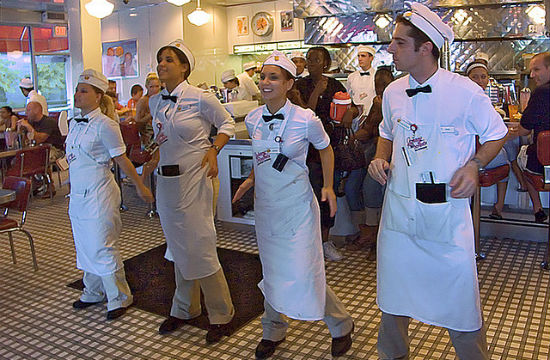 And now this guy — a film critic, mind you — is going off on how waiters need to be less attentive, less charming, and altogether less present in one’s dining experience?

Take solace, waitstaff of New York City: at least this is concrete proof that no matter how you handle yourself, you can’t and won’t please everyone. Note Kyle Smith’s three most mind-melting burns below.

On New York waitstaff in general:

Waiters and waitresses at New York’s self-consciously hot restaurants need to cool it a bit. I don’t care how charming you are on your auditions. I’m not here to make friends. Frankly, garçon, I don’t even need to know your name. By the time you tell me about the specials, I’ve already forgotten it. You’re a servant. So serve.

On France, where everything is apparently so much better:

In France, where I try to spend a week or two every year, waiters don’t even work for tips (the customer is expected to leave a mere euro or two) and yet they’re so much less annoying.

And what’s with the squatting while you’re telling me about the specials? I know the waiter’s handbook says you get more tips that way because you remind us of cute, subservient creatures we actually like, such as golden retrievers. But it’s juvenile. Stand up and be a man. As much of a man as it’s possible to be while enthusing over whipped-feta crostini.

…We can’t even. You can read Smith’s rant in its entirety here. Assemble with pitchforks in an orderly fashion, please.