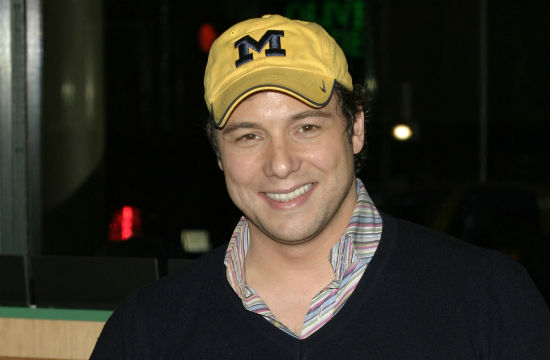 Rocco DiSpirito has been on a mission to de-calorize Italian and Mediterranean cuisine since 2005, when he was diagnosed with some medical issues that could only be solved by loading up on prescriptions with nasty side effects, or changing his diet. He chose the latter and thus, the Now Eat This empire was born.

But along with sneaking black beans into his brownie recipe and performing a whole wheat overhaul on his pasta repertoire, Rocco is vehemently anti-soda (except for the kind he sells — shocker). Join the club, but he also presents a carefully weighed argument for why the New York City soda ban is necessary, if somewhat completely insane. He told The New Potato:

“I think it’s an extreme reaction to an extreme problem. I think all things being equal, it’s a bit Draconian and almost totalitarian. But we have a serious problem in this country. 67% of America has a weight issue, and obesity related issues kill more Americans than everything else combined. One in four children is obese; we are raising the least healthy group of youngsters we’ve ever had in the history of this country. And you guys know about the health insurance crisis and what’s going on with that — how expensive health insurance rates are. That’s because everyone’s unhealthy. If we didn’t have to pay for all that medicine and all that care that goes along with obesity related illnesses, it would be much less of a burden on everyone. So there is a big issue and no one is doing anything about it. So I guess Bloomberg’s like ‘I’ll do what I can; I’ll use executive privilege and do what I can.’ I’m personally opposed to soda of any kind, except for this natural soda that I sell that is made with stevia.”

Oh my god, Rocco, stop hawking for like, a minute, because we were actually mad respectin’ your thoughtful stance before you added that last shameless plug. UGH.

If you want to fight Rocco regarding his un-American soda views, you can find him this weekend at the New York Wine and Food Festival, where he’s hosting the Thrillist BBQ and Blues party. He’ll be serving up a “healthy Tuscan grill styled brisket,” with all proceeds going to Food Bank and Share our Strength.