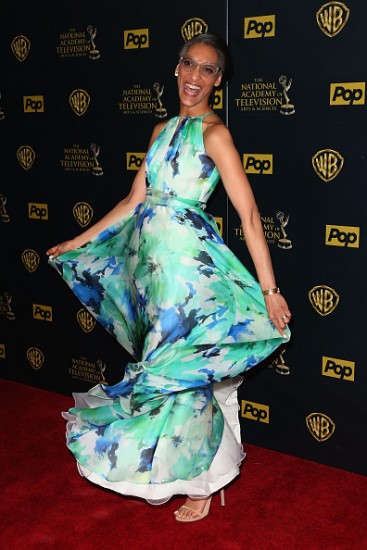 If you’ve watched Top Chef from the beginning (or at least from season five) or even if you haven’t, there’s a good chance you know Carla Hall. She’s competed on not one, but two seasons of the show, and won fan favorite her second time around during season 8, which was Top Chef All Stars.

Carla Hall has had a ton. of. lives. She earned her college degree in business, specifically in accounting, which led her to Price Waterhouse and a CPA. After that, she spent time modeling, mainly in Europe, which is where she learned to love food.

She came to Top Chef season five in 2008 with a fair amount of cooking and business experience, and though she did not win fan favorite that time, people fell in love with her. She became known not only for her signature phrase “hootie hoo,” but also for her food. She was a runner up that season and highlights included impressing Jacques Pépin and Emeril Lagasse. In season eight she didn’t do quite as well, placing fifth, but she did win fan favorite.

Since then, she has not stopped. Hall is one of the hosts of ABC’s popular show The Chew with Mario Batali, Daphne Oz, Clinton Kelly, and Michael Symon, which is on five days a week and is currently in its fifth season. She has also published two cook books, both of which are focused on comfort food, a bakery located in NYC’s Gansevoort Market, and a Hot Chicken restaurant coming soon to Brooklyn.