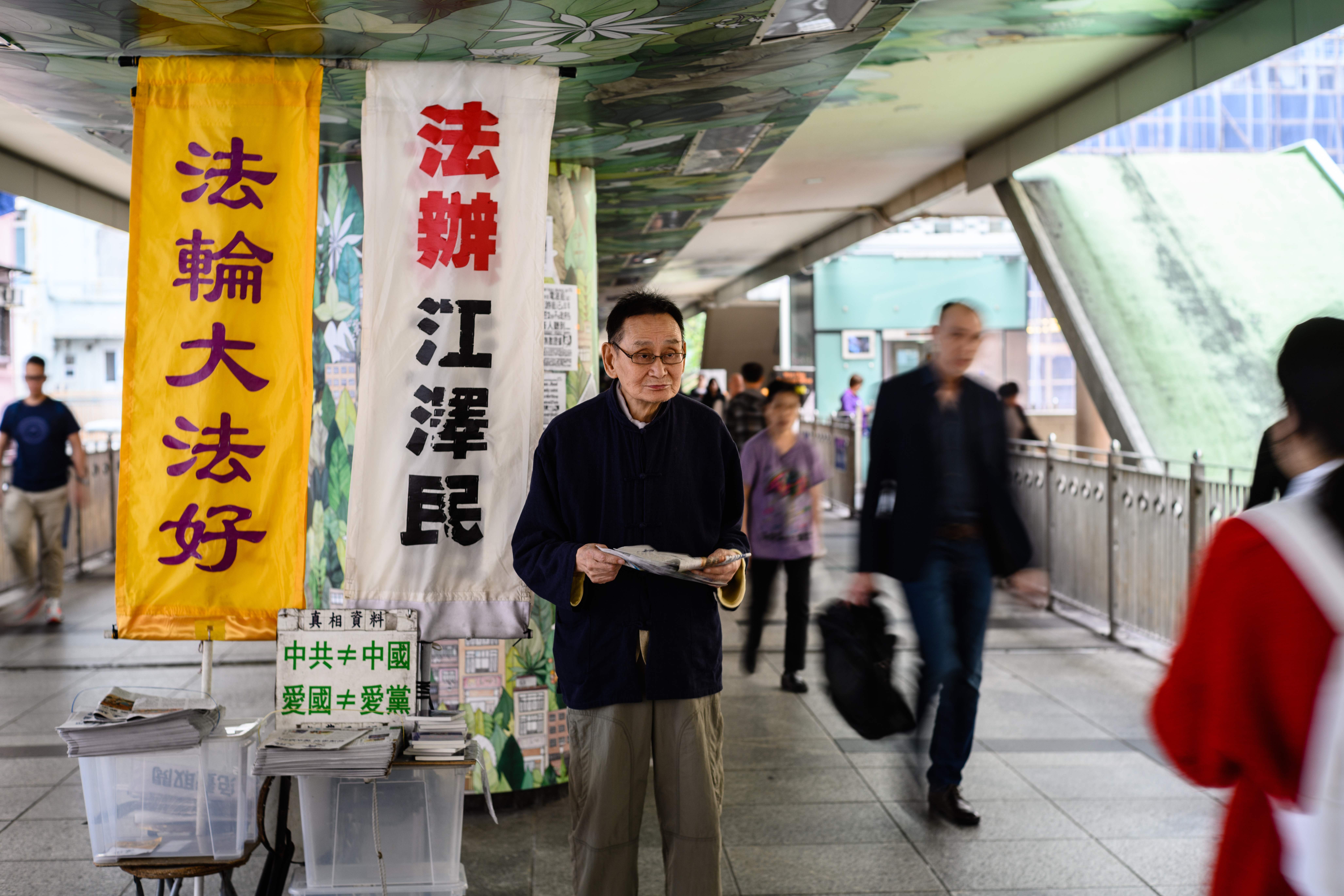 How did a publication founded on a spiritual movement the Chinese government has labeled a “cult” gain enough traction to be scoring interviews with influential Republican lawmakers and bringing in millions of revenue each year?

NBC News did a deep dive into The Epoch Times to find out.

The New York-based nonprofit news outlet was founded in 2000 with the stated goal of to “provide information to Chinese communities to help immigrants assimilate into American society.”  What follows are the four biggest takeaways from the over 3,000-word piece:

The publication spends more money on pro-Trump ads on Facebook than any other — it’s spent over $1.5 million on 11,000 Trump advertisements in the last six months alone. “More than most Democratic presidential candidates have spent on their own campaigns,” according to NBC.

Ben Hurley, an Australian former Falun Gong practitioner who wrote for the paper from 2005-2013, said that the paper’s target audience of Falun gong followers “believe that Trump was sent by heaven to destroy the Communist Party.”

Members of the Trump family have frequently posted The Epoch Times content, and some have sat been interviewed by the paper.

According to former The Epoch Times employees, Trump is viewed as a key ally in the anti-communist fight, which leads back to the paper’s close associations with spiritual community Falun Gong.

2. Falun Gong is a community dedicated to the takedown of China’s government, which explains why The Epoch Times is blocked in mainland China.

Believers think the world is headed towards “judgment day” when those they label “communists” will be damned to hell.

In China there has been a crackdown on Falun Gong as well, with authorities outlawing the practice, arresting and even torturing those who refuse to give it up.

3. It’s only in recent days that The Epoch Times has wielded such influence; it had struggled to stand out among other fringe conservative sites.

And up until 2016, it mostly stuck to Chinese politics. But a new aggressive ad strategy combined with an embrace of conservative US politics has doubled its revenue. In April, videos from the Epoch Media Group had around 3 billion views on Facebook, Youtube, and Twitter.

Also in 2016, The Epoch Times heeded a call from Li to run more like a typical news organization. They placed job ads on Indeed.com and hired seven reporters not associated with Falun Gong. These new reporters were told “their content was to be critical of communist China, clear-eyed about the threat of Islamic terrorism, focused on illegal immigration and at all times rooted in ‘traditional’ values, they said. This meant no content about drugs, gay people or popular music.”

The Epoch Times brought in $8.1 million in revenue in 2017, which was double what it had the previous year. New Tang Dynasty (NTD), a video outlet under Epoch Media Group, brought in $18 million that year.

All the while, Li asserts he is a god-like figure who can levitate and walk through walls. He taught that sickness is a symptom of evil and can be cured through meditation, that aliens from undiscovered dimensions have overtaken the minds and bodies of humans, bringing corruptions such as computers and airplanes.

5. The Epoch Times is key in peddling the internet’s fringier conspiracy theories, such as anti-vaccination propaganda and QAnon.

NTD puts out videos twice-weekly that get upwards of 33 million views. The videos assert claims such as alien abductions are real and the drug epidemic was engineered by the “deep state.” It peddles QAnon and a theory that Trump is taking down a global pedophile ring.

It’s been key in promoting “Spygate” the theory often referred to on Breitbart and by Fox News’ Sean Hannity that Obama implanted spies in the 2016 presidential election to thwart Trump’s victory.

In sum, The Epoch Times embarked on exponential growth when it expanded its online social media presence, increased ad spending, and honed its message on two themes: “enthusiastic support for Trump’s agenda, and the exposure of what the publication claims is a labyrinthian, global conspiracy led by Clinton and former President Barack Obama to tear down Trump.”