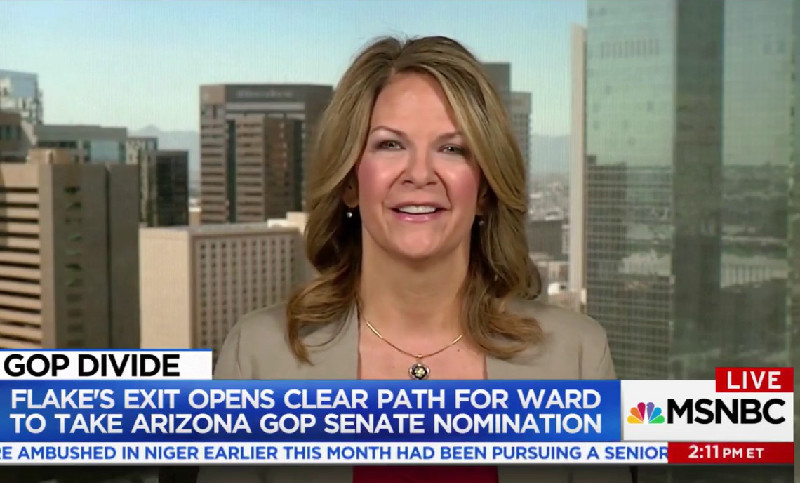 AZ GOP Chair Kelli Ward wins her re-election on the second ballot, she won 51.5% to 48.5%, according to spox. Ahead of the vote Ward played a video of Trump urging committee members to vote for her. Ward is often critical of Az Gov. Doug Ducey or GOP establishment.

JUST IN: All 16 resolutions passed, per @AZGOP, including censures of Cindy McCain, Doug Ducey and Jeff Flake

As for why the Arizona GOP moved to censure Flake, McCain, and Ducey, the party noted their objection to former President Donald Trump.

“The party cited Ms. McCain’s and Mr. Flake’s criticisms of Mr. Trump and Mr. Ducey’s use of emergency orders related to the pandemic, which gave him broad control to enact policies without the legislature’s approval such as closing ‘nonessential’ businesses in the spring,” The New York Times reported.

Ward’s re-election as party chair and the censure vote drew some critical reactions on Twitter, especially after the Arizona GOP’s poor showing in the 2020 election: the state’s electoral votes went to President Joe Biden and both Arizona Senators are now Democrats, Sen. Kyrsten Sinema and Sen. Mark Kelly.

Many of the critical tweets were along the lines of this one, posted by former adviser to Senate Minority Leader Mitch McConnell (R-KY), Janet Mullins Grissom, noting that Ward had “turned the state blue for [the] first time in 2 decades.”

And flexes his political muscle by backing the AZ R party leader who turned the state blue for first time in 2 decades. That’ll sure show em. https://t.co/8FHFIVCyOs