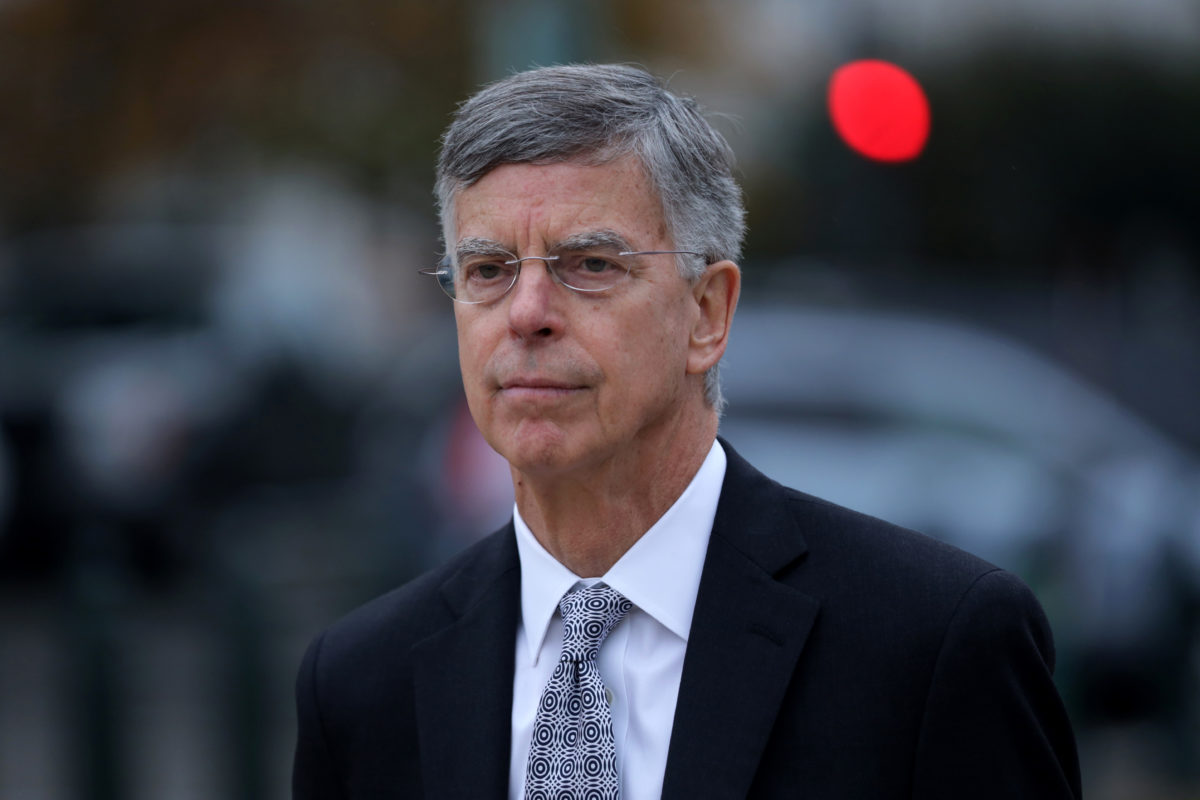 Top Ukraine diplomat Bill Taylor is testifying behind closed doors today, and his opening statement has already leaked — showing the timeline he laid out and how troubled he was by what he describes as a two-channel approach to U.S. policy-making towards Ukraine.

“I became increasingly concerned that our relationship with Ukraine was being fundamentally undermined by an irregular, informal channel of U.S. policy-making and by the withholding of vital security assistance for domestic political reasons,” Taylor writes.

He refers to one regular channel and one “highly irregular one” — the latter including Ambassador Gordon Sondland, envoy Kurt Volker, Energy Sec. Rick Perry, and Rudy Giuliani.

Taylor says that both channels wanted to work out a White House visit for President Zelensky, but that at one point both Volker and Sondland told him Trump “‘wanted to hear from Zelensky’ before scheduling the meeting in the Oval Office.”

“By mid-July it was becoming clear to me that the the meeting President Zelenskyy wanted was conditioned on the investigations of Burisma and alleged Ukrainian interference in the 2016 U.S. elections,” Taylor’s testimony reads. “It was also clear that this condition was driven by the irregular policy channel I had come to understand was guided by Mr. Giuliani.”

Taylor addresses his communications with Sondland and says he was explicitly told that they wanted Ukraine to announce the investigations:

“Very concerned, on that same day I sent Ambassador Sondland a text message asking if ‘we [are] now saying that security assistance and [a] WH meeting are conditions on investigations?’ Ambassador Sondland responded asking me to call him, which I did. During that phone call, Ambassador Sondland told me that President Trump had told him that he wants President Zelenskyy to state publicly that Ukraine will investigate Burisma and alleged Ukraininan interference in the 2016 U.S. election.

“Ambassador Sondland also told me that he now recognized that he had made a mistake by earlier telling the Ukrainian officials to whom he spoke that a White House meeting with President Zelenskyy was dependent on a public announcement of investigations — in fact, Ambassador Sondland said, ‘everything’ was dependent on such an announcement, including security assistance. He said that President Trump wanted President Zelenskyy ‘in a public box’ by making a public statement about ordering such investigations.”

Taylor also states, “The push to make President Zelenskyy publicly commit to investigations of Burisma and alleged interference in the 2016 election showed how the official foreign policy of the United States was undercut by the irregular efforts led by Mr. Giuliani.”

You can read the full opening statement here, courtesy of the Washington Post.