‘Never in My Wildest Dreams Did I Think He Would Act the Way He Acted’: Chris Wallace Responds to Debate Critics, ‘Reckless’ Trump White House on The Interview 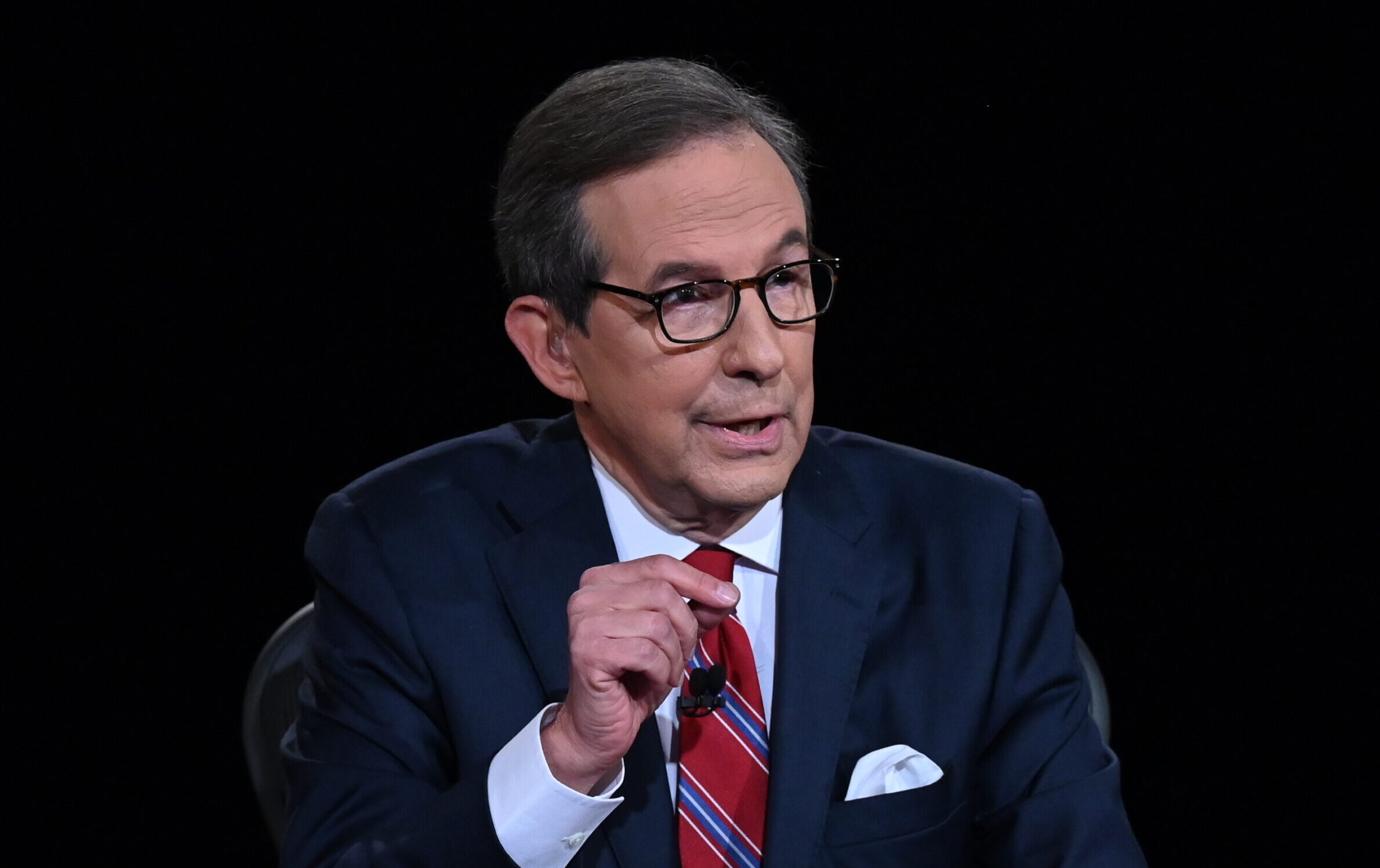 In his half-century covering Washington D.C., Chris Wallace has never seen anything like the spectacle of President Donald Trump, newly-returned from Walter Reed Medical Center on Marine One, standing on the balcony of the White House offering a salute while struggling to breathe from his coronavirus infection.

The last week has been full of unprecedented moments for Wallace, who joined me on this week’s episode of The Interview. The veteran journalist and Fox News Sunday anchor moderated the first presidential debate of the 2020 election, an event that one CNN host called a “shit show,” an Australian of some stature labelled the “worst presidential debate in history,” and Wallace himself described as “a total mess.”

That was mostly due to President Trump, who repeatedly interrupted both Wallace and former Vice President Joe Biden (a staggering 145 times, according to a Fox News analysis) and derailed the debate so frequently that at one point Wallace had to stop the proceedings to scold him.

“Never in my wildest dreams did I think he would act the way he acted,” Wallace told me.

Wallace surmises that Trump had planned to fluster Biden with aggressive interruptions, a strategy that Wallace says had some merit given the former VP’s tendency to “lose his train of thought.”

But as the president’s attacks grew louder and more frequent, his conduct became the headline.

The Fox anchor defended his treatment of Biden, which did include tough questions. Often, the Democratic nominee was saved from answering those tough questions by Trump’s interruptions to berate him.

“He wasn’t great that night,” Wallace said of Biden.

I asked Wallace what he thought of criticism from within Fox News of his performance (Trump boosters like Mark Levin and Greg Gutfeld publicly complained that Wallace was biased against the president). 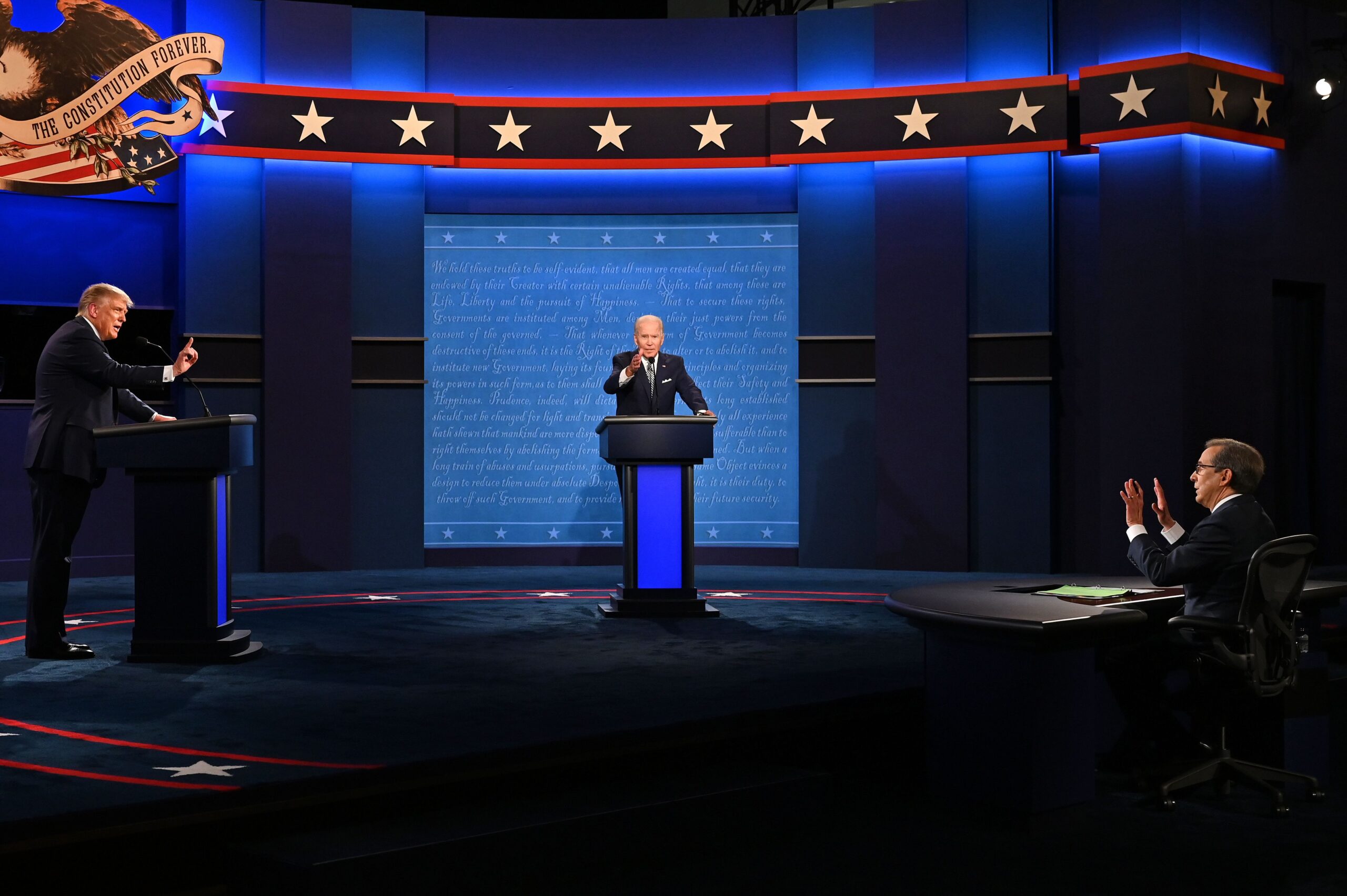 A week removed from the heat of battle, Wallace has a less grim view of the debate. While he’s still disappointed it was not a serious discussion of issues and positions between the two candidates, he has come to see the value in what it demonstrated.

“What’s the point to debates? To to be revealing,” Wallace told me. “For people to be able to see the two candidates and and to be able to to suss out the differences between them. And I think that in the end, the debate ended up being extremely revealing, both in terms of conduct and in terms of policy. And so that to that degree, while it wasn’t the debate I had planned, I think it actually performed a valuable function.”

There was another development that Wallace hadn’t planned for: that one of the candidates standing feet away from him was infected with the coronavirus. It was announced that Trump had tested positive with Covid-19 just days after the debate, and he is suspected to have contracted the virus days before it.

The president’s diagnosis has since sent the U.S. government and 2020 election campaign into chaos. Trump was hospitalized for several days, as the list of his closest advisers that have tested positive grows.

Despite sitting steps away from Trump for an hour and half last week, after an anxious few days, Wallace and his family tested negative for the coronavirus on Monday.

In our conversation, Wallace was particularly critical of the Trump family’s behavior at the debate. The president’s guests, Wallace reported on air last week, took their masks off upon taking their seats in the debate hall, in violation of the rules. The group — which included Ivanka Trump, Donald Trump Jr., Jared Kushner and Mark Meadows — were asked by an official if they needed masks, but they declined.

“That showed a remarkable disregard for the risk of the virus and for the safety of other people in the hall,” he said.

Wallace noted that the attitude from the White House hasn’t changed since the president was hospitalized with the virus. That attitude was viscerally on display when Trump made a dramatic return to 1600 Pennsylvania Avenue from Walter Reed.

A good example of that disregard for precautions, Wallace points out, was the nomination ceremony of Amy Coney Barrett. The Fox News anchor said he was “shocked” to see how crowded and mask-free the event was when he watched it live — before it was widely pegged as the possible origin of the White House outbreak.

“We don’t know for sure. But I certainly have my suspicions that that event… turned out to be a super spreader,” he said. “And an awful amount of people got hurt by that.”

“It was reckless, and a lot of people paid the price.”

If Biden and Trump do face off, they will be wrangled by Steve Scully of C-SPAN. I asked Wallace if he had any advice for his fellow moderator.

Listen to his answer on this week’s episode of The Interview.