MyPillow Mike Lindell: Trump Would Back Me for MN Governor

Cushion Pushin’: MyPillow Guy Mike Lindell Says Trump Would Back Him for Governorship 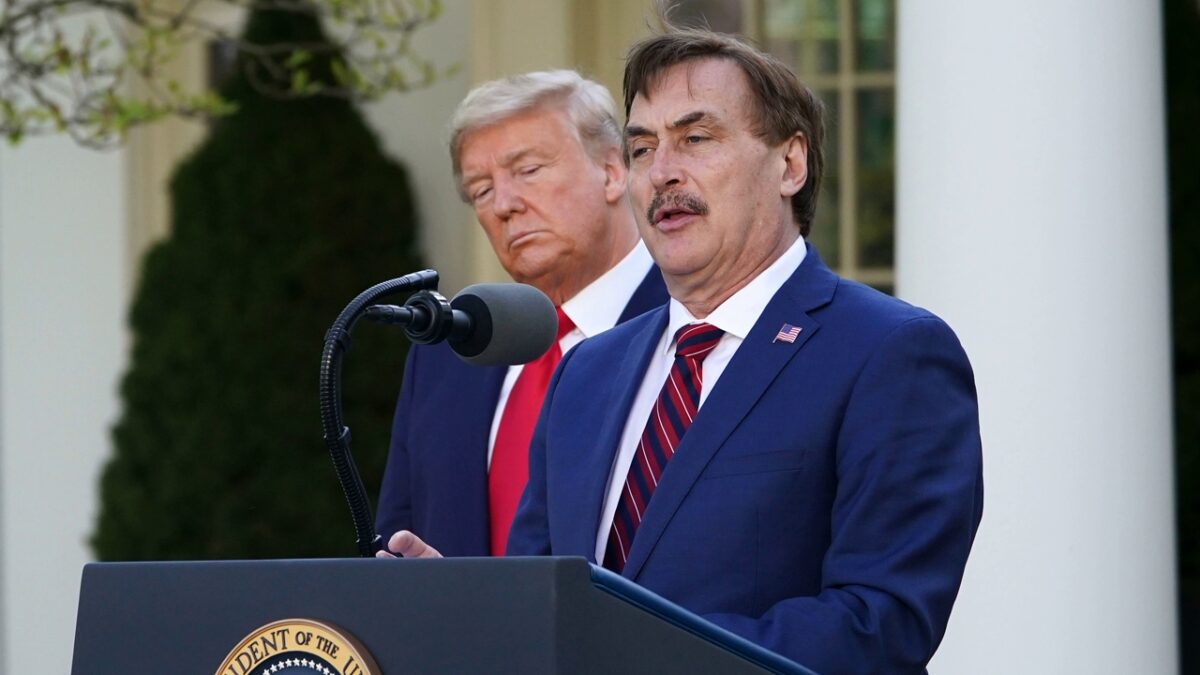 MyPilllow founder and super-fan of former President and current Florida resident Donald Trump says Trump has said he would back a Lindell run for governor.

The cushion magnate made the claim in an interview with The Associate Press‘ Steve Karnowski, while also revealing that Trump snubbed the bedding entrepreneur during a recent, but not that recent, White House visit:

When Mike Lindell, better known to TV viewers as the MyPillow Guy, went to the White House last week to try to persuade President Donald Trump to keep pushing bogus theories about the election, he came away disappointed. Unexpectedly, Trump passed him — and his claims about sabotaged voting machines — off on staffers. But the Trump true believer says he has something from Trump that softens that blow: the promise of an endorsement.

The president has told him before that he would back his bid for governor of Minnesota, Lindell told The Associated Press. “Mike, if you did it, I would get behind you,” Lindell said Trump told him.

It’s a prospect that sends shivers down the spines of some Republicans in the state — where Trump lost by 7 percentage points — and cuts to the heart of the national party’s existential crisis. While many Republicans, particularly those in Washington, are eager to move on from the former president and his personality-driven, racially divisive politics, Trump’s acolytes across the country are already preparing to pick up the torch.

Lindell has been a firehose of the sort of conspiracy theories that fueled the Capitol insurrection, and announced this week that several major retailers have been dropping his brand after he was photographed apparently preparing to urge Trump to impose martial law.