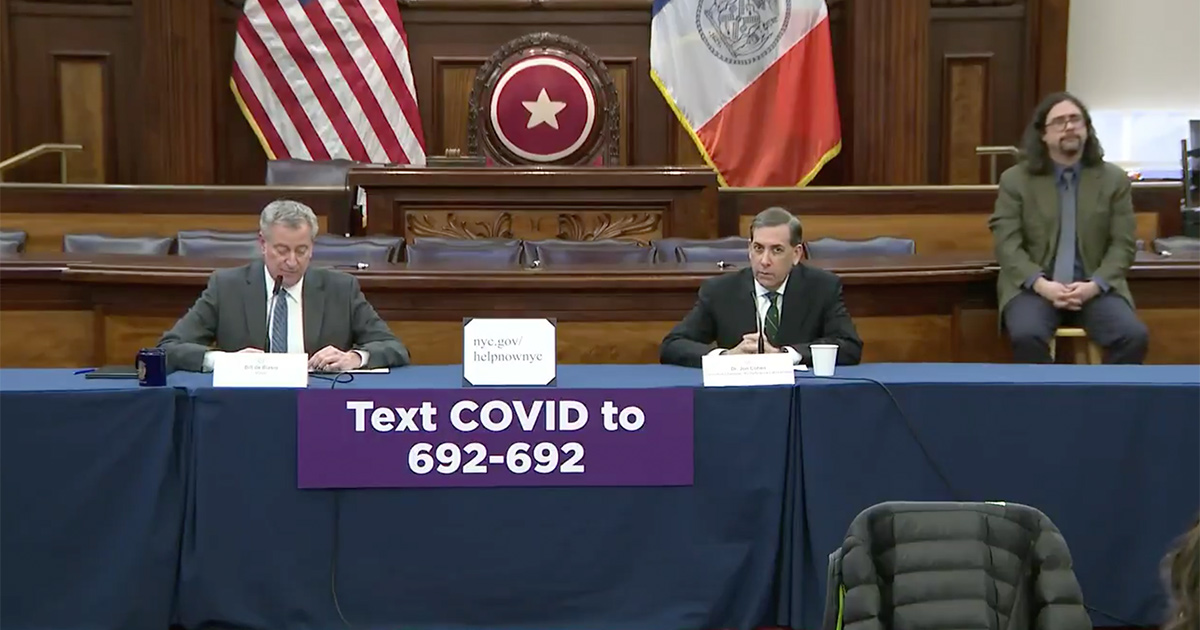 Mayor Bill de Blasio said that New York City residents should be preparing for the possibility of a “shelter-in-place” order this week.

Across the nation cities and states have been following the advice from the CDC and the Trump administration about social distancing and other guidelines on combatting the spread of the coronavirus. New York City is shutting down venues and businesses from local restaurants to Broadway theaters for now.

New York City Mayor de Blasio says there are discussions occurring regarding a potential shelter-in-place order for the city; says he expects to make a decision in the next 48 hours. pic.twitter.com/bEyGXNVBPa

De Blasio said Tuesday that the question of “shelter in place” is a “reality that’s being talked about” and something on many people’s minds.

“it’s quite clear this is a fast-growing crisis,” he said. “In my view, I think the right guidance to give all New Yorkers is even though a decision has not yet been made by the city or by the state, I think New Yorkers should be prepared right now for the possibility of a shelter-in-place order.”

“It has not happened yet, but it is definitely a possibility at this point,” De Blasio said, and added that people should expect an official decision in 48 hours.

In response to @NYCMayor saying a “shelter in place order” is possible for City, @NYGovCuomo Admin official confirms what @NYGovCuomo said this morning: Mayor’s cannot do that without State approval. From Cuomo, “That is not true. That cannot happen. It cannot happen legally”

"Any blanket quarantine or shelter in place policy would require State action and as the Governor has said, there is no consideration of that for any locality at this time."