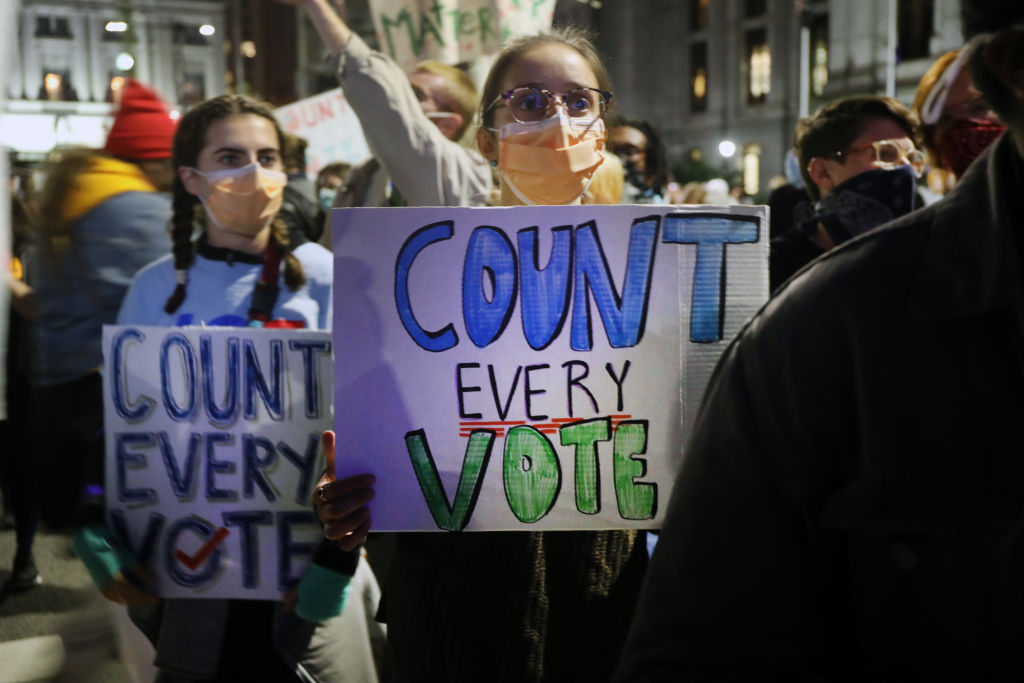 The event-organizing website Eventbrite has banned a pro-Trump group from organizing a march for the president, calling it “disinformation.”

“We’re reaching out regarding your event listing, “MARCH FOR TRUMP,” an email from the website said, according to images of the message shared Tuesday on Twitter. “We do not permit events, content, or creators that share or promote potentially harmful misinformation. In this instance, we have determined hat your event violates our community guidelines and is therefore not permitted on the Eventbrite platform.”

This is wild. Facebook, Mailchimp, and now Eventbrite all de-platformed a pro-Trump march, labeling it “misinformation.”

Woke corporate power, colluding against “wrong think.” Remember when it was just Alex Jones? The slope, it is so slippery. https://t.co/QyoQygzvNm

“Eventbrite just shut down our event and emailed everyone that it was canceled,” Women for America First Chair Amy Kremer wrote on Twitter. She clarified that the event — scheduled to begin Saturday on Washington, D.C.’s Freedom Plaza — was still set to take place.

“Big Tech is trying shut down our march,” Kremer added. “But we won’t let them.”

President Donald Trump’s supporters are expected to rally Saturday in support of the president’s effort to challenge the results of the 2020 election’s outcome in several states. Washington, D.C. Mayor Muriel Bowser said Tuesday she was advising business owners in the city to remove plywood and boards they had installed on their businesses before the election in anticipation of violent riots, but she did say they could expect an influx of visitors from other regions.