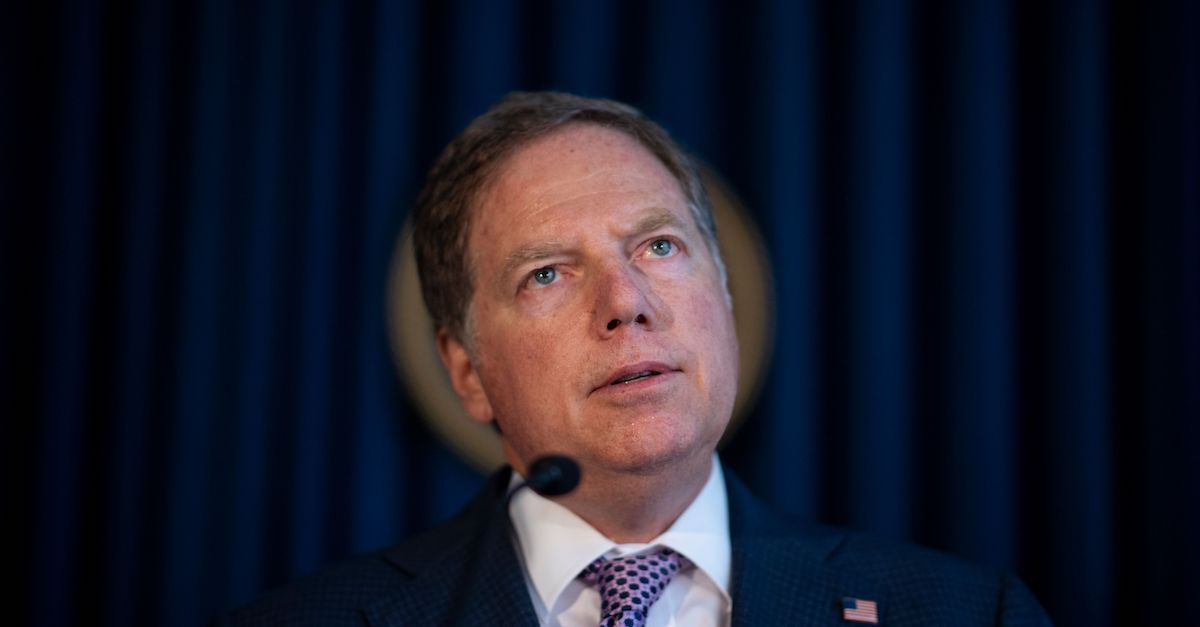 Fired U.S. Attorney Geoffrey S. Berman told the House Judiciary Committee that Attorney General William Barr tried to induce him into resigning by offering him other positions and suggesting it would be bad for his “future job prospects” if he refused, according to a written copy of Berman’s prepared testimony.

Berman said the attorney general made the comments during a 45-minute meeting on June 18, when Barr said that he was interested in moving Berman to a position in the Justice Department’s Civil Rights Division and appointing SEC Chairman Jay Clayton to replace him as the U.S. attorney for the Southern District of New York.

“The attorney general pressed me to take the Civil Division position, saying that the role would be a good resume builder,” Berman said in his testimony. “He said that I should want to create a book of business once I returned to the private sector, which that role would help achieve. He also stated that I would just have to sit there for five months and see who won the election before deciding what came next for me.”

Adding that Barr “repeatedly urged” him to take the position, Berman said, “The attorney general said that if I did not resign from my position I would be fired. He added that getting fired from my job would not be good for my resume or future job prospects. I told him that while I did not want to get fired, I would not resign.

He added that Barr said “he was trying to think of other jobs in the administration that might be of interest to me. I said that there was no job offer that would entice me to resign from my position.”

Berman led the highly coveted Southern District of New York from 2018 until he was fired on June 20, two days after meeting with Barr. During his tenure, Berman guided corruption investigations tied to members of President Donald Trump’s inner circle, including the president’s former personal attorney, Michael Cohen, who was convicted on felony charges of fraud and perjury in 2018, and the president’s current attorney, Rudy Giuliani — who also led the Southern District for six years under President Ronald Reagan.

In his testimony, Berman also accounted for confusion that took place the day before his firing, when reports emerged that he was stepping down despite his statements to the contrary. “Sometime after 9:14 pm on Friday I became aware that DOJ issued a press release that I would be ‘stepping down.’ That statement was false. The press release said, among other things, that the United States attorney for the District of New Jersey, Craig Carpenito, had been appointed by the president as acting U.S. attorney of the Southern District of New York effective July 3rd pending Jay Clayton’s nomination and confirmation for that position.”

Berman’s deputy, Audrey Strauss, has been serving in Berman’s position on an acting basis. Berman added in his remarks that Clayton was “an unqualified choice” and that Barr told him the plan to appoint Clayton “was solely prompted by Jay Clayton’s desire to move back to New York and the administration’s desire to keep him on the team.”