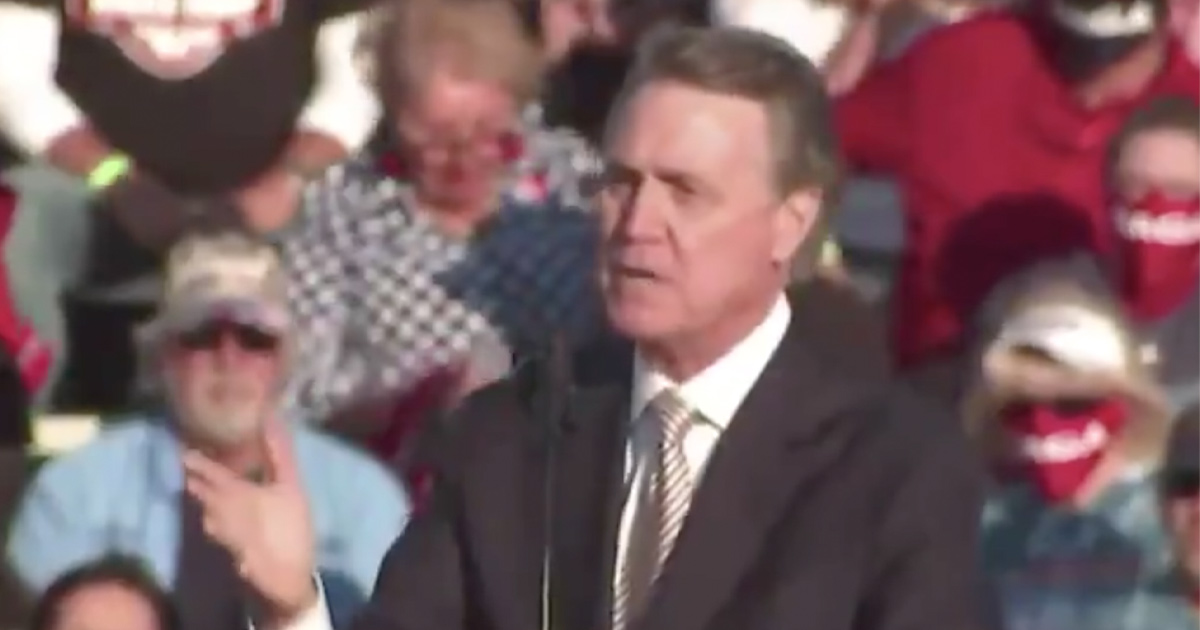 Senator David Perdue (R- GA) spoke at Donald Trump’s rally Friday before the president and fired up the crowd talking about what would happen if his opponents win.

“The most insidious thing that Chuck Schumer and Joe Biden are trying to perpetrate, and Bernie and Elizabeth and Kamala — Kah-ma-la or Kah-mah-la or Kamalamalamala, I don’t know,” he said, mockingly pronouncing his Senate colleague Kamala Harris’ name.

Here is the video of Senator David Perdue mangling the pronunciation of Kamala Harris’s name. pic.twitter.com/aVJU451bDi

Perdue was immediately blasted on social media, including from his opponent Jon Ossoff:

We are so much better than this. pic.twitter.com/9AvoQK4RdN

Yeahhh that says a lot more about Perdue than Harris https://t.co/bKoZCK7srq

This is absolutely disgusting. https://t.co/c5O2jvkBkr

Perdue and Harris have been colleagues in the Senate for three years — even serving on the sane budget committee together — but I’m sure this is an accident and not racist pandering from a desperate politician. https://t.co/VGDvWIDZqw

Safe to say, Sen. Perdue has served in the Senate with Sen. Harris long enough that it's likely he does know how to actually pronounce her name… https://t.co/by5gdcGCwZ

(Though Perdue is making fun of the actual name of a woman he has served with for four years.)pic.twitter.com/RYrHUR4CIS

This is bigotry and it's no way to treat a colleague, or anyone for that matter. https://t.co/LHWk9PFdne

Your macaca moment for 2020. This is not going to work out well for Perdue… https://t.co/7xgOeDJCVs

UPDATE — 7:57 pm ET: The Perdue campaign has responded in a statement provided to Mediaite saying, “Senator Perdue simply mispronounced Senator Harris’ name, and he didn’t mean anything by it. He was making an argument against the radical socialist agenda that she and her endorsed candidate Jon Ossoff are pushing, which includes the Green New Deal, Medicare-for-all, raising taxes, and holding up COVID relief for the people of Georgia.”