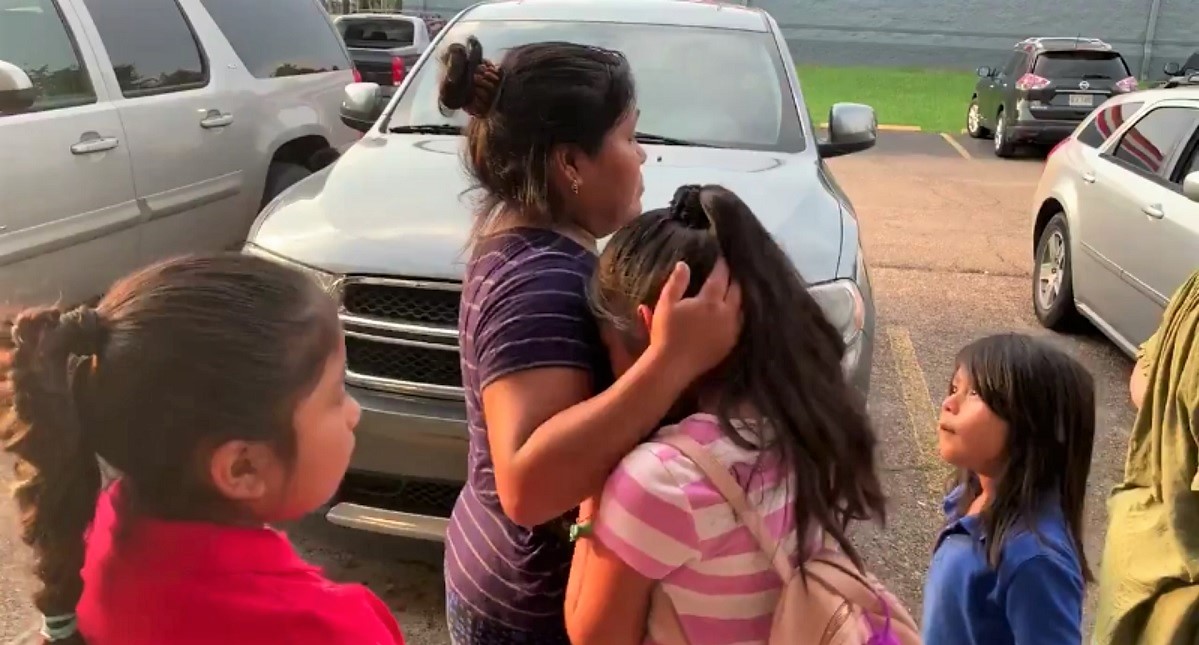 Americans got another look into the face of the Trump administration’s immigration policy in the form of crying children who were stranded by Immigration and Customs Enforcement (ICE) raids that swept up their parents.

On Wednesday, ICE agents conducted raids that swept up 60 workers from food processing plants across the state of Mississippi in what ICE acting director Matthew Albence reportedly boasted “could be the largest-ever workplace operation in any single state.

But as news of the raids unfolded, so did videos and pictures of the children who were left behind as their parents were taken away. WJTV reporter Alex Love posted heartbreaking video of some of these children, which quickly went viral.

HAPPENING NOW: In Forrest, Mississippi where one of the #ICE raids happened nearby Children of those who were arrested are left alone in the streets crying for help. Strangers and neighbors are taking them to a local gym to be put up for the night. FULL STORY TONIGHT ON @WJTV. pic.twitter.com/s2zuTTRYfM

Love also posted photos of the children being sheltered at a local gym.

Children of those arrested in Wednesday’s #ICE raids near Forest, MS. are being put up in a local gym tonight by neighbors/strangers. Many are left scared & crying after coming home from school & being locked out without their parents. Donated food & drinks are being provided. pic.twitter.com/d2juMdK1Vj

These children will go to sleep tonight with no idea when, or if, they’ll see their parents again. This is being done in our name—and it’s on all of us to end it. https://t.co/1LrSmiDRC3

On a day when President Trump is supposed to be embracing a grieving community and celebrating our American diversity in El Paso, his administration is instead stoking fear by conducting massive immigration raids in Mississippi.

He is morally unfit to lead this country. https://t.co/R7q41zefPu

Don’t worry about Trumps comments the other day about White Supremacy. He’s still with you. https://t.co/l7lSdkNzfb

These ICE raids are designed to tear families apart, spread fear, and terrorize communities. These children went to daycare and are now returning home without their parents because Trump wants to play politics with their lives. pic.twitter.com/hOm5TkTqxL

The moral vandalism of this administration has no end—how is traumatizing these kids, abandoning them, making anyone any safer? https://t.co/4UorOvu27n

The raid happened just as President Donald Trump was taking a trip to El Paso to visit with the victims of a white supremacist terrorist, timing which ICE says was merely coincidental.