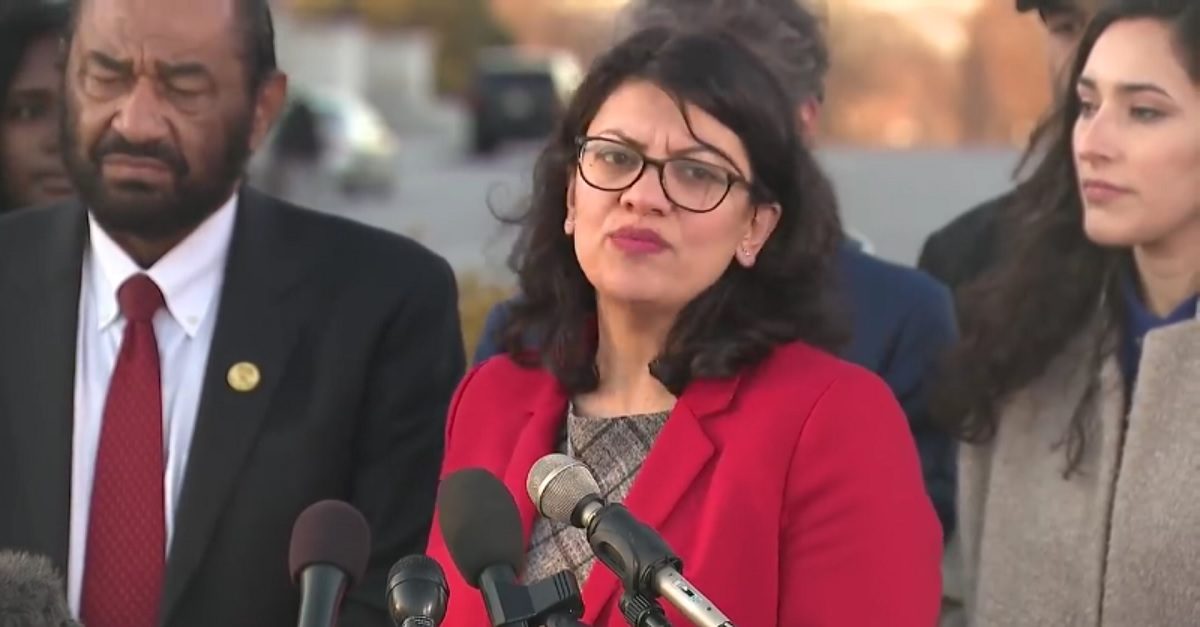 The House Committee on Ethics Investigation released large batch of emails as part of its ongoing probe of Congresswoman Rashida Tlaib (D-MI) into whether she misused campaign funds to personal purposes.

This past August, the Office of Congressional Ethics voted to open an investigation of Tlaib, saying: “Rep. Tlaib’s campaign committee, Rashida Tlaib for Congress, reported campaign disbursements that may not be legitimate and verifiable campaign expenditures attributable to bona fide campaign or political purposes. If Rep. Tlaib converted campaign funds from Rashida Tlaib for Congress to personal use, or if Rep. Tlaib’s campaign committee expended funds that were not attributable to bona fide campaign or political purposes, then Rep. Tlaib may have violated House rules, standards of conduct, and federal law.”

As part of its evidence uncovered during the investigation, the OCE has just released a tranche of documents that depict a financially strapped Tlaib discussing in 2018 with her campaign manager and other officials how her campaign could augment her Congressional salary.

Tlaib’s attorneys maintain that the Congresswoman did not break any campaign finance laws intentionally and cited FEC statutes that do allow campaign to “pay limited salary to candidates who curtail outside employment to focus on their campaigns.” They assert that Tlaib met the legal requirements to draw those payments.

In one email from April 2018, Tlaib complains to her campaign manager, Andy Goddeeris, and others that she is “struggling financially” and proposed a payment from the campaign as assistance to cover her personal expenses.

“I was thinking the campaign could loan me money,” she said. “But Ryan said that the committee could actually pay me. I was thinking a one time payment of 5k.”

“If it’s legally permissible I want to do what’s necessary so that this campaign doesn’t dig you a hole you’re struggling to get out of,” Goddeeris responded. “I think I have a better solution [than a loan] I would like to discuss. But I am 100% committed that you get the money you need to stay focused.”

Later that month, Tlaib again emailed other legislative and campaign staffers, including Goddeeris, to emphasize her dire financial situation.

“I am just not going to make it through the campaign without a stipend,” Tlaib wrote. “With the loss of a second income to lean back on, I am requesting $2,000 per two weeks but not exceeding $12,000. The cost of living stipend is going towards much needed expenses due to campaigning that includes car maintenance, child care and other necessities.”

Goddeeris and other Tlaib staff can be seen again attempting to accommodate his boss’s wishes, while still staying within the bounds of campaign and election laws.

“Well, I’ll be damned – it turns out that a salary is, in fact, permissible under very limited circumstances,” campaign consultant Ryan Lomonaco wrote at the end of April. However, he also noted that such a move would definitely draw attention to Tlaib and the campaign.

“But this type of payment, although legal and perfectly ethical, will be noticeable,” Lomonaco noted in the conclusion of the same email. “And it would not surprise me to see someone write a news article about it when it becomes public at the filing deadline on July 15.” 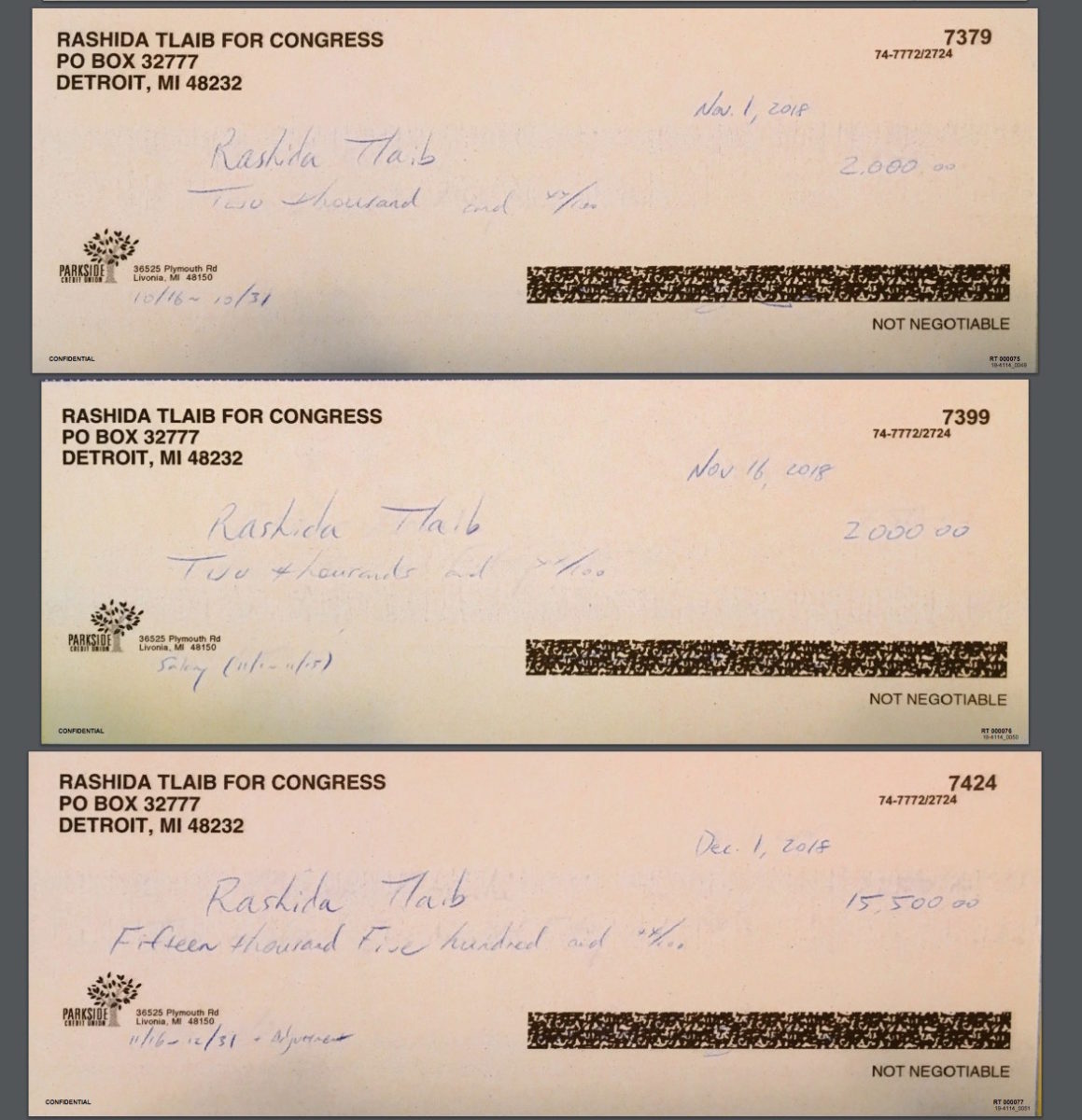 The OCE also included copies of 15 checks made out to Tlaib from her campaign account, starting in early May and running through December 2018. The checks totaled $45,500.