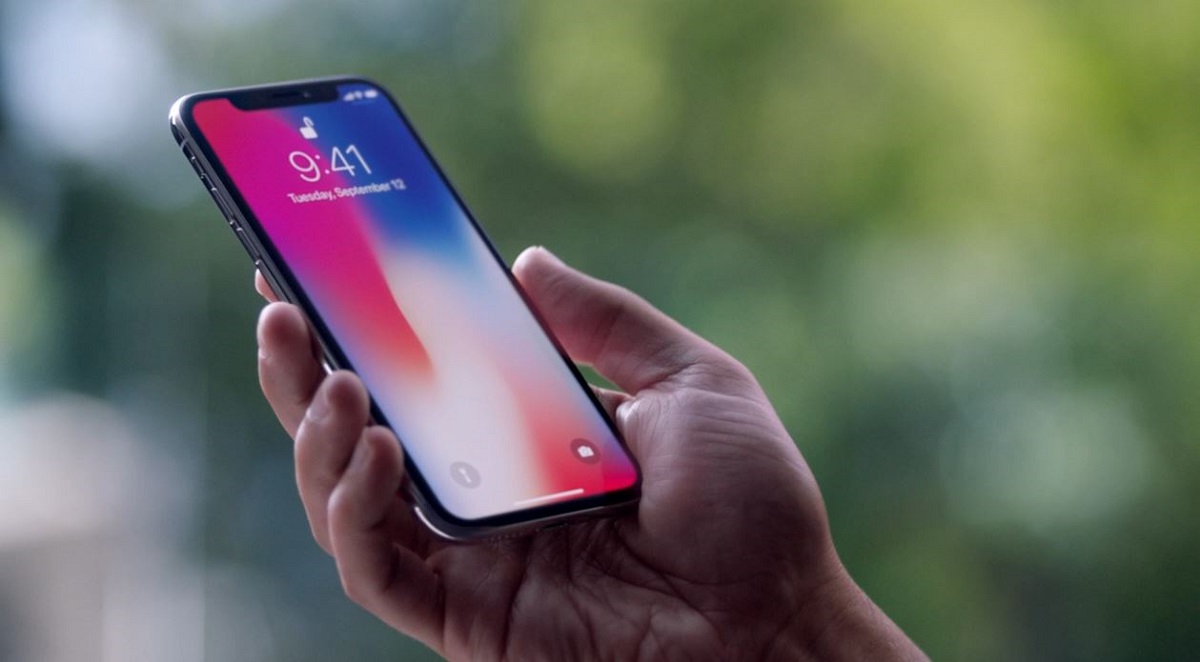 Apple warned Parler on Friday that it had 24 hours to develop a policy for moderating content before it would get the boot from the company’s app store.

“Apple is threatening to pull the Parler App,” conservative media mogul Dan Bongino, who purchased a stake in Parler this year, wrote in a message on the platform late Friday afternoon. “This is clearly an ideological decision, not a principled one. We are having a police state forced down our throats.”

“We have received numerous complaints regarding objectionable content in your Parler service, accusations that the Parler app was used to plan, coordinate, and facilitate the illegal activities in Washington D.C. on January 6, 2021 that led (among other things) to loss of life, numerous injuries, and the destruction of property,” the company said in an email. “The app also appears to continue to be used to plan and facilitate yet further illegal and dangerous activities.” 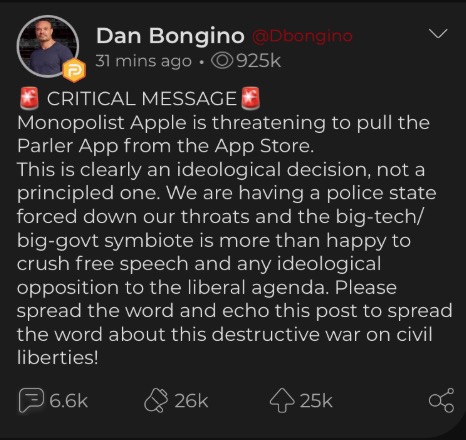 It isn’t clear that Parler, which bills itself as an alternative to Twitter more oriented toward free speech, was indeed used to coordinate any of this week’s unrest in Washington, D.C. However, critics have taken aim at the company for some of the content its users have published, including Lin Wood, a Georgia attorney who has sought to align himself with the QAnon movement. In a series of unhinged rantings this week, Wood used the website to call for the execution of Vice President Mike Pence. “Get the firing squads ready. Pence goes FIRST,” Wood wrote early Thursday morning.

Parler CEO John Matze suggested his company did not intend to acquiesce to Apple’s demand, writing in a post on his platform, “We will not cave to pressure from anti-competitive actors! We will and always have enforced our rules against violence and illegal activity. But we WONT cave to politically motivated companies and those authoritarians who hate free speech!

“Anyone who buys an Apple phone is apparently a user [of Parler],” he added. “Apperantly they know what is best for you by telling you which apps you may and may not use.”