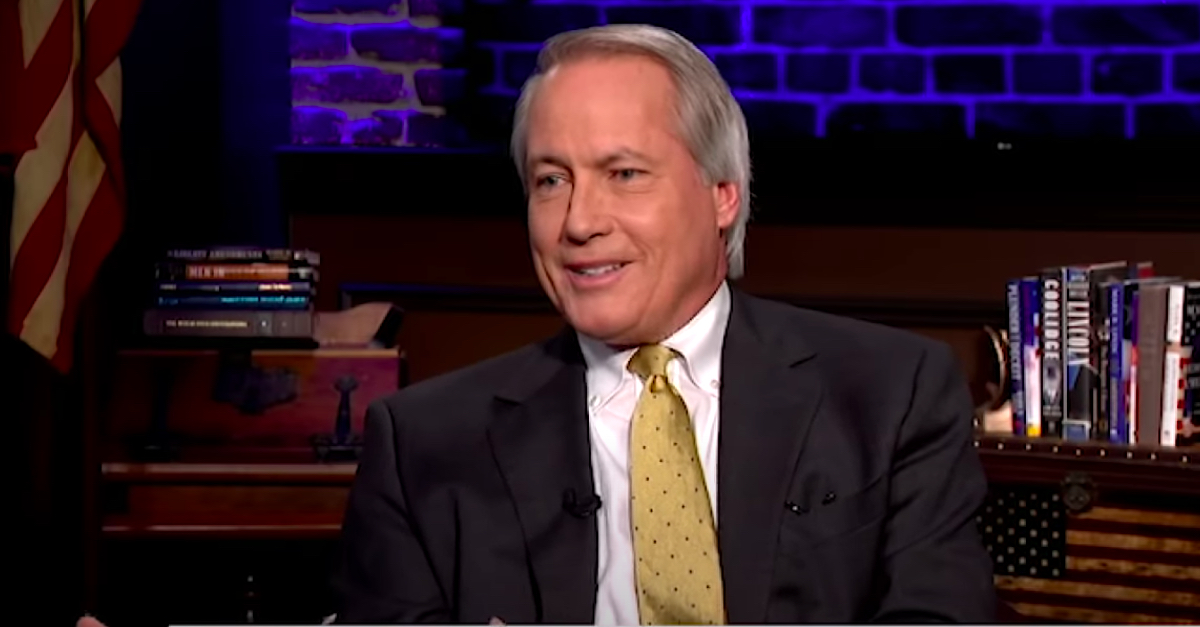 Pro-Trump lawyer Lin Wood has moved full-time to Parler after he was permanently suspended from Twitter on Thursday. On that conservative social media platform, Lin has continued to spew unhinged conspiracy theories, as well as threats directed at Vice President Mike Pence.

Parler, bills itself as a free-speech alternative to Twitter. On the platform, users send out “parleys” instead of tweets.

In case you were wondering what that lunatic Lin Woods is up to now… He’s now claiming that Ashli Babbitt is alive and well which is obviously not true. He’s also pretending her Twitter page was photoshopped to add RT’s of him, it was not. I saw them live & so did @Cernovich. pic.twitter.com/U16c7wHPCw

That post, which is completely baseless, is also now no longer on his timeline.

It’s unclear whether Wood deleted the posts or Parler removed them. Neither a Parler communications representative nor CEO John Matze responded to multiple requests for comment on the matter.

Wood also did not respond to Mediaite.

Other posts by Wood have pushed alarming conspiracy theories.

“I heard that Mike Pence is trying to figure out a way to become President,” Wood wrote on the platform Friday. He also accused Pence of working to “arrest and execute” Trump and his supporters. 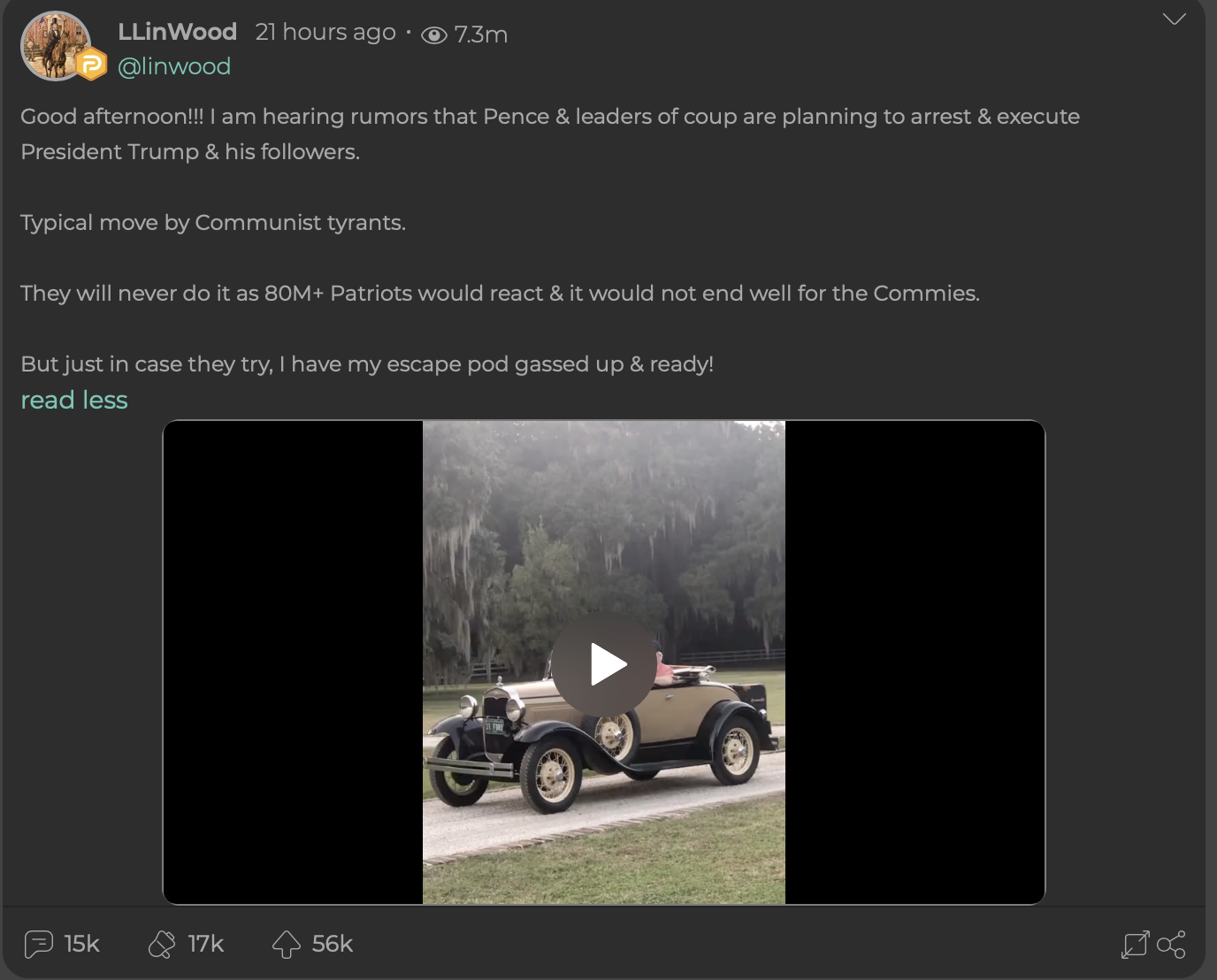 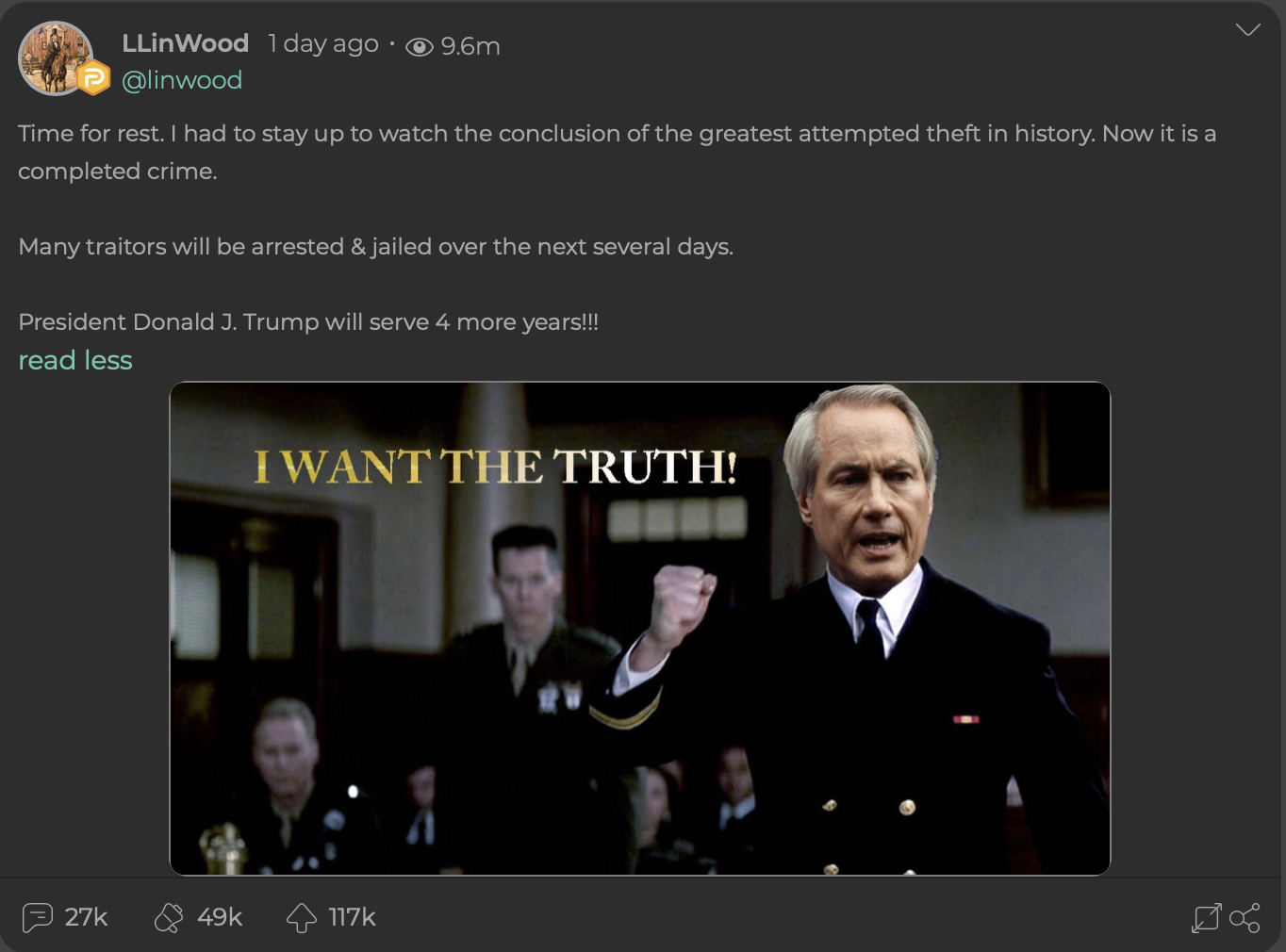 Despite being a social media platform that touts itself as a free speech alternative to Twitter, Parler does have rules. And it appears that some of Wood’s posts have broken community guidelines.

UPDATE (01/09/2021) 11:40 AM EST: Following publication, Parler CEO John Matze told Mediaite they had taken action against some of Wood’s “parleys,” including the message about the “firing squads.”

“Yes, some of his parleys that violated our rules were taken down,” Matze told Mediaite. “Including the ones you are talking about.”

Matze further wondered why Twitter didn’t take down this reporter’s tweet about Wood calling for a firing squad to kill Pence.

“I’m curious why Twitter never took down that tweet with the screenshot. Seems to be spreading Lin’s message, which was a violation on Parler,” Matze added.

Wood responded to Mediaite, saying he was unaware of the action Parler took against his posts.

“I am unaware of any actions by Parler to take down my posts,” Wood told Mediaite. “If such action occurred, I received no notification of it. My post about Pence was rhetorical hyperbole conveying my opinion that his actions on the Electoral College vote were treasonous to We The People.”