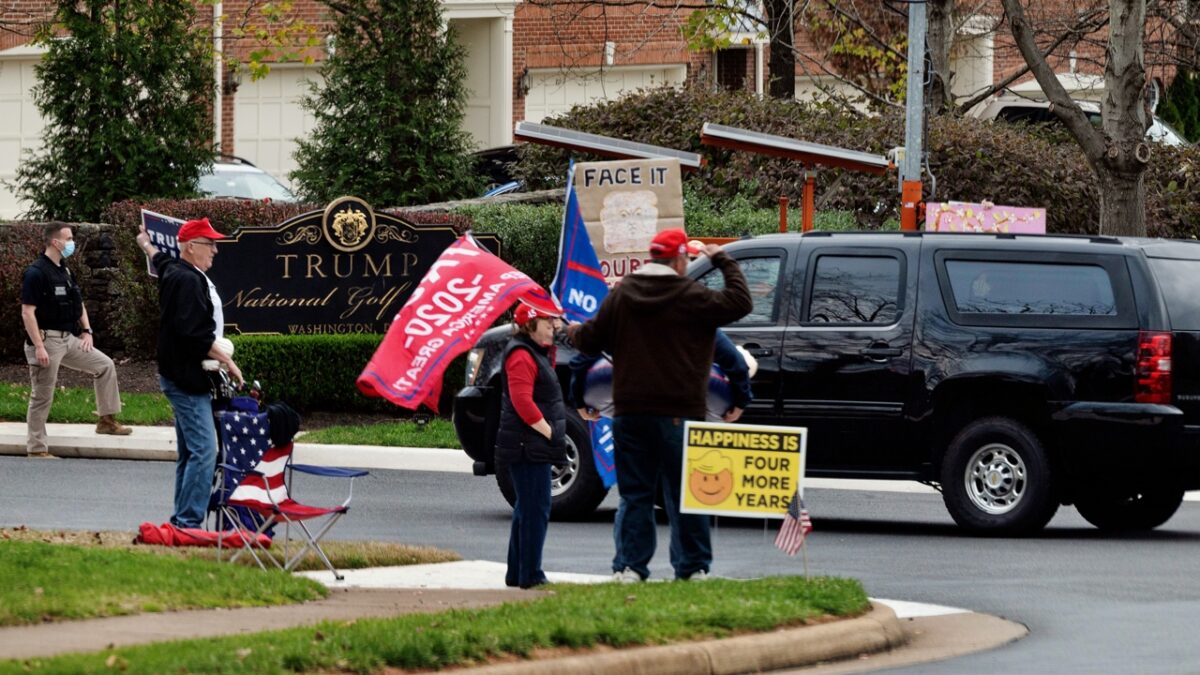 President Donald Trump dipped on a G20 meeting about pandemic preparedness to go golfing at his Virginia resort on Friday.

CNN reports that after a scheduled morning appearance at the G20, Trump is skipping a side-event on pandemic preparedness at the virtual G20 summit to go golfing:

It does not appear President Trump will participate in a side-event at the G20 virtual summit focused on pandemic preparedness.

The event — which is due to begin this hour — will feature remarks from the leaders of Germany, France, South Korea and Argentina.

The goal of the event is to “foster international cooperation and to find solutions that protect people’s lives and livelihoods,” the Saudi release says.

Trump has just arrived at his golf course in Virginia and does not appear on the list of speakers at the event.

According to pool reports, Trump got a mixed welcome at the course:

Arrived at Trump National Golf Club at 10:29. Uneventful drive. One man with a large Biden banner as the motorcade crossed the Potomac. A smaller crowd outside the entrance to the club than was the case last weekend. Some trump flags and a sign wanting Four More Years. Another sign: President Trump, Need a Fourth?

Not so supportive were other signs: “trump haiku
trump will not be here
to murder our grandchildren.
This makes me happy”

Also sign with the drawing of a piece of toast. “Face it. You’re Toast”

The United States is currently enduring a massive spike in a pandemic that has killed more than a quarter of a million Americans.