Kevin McCarthy Reportedly Told GOP Colleagues on Call to Stop Attacking Each Other: ‘Cut That Crap Out’ 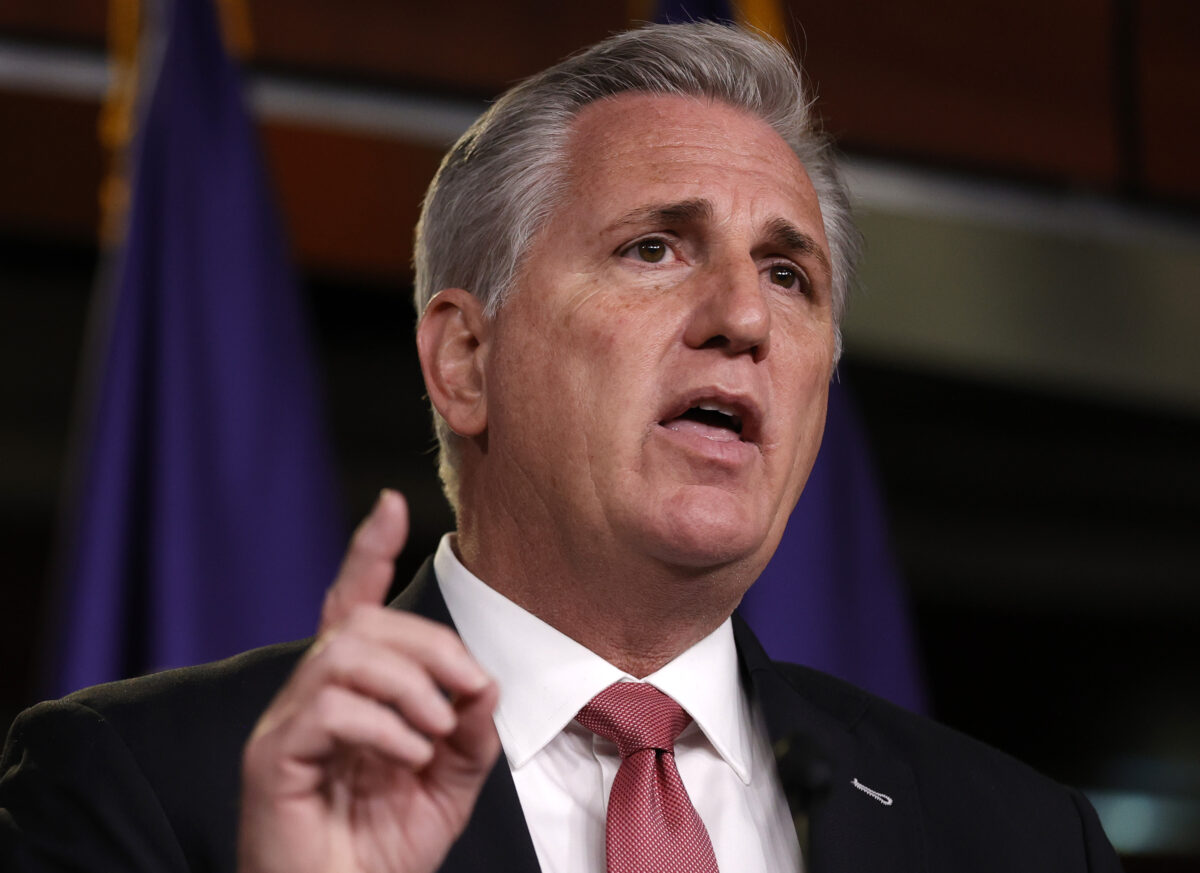 Amid some public friction in the Republican party, House Minority Leader Kevin McCarthy reportedly told members in a call to stop publicly going after each other.

CNN reported Wednesday that in a call Wednesday set up by the National Republican Congressional Committee, McCarthy told members to “cut that crap out”:

“No more attacks to one another,” he said, including over Twitter.

One GOP lawmaker, who asked not to be named, said that McCarthy’s message overall was upbeat and hopeful. “He said the only thing that can stop us from taking the majority is us.”

Some Republican members of Congress have been swiping at each other over the impeachment and impending trial of former President Donald Trump, given how 10 House Republicans voted in favor of impeachment, including Liz Cheney.

Cheney has come under intense criticism from more pro-Trump members of the caucus. For one example, Matt Gaetz has publicly taken multiple shots at Cheney over the past few days:

The Middle Eastern dictators she seeks to overthrow have higher approval ratings. https://t.co/3g8hEHvWcL

Per multiple reports earlier today, McCarthy is meeting with Trump in Florida tomorrow.