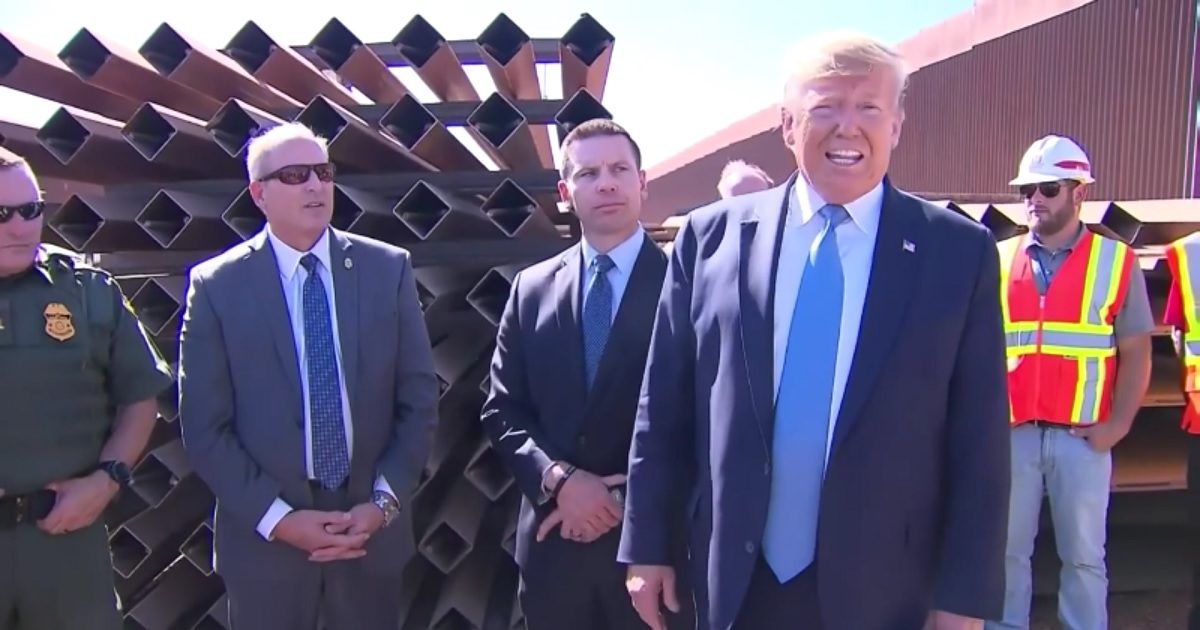 Trump has repeatedly touted the impenetrability of the new design, but apparently, smugglers have found a way to get through that requires nothing more than a hundred bucks and a hardware store. The Washington Post reports:

Smuggling gangs in Mexico have repeatedly sawed through new sections of President Trump’s border wall in recent months by using commercially available power tools, opening gaps large enough for people and drug loads to pass through, according to U.S. agents and officials with knowledge of the damage.

The breaches have been made using a popular cordless household tool known as a reciprocating saw that retails at hardware stores for as little as $100. When fitted with specialized blades, the saws can slice through one of the barrier’s steel-and-concrete bollards in a matter of minutes, according to the agents, who spoke on the condition of anonymity because they were not authorized to speak publicly about the barrier-defeating techniques.

After cutting through the base of a single bollard, smugglers can push the steel out of the way, allowing an adult to fit through the gap. Because the bollards are so tall — and are attached only to a panel at the very top — their length makes them easier to push aside once they have been cut and are left dangling, according to engineers consulted by The Washington Post.

The report goes on to say that an unnamed Trump administration official downplayed the breaches as “a few instances” and touted security and deterrence features on the new replacement barriers.

Since taking office, Trump has built zero miles of new border barrier, and procured zero dollars from Mexico to pay for any new barrier.