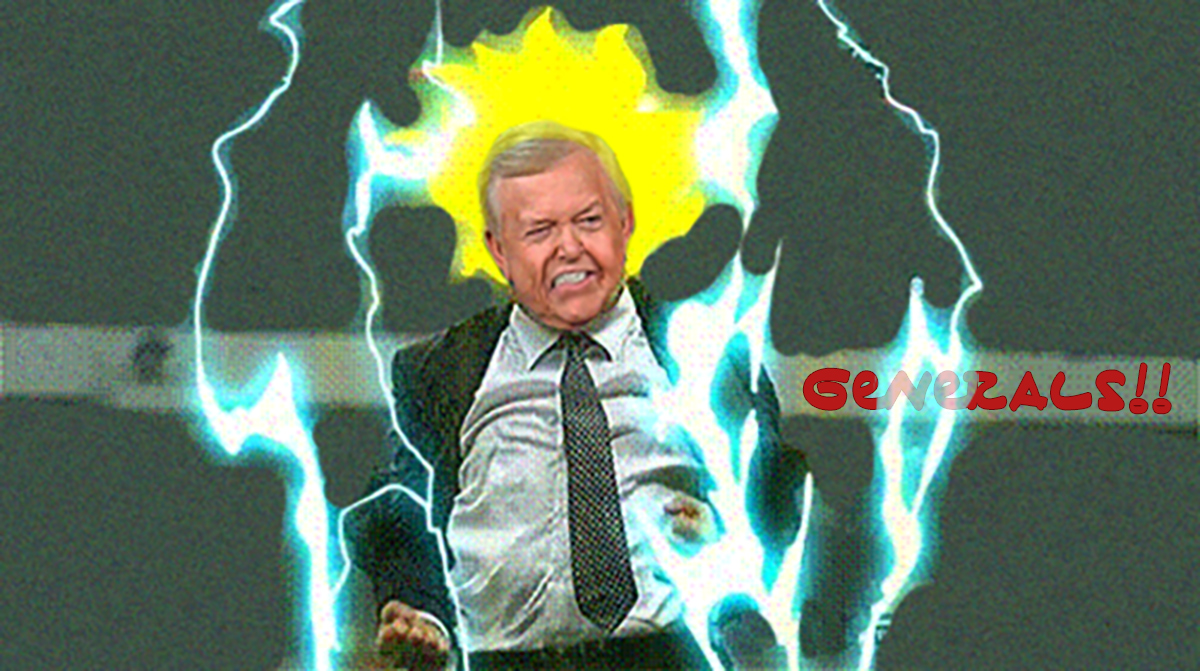 In a Tweet sent on Independence Day, he smeared the military and its leadership as losers, all the way back to 1991, because they have expressed concerns about President Trump turning his July 4th event into a political, campaign-style rally.

Dobbs was tweeting an article from a British newspaper, because America First, that cites sources quoted by CNN saying that military leaders are worried. “No wonder these Snowflake Generals haven’t won a war since 1991,” he remarked before including the article’s headline.

Dobbs has also been effusively praising the President for his decision to highlight that losing military at the event, and his decision to have those snowflake generals on stage with him is genius. “I love this idea of the president’s,” said Dobbs just Wednesday night, “I’ve been hoping for this for a very long time.”

So he’s getting his longtime wish that the war-losing military led by snowflake generals will be part of the celebration of America, is the basic summary of his position apparently.