Man In Blackface Crashes Ontario Protests Before Taken Away By Police 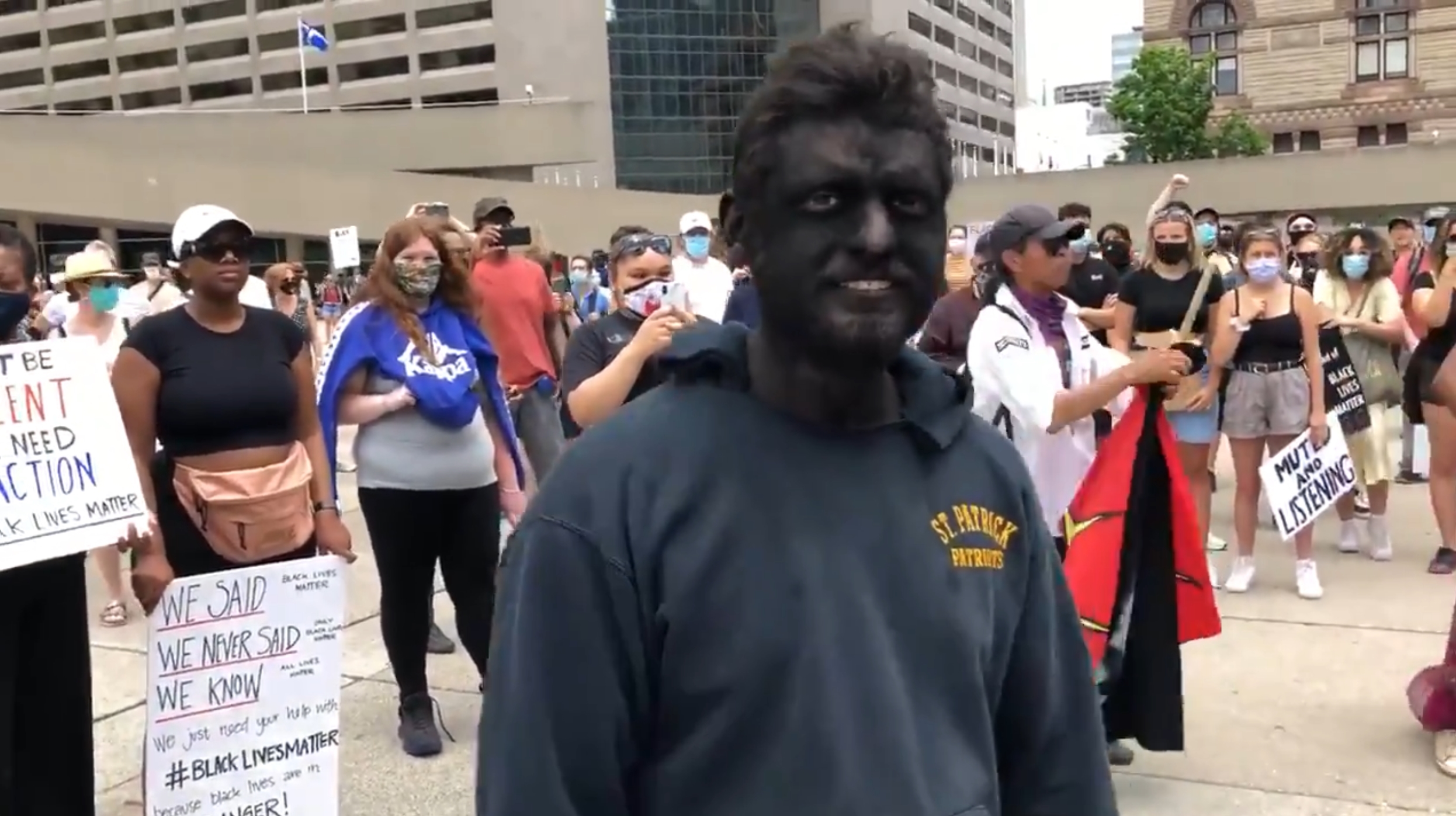 A man dressed in blackface crashed the peaceful protests at Nathan Phillips Square in Toronto resulting in a “tense” moment before police escorted him out.

Warning: language . The man was sprayed with water before being taken away by police. #Toronto #Torontoprorest pic.twitter.com/EHEgx4d1nf

More video: Police escort the person wearing black face paint out of Nathan Phillips Square — there are several people who follow them and ask for the person’s arrest. #BlackLivesMattertoronto #TorontoProtest pic.twitter.com/RUBUvIRbUe

Toronto Police later charged the unnamed man with for breach of the peace, according to breaking news reporter Kris Pangilinan.