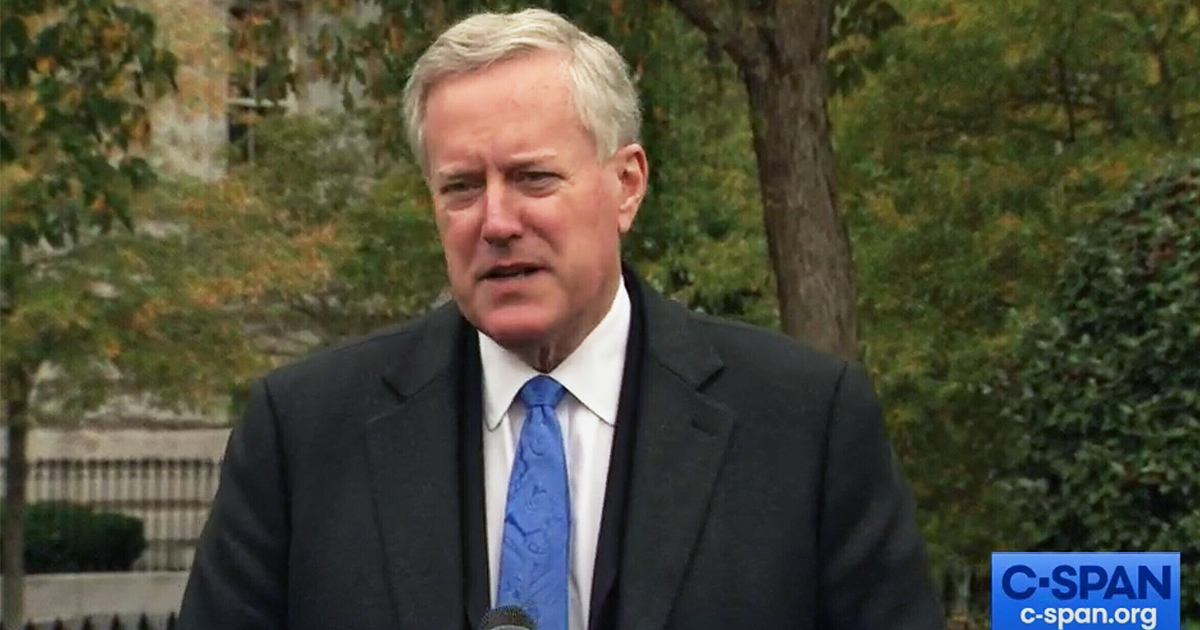 Former White House chief of staff Mark Meadows and other members of Donald Trump’s administration are reportedly having a hard time finding new jobs after the tumultuous end to the former president’s term.

A new report from Politico puts the spotlight on several of Trump’s allies who are charting their next moves after the president left Washington D.C. for Florida. Despite Trump’s loss in the 2020 election, the article suggests many of his ex-staffers thought they would move ahead with their lives after his presidency, or that they would help him lay the early groundwork for his 2024 campaign.

For a lot of people, however, this apparently changed when Trump’s presidency ended with him inciting the insurrectionist mob that stormed the U.S. Capitol in a violent attempt to overturn his election defeat.

“Tainted by Trump’s reputation, several Trump aides described an increasingly bleak job market with virtually no chance of landing jobs in corporate America and some even having seen promising leads disappear,” the article says. “A second former White House official said they knew of ‘people who got jobs rescinded because of Jan. 6.'”

The report notes that Johnny McEntee and Hope Hicks, both longtime Trump loyalists, decided not to follow the president to Florida. As for Meadows, two sources told Politico that he faces such a lack of options that he is now considering a job for the Trump Organization.

“It’s a far different reality from where Trump and his aides had envisioned they would be,” Politico reports. “Now, the former president’s team is scampering away — willing to leave Washington, in some cases for red states like Texas and Florida, to increase their job prospects — while his own second act is clouded by uncertainty.”