Matt Gaetz Jokes About Catching ‘The Florida Variant’ of Covid: ‘It Affects The Brain’ 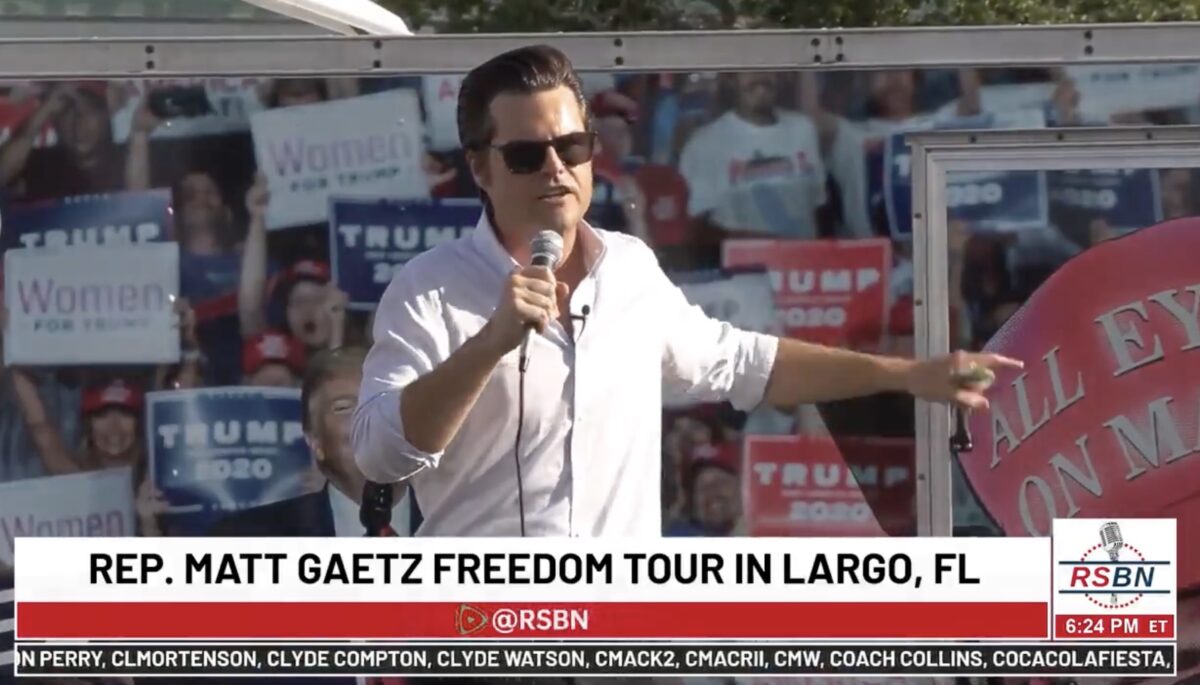 As Covid-19 cases hit a record high in Florida — 21,683 new cases, the highest daily total since the pandemic began, according to the AP — self-proclaimed “Florida Man” Rep. Matt Gaetz (R-FL) used the contagious virus as fodder for jokes at several rallies held on Saturday, telling his audience that instead of catching the Delta variant, he had caught the “Florida variant.”

Gaetz: I got the Florida variant. I got the freedom variant. It affects the brain. pic.twitter.com/U4XGhbVqph

Gaetz kicked off his “Florida Man Freedom Tour” on Saturday and video clips from his event in Largo, Fl. showed the congressman mocking experts who had been warning people to “look out for the Delta variant, or the Lambda variant — next it’s going to be like the Chi Omega variant.”

“I got the Florida variant!” Gaetz continued. “I got the freedom variant! It affects the brain. It gets you to think for yourself, where you don’t just surrender to the truth that they’re trying to create in corrupt Big Media.”

According to Florida Today, Gaetz made similar comments about catching a “Florida variant” at the rally in Melbourne, Fl., which he claimed provided skills in “hunting, fishing, and hugging your family.”

This “Florida Man Freedom Tour” follows an “America First” tour Gaetz held with Rep. Marjorie Taylor Greene (R-GA), a series of events that generated headlines both for Gaetz and Greene’s own comments and for the difficulty the duo had in finding locations willing to host them. One particular event in California was cancelled three times after venues cited security concerns.

A spokesperson for the Hilton Melbourne Beach Oceanfront, the venue for Gaetz’s Melbourne event, told Florida Today that the event had been registered under the name “Logan Circle Group” and they did not know that the Florida congressman would be speaking.