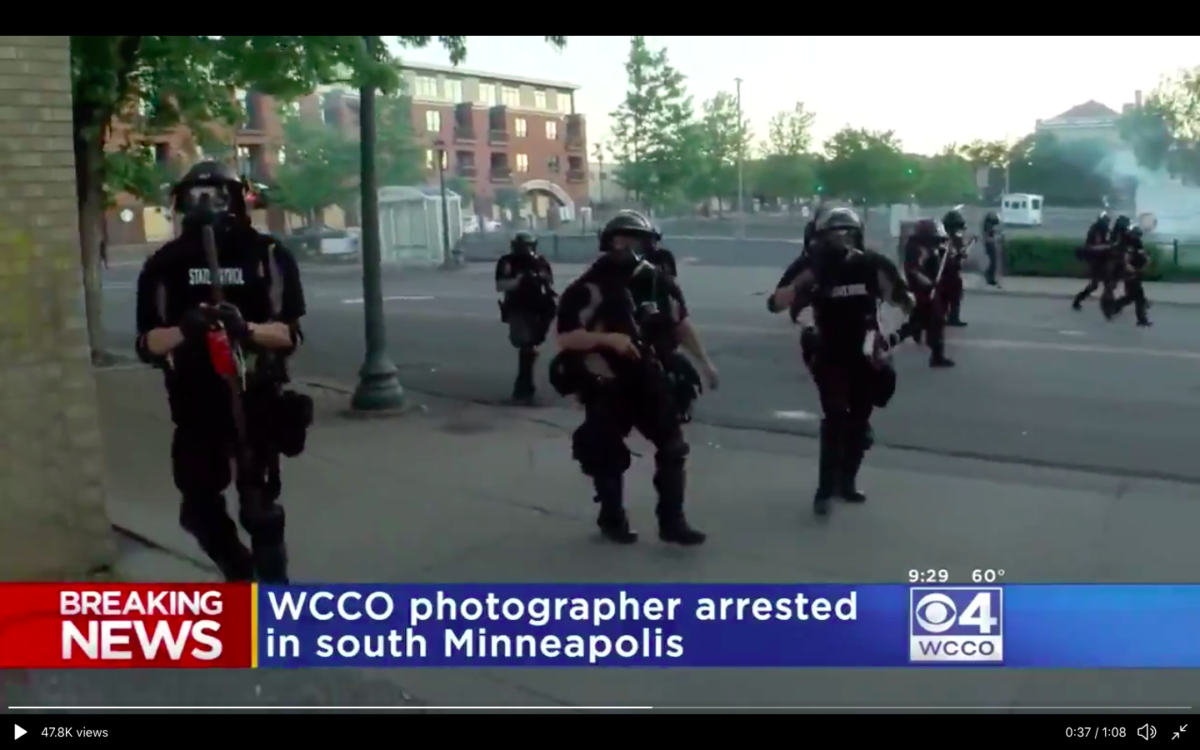 Tom Aviles, a veteran photojournalist with WCCO, Minneapolis’ CBS affiliate, was struck in the leg by a rubber bullet and then arrested by Minneapolis police Saturday evening while covering the protests over the killing of George Floyd.

Aviles was filming at the time, so the incident is captured on video, although at the end the view is obscured as Aviles’ camera falls to the ground.

WCCO photojournalist records himself getting shot in the leg with a rubber bullet and arrested by state patrol pic.twitter.com/kPVn6SZU65

A longer video was posted on the WCCO website:

A line of police officers in riot gear advance forward, firing what appears to be tear gas and rubber bullets. Aviles can be heard yelling in pain, “Ah! Jesus Christ!” as the video footage gets shaky and he attempts to move away from the police.

One officer approaches Aviles and instructs him to leave.

“Where do I go? I’m with WCCO,” Aviles replies. He identifies himself as affiliated with WCCO several times, and also yells at other officers who were apparently approaching the station’s vehicle, “That’s a WCCO car!”

The officers continue to shout for him and the other people present to go, move along, and Aviles keeps moving away from them, shouting repeatedly for his producer, “Joan.”

“Do not fight!” instructs the officer.

WCCO reported that they had been in contact with Aviles and “he’s OK and CBS attorneys have been called” and were working on getting him released.

The producer, Joan Gilbertson, reported that the police officers had threatened to arrest her as well. Like Aviles, she had repeatedly identified as a member of the local media, and put her hands up and said “don’t shoot me.” She was not arrested and was able to pick up Aviles’ camera and bring it back to the station.