Nancy Pelosi Announces Fines Up To $10 Grand For Skirting Metal Detector At Capitol: ‘Tragic That This Step Is Necessary’ 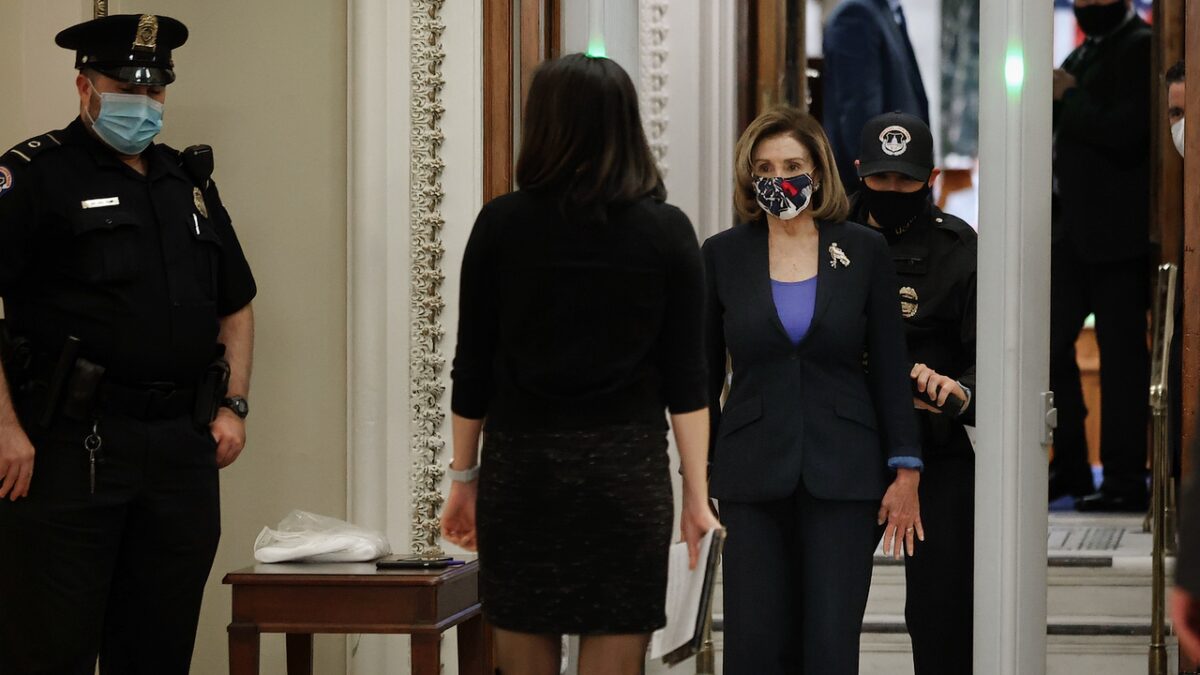 After a raft of violations, Speaker of the House Nancy Pelosi announced that members of Congress will be fined up to $10,000 for flouting metal detectors and other security measures in the House of Representatives chamber.

Led by QAnon believer Rep. Lauren Boebert, several Republican House members have been pushing past Capitol Police after setting off the chamber’s metal detectors or skirting them altogether. And according to Pelosi, they’ve also been verbally abusing officers attempting to enforce those security measures.

Consequently, Pelosi announced Wednesday night that the House will be passing a rule imposing stiff fines on members who violate security measures, and specifying that the fines will be deducted directly from the member’s pay (press release via email to Mediaite):

Washington, D.C. – Speaker Nancy Pelosi today announced that, when returning to session on January 21, the House will vote on a rule change mandating fines for Members who refuse to follow new screening protocols for House Chamber:

“On behalf of the House, I express my deepest gratitude to the U.S. Capitol Police for the valor that they showed during the deadly insurrection on the Capitol, as they protected the lives of the staff and the Congress.

“Sadly, just days later, many House Republicans have disrespected our heroes by verbally abusing them and refusing to adhere to basic precautions keeping members of our Congressional community, including the Capitol Police, safe. The House will soon move forward with a rule change imposing fines on those who refuse to abide by these protections. The fine for the first offense will be $5,000 and $10,000 for the second offense. The fines will be deducted directly from Members’ salaries by the Chief Administrative Officer.

“It is tragic that this step is necessary, but the Chamber of the People’s House must and will be safe.”

The announcement follows another proposed rule change that will assess fines of up to $1000 for members who refuse to wear masks on the House floor.