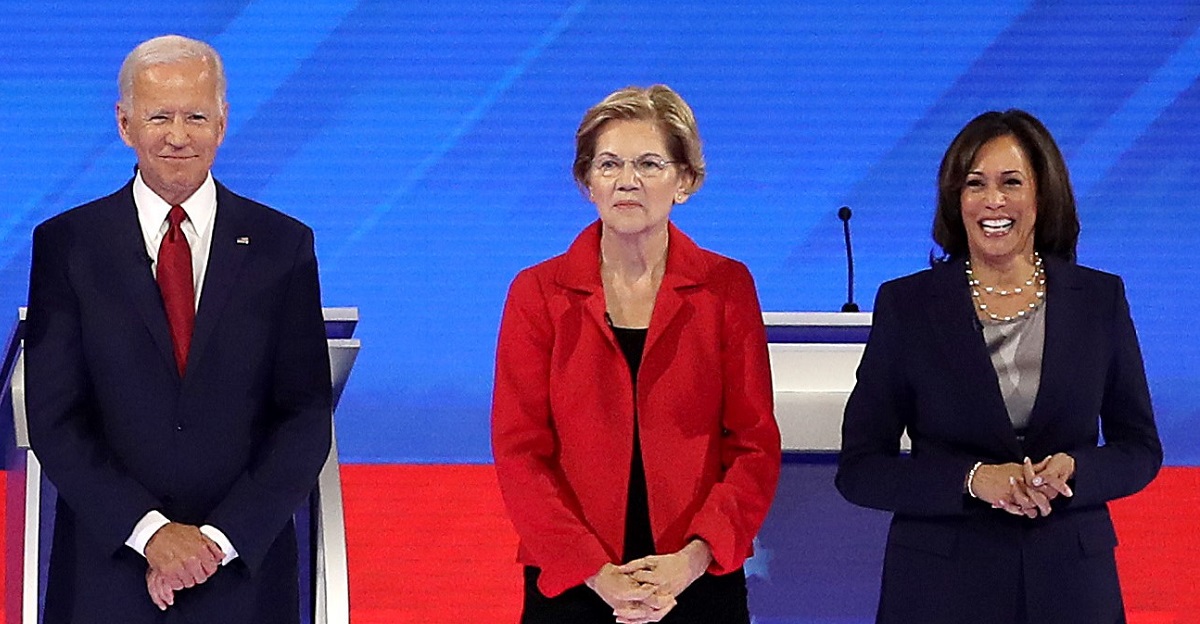 California Senator Kamala Harris is the top choice among black voters to join former Vice President Joe Biden’s ticket as his running mate according to a new poll, and her approval rating among black voters has more than doubled since April.

On Friday, The New York Times’ David Leonhardt reported that Senator Harris has risen to the top of the running mate pack, writing:

Kamala Harris is emerging as the front-runner to be Joe Biden’s running mate for one reason above all others: She is the only female African-American possibility who has the political experience typical of vice presidents.

Biden has promised to choose a woman. The current reckoning with racism — as well as the importance of black turnout — has led many Democrats to say he should choose a black running mate. And Harris is a high-profile senator who has also been California’s attorney general.

All of the other potential black female candidates are lighter on national political experience than any modern vice president. Stacey Abrams’s highest job was in the Georgia state legislature. Susan Rice has never held elected office. Others have served as mayors or in the House.

Now, there’s even more data to back up that reporting.

In the latest Yahoo News!/YouGov poll, Massachusetts Senator Elizabeth Warren leads the veepstakes overall. When asked “Of the following people, who do you think Joe Biden should pick as his running mate?”, 30 percent selected Warren, with Harris in second at 24 percent.

That’s a reversal from a May poll in which Warren led on the question with black voters at 41 percent, and Harris trailed distantly with 23 percent. And since April, Harris’ favorability among black voters has surged from 40 percent to 52 percent in YouGov’s tracking poll.

Crucially, the new poll is consistent with other polling in that it shows 54 percent of voters and a whopping 72 percent of black voters selected a black woman as their favorite to join Biden’s ticket.