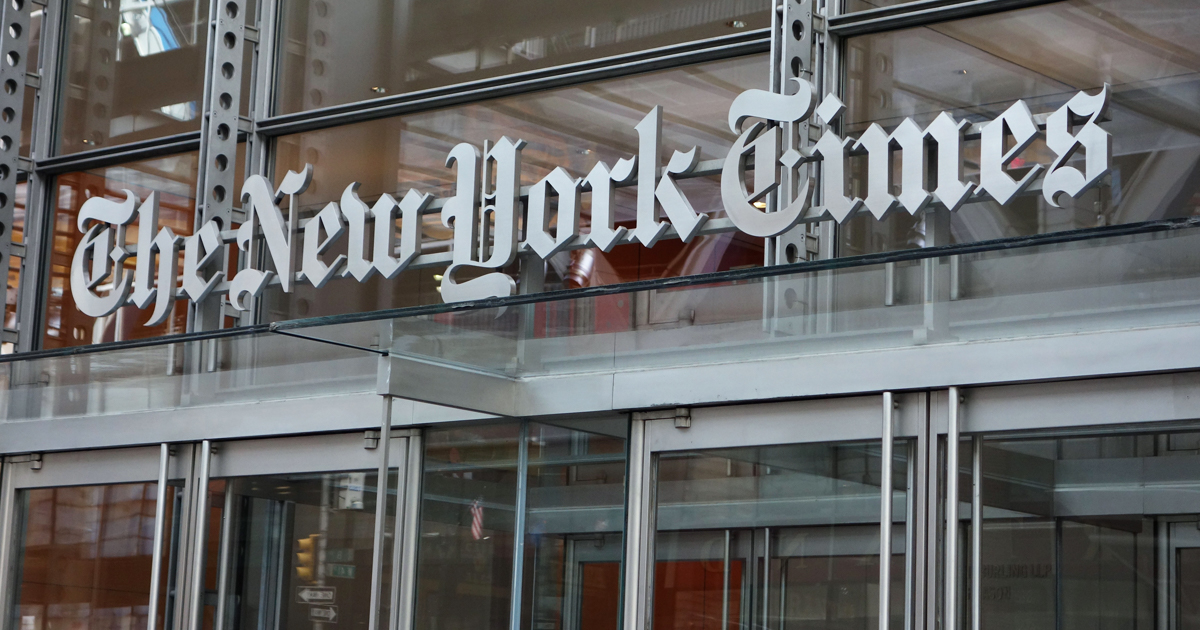 The New York Times announced on Sunday that James Bennet has resigned his position as head of their Editorial Page.

The Times issued a press release saying Bennet’s resignation would “immediately” go into effect, and deputy editorial page editor Jim Dao “is stepping off the masthead and being reassigned to the newsroom.”

“James is a journalist of enormous talent and integrity who believes deeply in the mission of The Times,” said Times publisher A.G. Sulzberger. “He oversaw a significant transformation of the Opinion department, which broadened the range of voices we publish and pushed us into new formats like video, graphics and audio. I’m grateful for his many contributions.”

Sulzberger also announced that Katie Kingsbury will take over Bennet’s role, saying she has been “instrumental in reimagining Opinion” since joining the paper.

“The journalism of Times Opinion has never mattered more than in this time of crisis at home and around the world, and I’ve been honored to be part of it,” Bennet said in his own statement. “I’m so proud of the work my colleagues and I have done to focus attention on injustice and threats to freedom and to enrich debate about the right path forward by bringing new voices and ideas to Times readers.”

The Times’ editorial board shakeup comes days after they witnessed a staff revolt for publishing a controversial op-ed on the George Floyd protests from Senator Tom Cotton. Sulzberger initially defended the publication of Cotton’s piece, but the Times has acknowledged that it “should not have been published” between its incendiary content and failure to meet their fact-checking standard.

In addition to the press release, Sulzberger sent out a staff memo lamenting that “last week we saw a significant breakdown in our editing processes, not the first we’ve experienced in recent years. James and I agreed that it would take a new team to lead the department through a period of considerable change.”