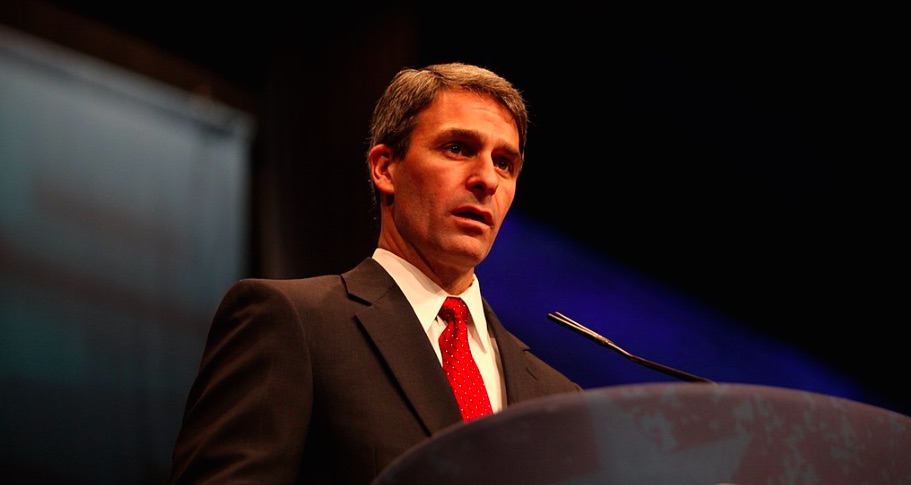 Karma may be coming for Ken Cuccinelli.

After years of insulting and disparaging Senate Majority Leader Mitch McConnell and other Senate Republicans, the former Virginia attorney general may now need their votes if President Donald Trump nominates Cuccinelli for a high-level immigration post in the administration.

According to Politico, Cuccinelli’s former targets are already throwing plenty of cold water — and shade — on his  prospects for Senate confirmation.

“He’s spent a fair amount of his career attacking Republicans in the Senate, so it strikes me as an odd position for him to put himself in to seek Senate confirmation,” Sen. John Cornyn (R-TX) told Politico. “It’s unlikely he’s going to be confirmed if he is nominated.”

Calling the potential nomination a “long shot,” Senate Republican whip John Thune (R-SD), also offered up his own low-key take of “what comes around, goes around” to Politico. “They’ll go forward with it or they won’t,” Thune said, “but I will suspect he’ll have plenty of obstacles once he gets here.”

Cuccinelli has long been a die-hard pro-Trump advocate and White House officials have leaked news that he will soon be tapped to head the U.S. Customs and Immigration Service. The move is widely interpreted to be part of an ongoing purge of DHS officials who are deemed insufficiently loyal to the president’s — and White House aide Stephen Miller’s — restrictionist immigration agenda.

“My focus right now is on achieving President Trump’s immigration goals,” Cuccinelli told Politico. “It would certainly be my hope that senators’ primary interest is in the accomplishment of policy rather than politics.”

But Cuccinelli is also in the unenviable position of being the replacement of a former aide and friend of Republican Sen. Chuck Grassley (R-IA), who has publicly praised Francis Cissna, the departing head of USCIS. Cissna was reportedly pushed out to make way for Cuccinelli.

A more likely scenario, according to Politico, is that Trump appoints Cuccinelli to the post of USCIS head in an acting capacity, a favored tactic this administration has used repeatedly to skirt ugly confirmation fights and avoid scrutiny of nominees.